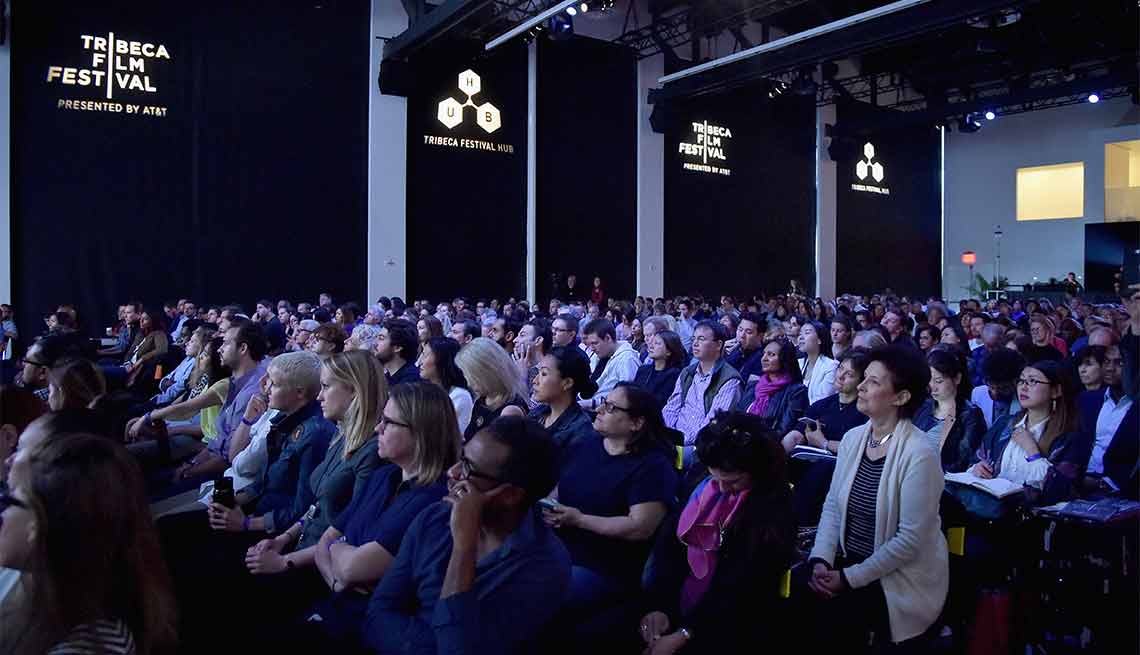 Moviemakers have descended on lower Manhattan this week for the conclusion of the 11-day Tribeca Film Festival, which runs through Sunday. They’ve been premiering their new films — more than 100 in all — and speaking about them in panel discussions. We were there and picked up these tidbits: 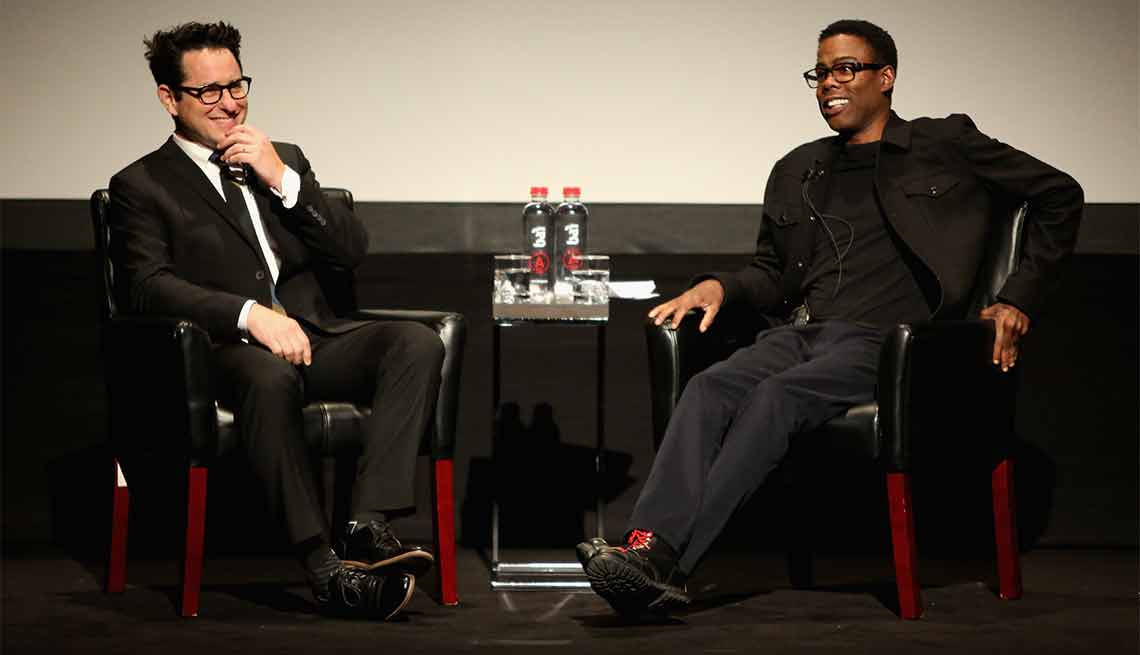 Star Wars producer-director J. J. Abrams revealed Mark Hamill’s discomfort as he scanned the script for Star Wars: The Force Awakens to find that his character, Luke Skywalker, appears only on the final page. “Imagine him reading that script,” Abrams told Chris Rock during an onstage conversation. “’He’s flipping the pages, thinking, ‘What the …?’” As for the film’s final image — Luke standing silently atop a mountain — “Mark asked me if I thought it might seem like some sort of joke.’ And I said, ‘Well, I don’t think it will …’”

Best pals Lily Tomlin and Jane Fonda are way past worrying about age, they told a Tribeca audience. “When you look at aging from the outside, it’s terrifying,” said the 78-year-old Fonda. “But when you’re smack dab in the middle of it, it’s not scary at all. In fact, it’s better.” Tomlin, 76, who costars with Fonda in the Netflix series Grace and Frankie, seconded that emotion. “I pity so many of you here!” she said, eyeing the largely youth-afflicted audience. “There were no good old days,” Fonda then piped up. “It’s right now!”

* Elvis & Nixon
Michael Shannon is the King; Kevin Spacey is the Prez. Both are pitch perfect in this delightful fly-on-the-wall look at Elvis’ impromptu 1971 Oval Office visit.

Susan Sarandon shines as the overinvolved mother of a TV writer (Rose Byrne). She smothers the poor girl with attention — until, that is, she catches the eye of a charming ex-cop (J. K. Simmons) who rides a Harley and raises chickens.

Tom Hanks stars as a struggling U.S. businessman who travels to Saudi Arabia in a last-ditch bid to sell new technology to an Arab monarch.

Leonardo DiCaprio gets mauled by a bear, but he gets his revenge by chewing up the scenery for the next 2½ Oscar-winning hours.

* The Lady in the Van

A fact-based dramedy with delightful Maggie Smith as the woman who parked her vehicle in the London driveway of playwright Alan Bennett (Alex Jennings) and lived there for 15 years. FULL REVIEW

* Drunk, Stoned, Brilliant, Dead: The Story of the National Lampoon
The rise and fall of the groundbreaking humor magazine is traced in a documentary that chronicles its impact on what we think is funny. See it or they’ll kill this dog.

J. J. Abrams’ follow-up to his 2008 monster epic Cloverfield has John Goodman in the lead — and that’s good enough for us.

The first two hours are spent setting up the unique conditions under which Superman and Batman can fight on equal terms. By then, they — and we — have forgotten what they’re so mad about.

In a biopic that riffs freely between fact and fiction, Ethan Hawke is tragically endearing as 1950s jazz legend Chet Baker. FULL REVIEW

Melissa McCarthy is as defiantly funny as ever, playing a fallen corporate mogul making her comeback in the brownie business. But her perennial blowhard-with-a-heart-of-gold shtick is wearing thin. FULL REVIEW

Helen Mirren stars as a British commander who must decide whether to take an innocent life in a drone strike on a terrorist training camp. The universally excellent performances include that of the late Alan Rickman in his final film role. FULL REVIEW

Director-cowriter Nanni Moretti’s extraordinary study of a film director trying to balance work and caregiving strikes one visceral chord after another.

Producer-director-writer-star Don Cheadle’s heartfelt bio of Miles Davis follows the drug-addled trumpeter through a night-long quest to recover a stolen session tape. It’s a jumble out there, but Cheadle is brilliant.

Jennifer Garner and Queen Latifah costar in this faith-based film about a mother whose daughter survives a terrifying accident, then finds herself miraculously cured of a “fatal” digestive disorder.

The cast of the 2002 original is back, as boisterous and big-haired as ever. Michael Constantine and Lainie Kazan shine as 70-somethings who learn their 50-year marriage was never sanctified. FULL REVIEW

Christopher Plummer holds us in thrall as a nursing-home resident suffering from dementia who sets off on a cross-country bus trip to kill a Nazi war criminal. FULL REVIEW