Here’s a movie couple we’ve been dying to meet ever since the cast was announced: Susan Sarandon stars as an East Coast widow who moves to L.A. to be with her daughter — and finds herself pairing off with a Harley-riding security guard named Zipper, played by ever-reliable Oscar winner J. K. Simmons (Whiplash). In this clip, exclusive to AARP Movies for Grownups, Zipper offers the lady a ride. 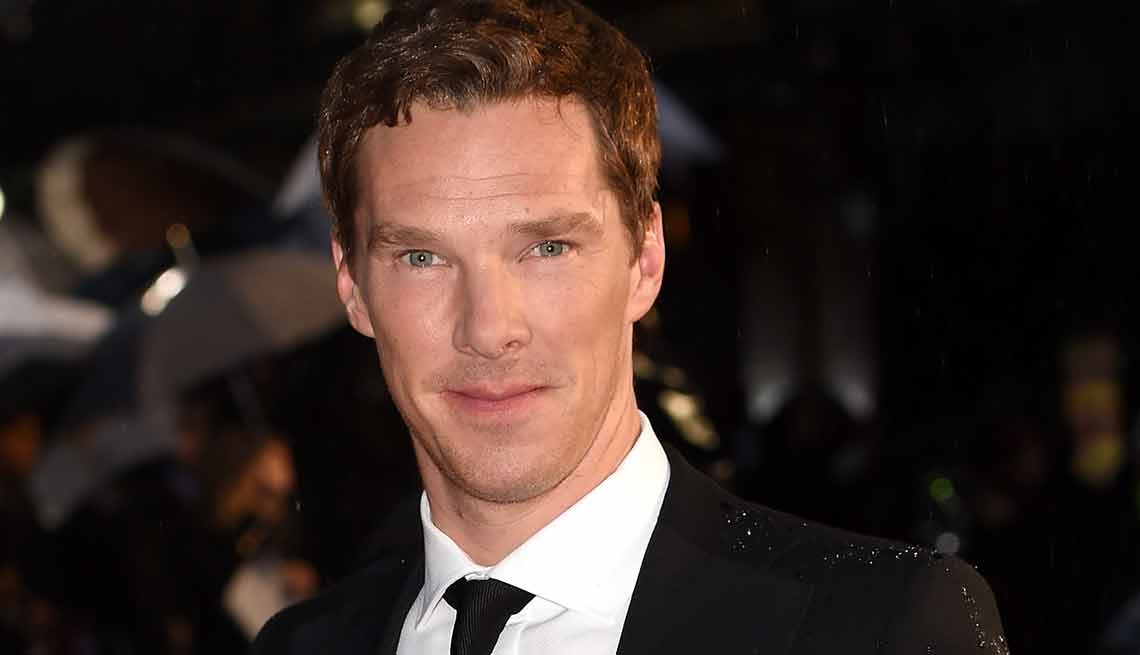 Will Cumberbatch Sleigh Audiences as The Grinch?

The news elicited a roaring ovation when announced to a convention of theater owners in Las Vegas this week: Benedict Cumberbatch will voice everybody’s favorite Christmas killjoy in Dr. Seuss’ The Grinch, arriving in theaters for the 2017 holiday season. It’s hard to imagine 3-D animation matching the charm of Chuck Jones’ pen-and-ink ’toon (or Dr. Seuss’ rough-edged original, for that matter). But Cumberbatch has faithfully played beloved figures before, from Humphrey Bogart to Sherlock Holmes, so let’s give him the benefit of the doubt. 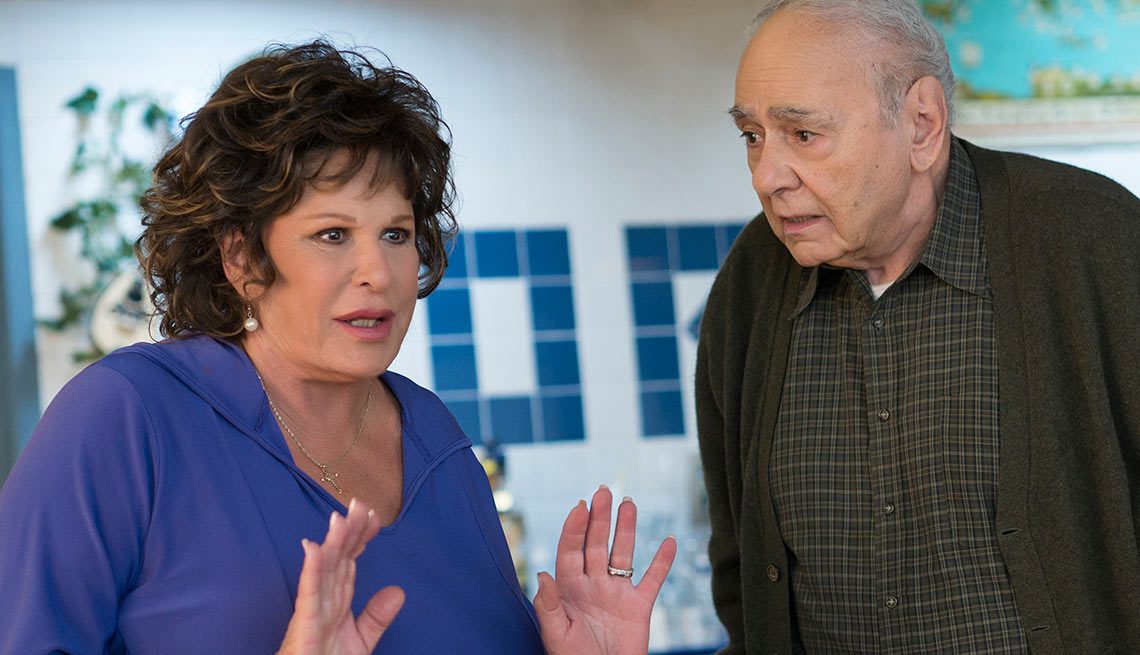 When Lainie Kazan first saw the script for My Big Fat Greek Wedding 2, she was astonished to discover the wedding in the title would be hers. “I couldn’t believe it!” says Lainie, who in the film remarries her husband of 50 years, played by Michael Constantine. Even better, she says, the movie portrays a full, genuinely affectionate relationship between an older couple — a rarity in today’s films. “They’re real people,” she tells Movies for Grownups. “The movies don’t always like to show older people who are loving people, who maybe have sex, and who have worked through problems through the years. But I believe there are more people like these two than there aren’t."

The sixth big-screen adaptation of Rudyard Kipling’s classic — and the second by Disney — features a tree full of stars voicing 3-D animated critters. Our favorite casting choices: Bill Murray as Baloo the bear, Ben Kingsley as Bagheera the panther, the late Garry Shandling as Ikki the porcupine, and Christopher Walken as King Louie the orangutan.

Kevin Costner stars as a career criminal who has the memories of a dead CIA agent (Ryan Reynolds) implanted in his brain so he can help stop a terrorist. Tommy Lee Jones plays the doc who messes with his mind.

Barbershop: The Next Cut

The gang is back at Calvin’s Barbershop, this time rallying to take their neighborhood streets back from crooks. Cedric the Entertainer, Ice Cube and Regina Hall look for justice and laughs at Chicago’s favorite clip joint.

J. J. Abrams’ follow-up to his 2008 monster epic, Cloverfield, has John Goodman in the lead — and that’s good enough for us.

The first two hours are spent setting up the unique conditions under which Superman and Batman can fight on equal terms. By that time, they (and we) have forgotten what they were mad about. FULL REVIEW

Ethan Hawke is tragically endearing as 1950s jazz legend Chet Baker, in a biopic that riffs freely between fact and fiction.

The Boss
Playing a fallen corporate mogul making her comeback in the brownie business, Melissa McCarthy is as defiantly funny as ever. But her blowhard-with-a-heart-of-gold schtick is wearing thin. McCarthy needs to stretch more — pronto.

Demolition
An intense performance by Jake Gyllenhaal nearly saves this convoluted drama about a man who feels oddly unaffected by the sudden death of his wife.

In this “spiritual sequel” to his 1993 high school comedy, Dazed and Confused, writer-director Richard Linklater (Boyhood) presents an aimless weekend in the life of some circa-1980 college students. Sadly, a lot of those kids are every bit as insufferable as you remember them.

Helen Mirren stars as a British commander who must decide whether to risk killing an innocent girl in a drone strike on a terrorist training camp. The performances are universally excellent — especially that of the late Alan Rickman, in his final film role. FULL REVIEW

This thrilling, inspiring, beautiful documentary about Apollo 17 commander Eugene Cernan revels in a time when the nation could agree on a common goal.

Louder Than Bombs
Gabriel Byrne and Jesse Eisenberg star as father and son coping with the loss of their wife and mother (Isabelle Huppert), a famed photographer.

Director-cowriter Nanni Moretti’s extraordinary study of a film director trying to balance work with her caregiving responsibilities to her dying mother strikes one visceral chord after another.

Producer-director-writer-star Don Cheadle does everything but run the catering truck for this heartfelt bio of Miles Davis, told through flashbacks as the drug-addled genius spends a long night tracking down a stolen session tape. It’s a jumble out there, but Cheadle is brilliant as the troubled trumpeter.

Jennifer Garner and Queen Latifah costar in this faith-based film about a mother whose daughter not only survives a terrifying accident but finds herself miraculously cured of a “fatal” digestive disorder.

The cast of the 2002 original is back, as boisterous and big-haired as ever. Michael Constantine and Lainie Kazan shine as 70-somethings who learn that, because of a clerical error, their 50-year marriage is not legit. FULL REVIEW

The story of Olympic champion Jesse Owens is faithfully captured in this often-thrilling biopic starring Stephan James (Selma) as Owens and SNL alumnus Jason Sudeikis as his coach. FULL REVIEW

Christopher Plummer mesmerizes viewers as a nursing-home resident suffering from dementia who sets off on a cross-country bus trip to kill a Nazi war criminal. FULL REVIEW

Tina Fey headlines as a cable-news producer who gives up her cushy lifestyle to cover the war in Afghanistan. Her no-nonsense commanding officer: Billy Bob Thornton.