(Video) Rules Don't Apply Movie Trailer: An unconventional love story of an aspiring actress, her determined driver, and the eccentric billionaire who they work for.

A wistful air permeates Warren Beatty's lovely and thoughtful Rules Don't Apply, but it has nothing to do with the film's themes of missed chances, unrequited affection and the toll of passing years. Indeed, this particular regret appears nowhere in the script; it's the realization that we've never gotten enough Warren Beatty.

After all, Beatty has made just seven movies in the past 30 years. At age 79, how many more of these masterly and multihyphenated gems does the writer-director-star have in him?

Rules Don't Apply has at its heart a tale of young love: A Midwestern starlet named Marla (Lily Collins) arrives in 1950s Hollywood to join the stable of young hopefuls working for billionaire Howard Hughes at his movie studio, RKO. (She's accompanied by her ever-watchful mother, charmingly played by Beatty's own wife, Annette Bening.) There's an immediate attraction between Marla and her handsome driver, Frank (Alden Ehrenreich), and though studio rules forbid off-duty hanky-panky, well, what does the movie title say about rules?

Eventually the pair's day-to-day duties bring them into contact with Hughes. As if to ease us into accepting one of the world's best-known faces (Beatty's) as one of history's most notorious recluses (Hughes), the tycoon is first seen only in shadows.

The course of Frank and Marla's youthful courtship is sweetly told. But from the moment Beatty pokes his chiseled mug around a corner, Rules Don't Apply belongs to him and him alone. When Beatty appears on the screen, we wonder what all those other actors are doing there; when he is not shown, we wonder when he's coming back. 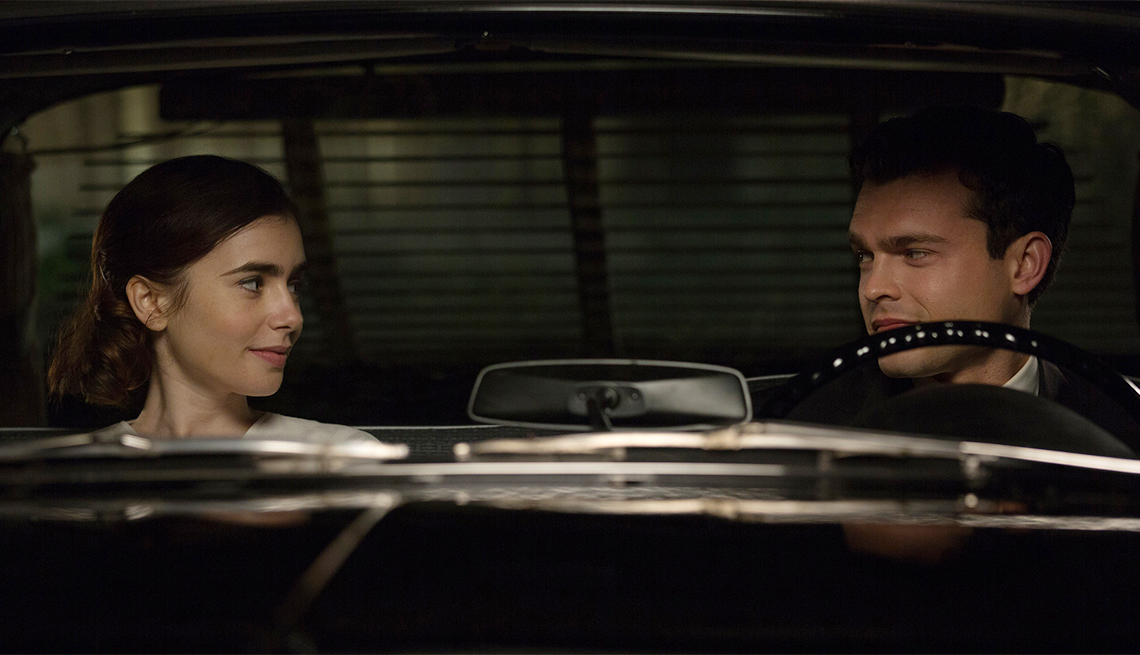 That raw star power has occasionally masked Beatty's genius for nuanced screen performances. But this time he brings more than animal magnetism to the role of Hughes: He plays Hughes as an unraveling ball of ingenious nervous energy. At first, as we've come to expect, Beatty encourages us to laugh heartily at the guy's quirks and gaffes. The film's most engaging scene involves Hughes and Frank taking a long walk along a pier at 3 in the morning. As he struggles to explain himself to this underpaid chauffeur, Beatty's Hughes is charmingly awkward. He finally finds a measure of ease only as the two feast on hamburgers in the shadow of Hughes' mammoth flying boat, the Spruce Goose.

Soon, however, the older man's eccentricities begin a slow spiral to borderline madness, his descent enabled by a dedicated if perpetually flustered staff (played by a splendid cast that features Matthew Broderick and Candice Bergen). We laugh when Hughes first insists on sending out for banana nut ice cream; by the time he's compulsively ordering every available tub of it, we want to weep for him.

Years pass, and the three main characters move in and out of one another's lives. They reassemble one final time when, in a Mexico hotel room, Hughes — addicted to painkillers and drifting in and out of lucidity — rouses himself enough to deliver a famous final telephone interview for a roomful of reporters in Los Angeles.

For Beatty, it's a majestic performance: Steeped in the gloom of a curtained four-poster bed, Hughes seems about to collapse on the microphone before him. Then, suddenly, his eyes ignite with excavated brilliance. He charms the reporters with tales of his flying exploits, pulling the details of his proudest accomplishments from thin air. (If you've ever heard that historic interview, you'll instantly recognize how faithfully Beatty reconstructs it.)

Then it's over — and Beatty seems to have unplugged an electrical cord somewhere, so utterly do the life and energy drain from Hughes. As the drapes around his bed slowly close, we get one last glimpse of a hollow man, his eyes as deep as dry wells.

The credits roll. The lights go up. And we are left to wonder: Was that our last look at Warren Beatty on a movie screen? If so, it's a bravura valediction.

Here's hoping this lion of Hollywood, unlike his most recent subject, won't retreat for good before he tells us a few more stories.