(Video) Remember Movie Clip: With help from a fellow Holocaust survivor (Martin Landau), a widower (Christopher Plummer) who struggles with memory loss embarks on a cross-country odyssey to find the former Nazi responsible for the deaths of their family members.

En español |  Part Munich, part Memento, the new drama Remember features a compelling performance by Christopher Plummer as Zev Gutman, a man with a deadly errand: to track down and kill the Nazi war criminal who murdered his family at Auschwitz.

As if his advanced age did not provide enough of a challenge, Zev suffers from dementia. Every morning he awakens asking for his dead wife, wondering what he's doing in this strange "hotel room." Only after he consults a crumpled handwritten letter by his bed does he remember the grim task at hand.

The letter was written by Max Rosenbaum, a fellow retirement-home resident and longtime Nazi hunter who would do the job himself were he not tethered to an oxygen tank and confined to a wheelchair. As it is, Max — played with wheezing urgency by Martin Landau — consults via daily phone calls with Zev, who is traveling cross-country by bus, a Glock tucked in his shaving kit, to scope out likely perps.

Zev and Max know their man is named Rudy Kurlander, but there are four Rudys out there; all are the right age, and all are German immigrants with shadowy biographies.

Director Atom Egoyan (a two-time Oscar nominee for 1997's The Sweet Hereafter) and first-time screenwriter Benjamin August waste no time putting Zev on the road. Our avenging angel is a man of few words, but Plummer — proving once again why he's one of the greats — speaks entire monologues with his stoic face, seen in extreme close-up for much of Remember. One moment he's all steely-eyed determination; the next he's pouring out tearful empathy. Irregularly we see a curtain of confusion drop over his visage — followed by his determined return to awareness, as if by sheer will. It's a powerful performance, perhaps the strongest in a late-career flourish that has earned the 86-year-old Plummer two Oscar nominations — and one win — in the past six years. 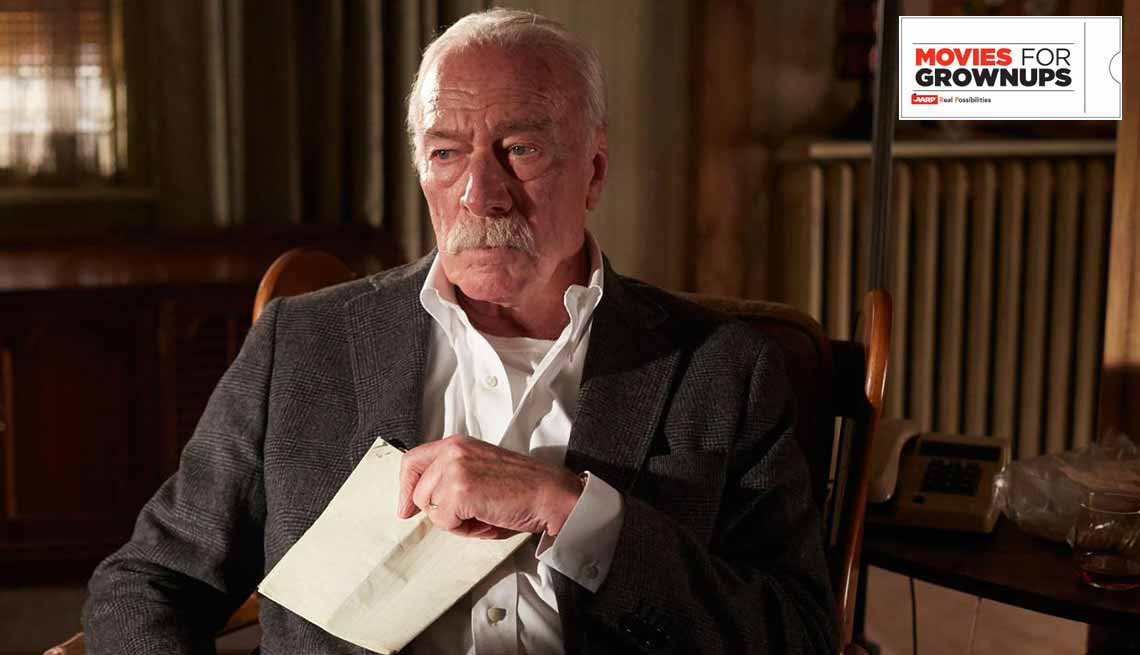 Courtesy of A24 Films

Remember is at times distractingly episodic. Thankfully, the strong — and veteran — supporting cast moves thetale briskly along. Landau, always a welcome presence, elicits our admiration for Max's dedication and our disdain for his willingness to push a sick man beyond his limits. As two of the Rudy Kurlanders in question, Bruno Ganz and Jürgen Prochnow — who have starred in dozens of German-language films — confront their would-be killer, each offering a different perspective on what it was like to emerge from the killing fields of Nazi Germany.

In a standout performance, Dean Norris (Breaking Bad) pops up as the son of a third Rudy, a state trooper whose only regret appears to be that the wrong team won World War II. In his brilliant and all-too-brief time on screen, Norris subtly transforms from affable cop to frothing anti-Semite, and you never even glimpse the seams.

For all the film's mesmeric elements, I have to ding screenwriter August for exceeding his story-manipulation quotient here. No, he's not the first to engineer a plot twist that hinges on a character's dementia: Away From Her, The Notebook, even Rise of the Planet of the Apes have all taken a stab at it. Like most of those films, Remember uses an on-off switch to toggle between the character's awareness and the needs of the storyline. In effect, the characters forget only the things the writer wants them to — things that just happen to be the salient facts on which the film's final reveal will turn. It's cheating a little, and it disrespects those who must endure the effects of real-life dementia.

Script shortcuts aside, there's no dismissing the performances and direction at the heart of Remember. Plummer and company are, quite simply, unforgettable.