You loved your mother’s meat loaf, didn’t you? It had all the right ingredients in just the right proportions. Even today, when you want to escape to a place where all is right with the world, you close your eyes and imagine yourself sitting down to a nice, hot slice.

Now imagine stumbling upon your mother’s old meat loaf recipe only to discover that uninvited guests have been scribbling all over it. They’ve substituted onion powder for the real thing, insisted on gluten-free bread crumbs and called for ground turkey rather than beef.

That’s what it’s like to watch The Magnificent Seven, the new remake of the 1960 film of the same name — itself a reprise of the 1954 classic Seven Samurai. But whereas the 1960 version cleverly transplanted the action from feudal Japan to the American West, there is nothing to recommend this newest recipe over either one of its tastier antecedents. 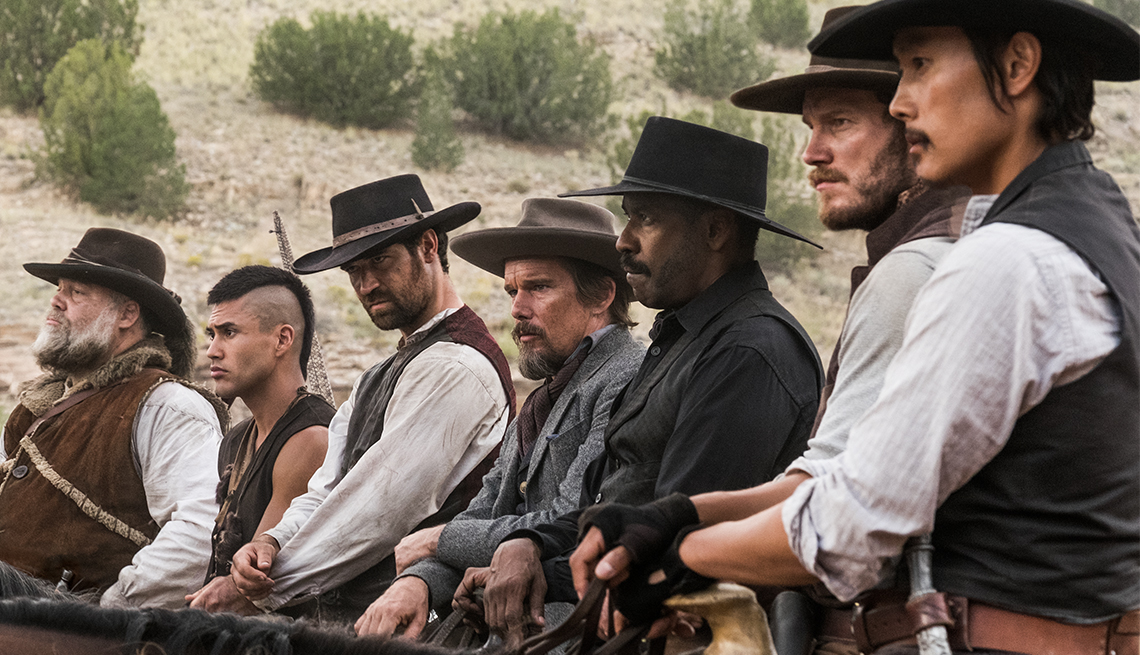 Well, it does have Denzel Washington in the lead role as Chisolm, number one of the titular seven. Washington’s super-cool, steely-eyed presence is welcome, even in a reheated dish such as this one. He stars as a bounty hunter (played by Yul Brynner all those years ago) hired to protect a frontier town from the aggression of an evil mine owner (Peter Sarsgaard). Yes, remakes come and go, and film genres span the ages, but the most vile arch-villain will always be an evil capitalist. Hollywood, we all know, despises those obsessed with money.

As in the American “original,” which costarred James Coburn, Steve McQueen and Charles Bronson, much of the fun in the latest M7 comes from the posse-recruiting scenes — it takes a mercenary bunch to protect a village — and in the bromance that blossoms among the hired muscle. As an emotionally damaged sniper named Goodnight Robicheaux, Ethan Hawke attempts to create a multilayered character, while Chris Pratt does his best Chris Pratt impersonation as a smirking, wise-cracking quick draw named Josh Faraday. And so what if Vincent D’Onofrio seems to be channeling his doomed country-boy soldier from Full Metal Jacket (1987)? His perpetually mystified presence is a welcome respite from the cocksure attitudes of the guys around him.

This being a film by Antoine Fuqua (Olympus Has Fallen, The Equalizer), expect more fiery explosions in two hours than occurred in the entire 1870s out West. As always, each one is painstakingly choreographed and lovingly photographed — Fuqua’s version of a sex scene.