(Video) Inferno Movie Trailer: When Robert Langdon wakes up in an Italian hospital with amnesia, he teams up with Dr. Sienna Brooks, and together they must race across Europe against the clock to foil a deadly global plot.

Call it faint praise if you must, but this third adaptation of a Dan Brown novel is the finest yet by the Tom Hanks and Ron Howard juggernaut. Inferno preserves the series' museum-hopping intrigue while dispensing with the muddled religion-as-opiate-of-the-masses themes that made the first two installments more tedious than transporting.

Previously, Harvard art and symbolism expert Robert Langdon (Hanks) had been called upon to uncover inconvenient truths regarding Jesus' wife (The Da Vinci Code) and some dark secrets lurking in the Vatican (Angels and Demons). This time, Langdon — who stumbles upon reality-jarring art-world crises more often than Jessica Fletcher once turned up dead bodies in Cabot Cove — is hot on the trail of a plastic bag containing a fatal virus that will infect 95 percent of the world's population. Naturally — and a hallmark of this series — the madman who planted the virus has left behind a trail of clues, all embedded in priceless works of art.

In past films, Langdon had typically been out in front of each development. Inferno's opening fillip is to have Langdon awaken in a hospital bed in Florence, Italy, unable to recall the events of the past 72 hours or so. But when bad guys start coming after him with guns drawn, he's forced to unravel the mystery of his missing memories while coping with the dawning realization that, sigh, once again he has been tasked with saving the world. Grabbing his comely emergency-room doctor (Felicity Jones) by the arm, he bolts into the night to begin his new adventure: Kenneth Clark meets Indiana Jones. 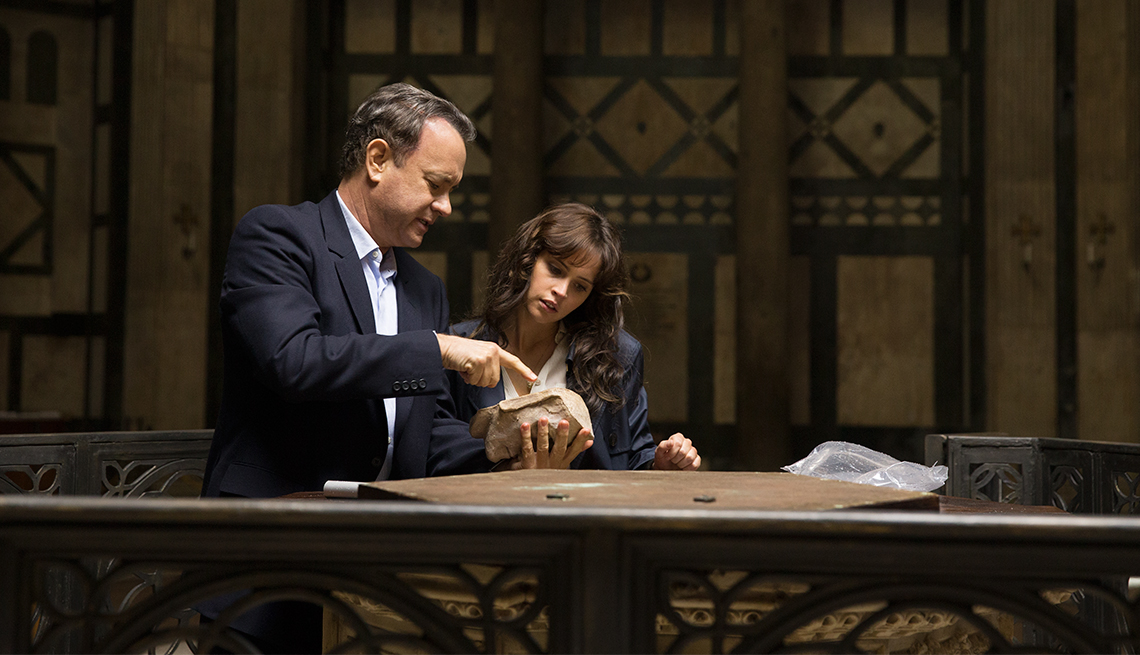 And yes, you should have paid more attention in that art-history class.

Howard and Hanks have forged an effortless and stylish collaborative bond. Hanks is aging nicely into the role, and neither director nor star are abashed to acknowledge the fact: When someone mistakes Langdon and his much-younger doctor companion for lovers, the two recoil in horror. Howard has also mastered the art of moving the proceedings along so briskly that we never have time to wonder why, for example, Langdon has yet to encounter a locked door.

Word is that Howard and Hanks are already fiendishly plotting a fourth Langdon movie, in which evil Masons will get up to no good in Washington. As if the nation's capital didn't have enough troubles already!