Two movies about families open this week, both with big stars, but the stronger one is the darker one, Jason Bateman's The Family Fang, a parenting movie with teeth.

The story centers on grown siblings Annie and Baxter Fang (Nicole Kidman and Jason Bateman), whose unsettled adulthoods were shaped in their earliest years when they were featured in a series of dark performance art events staged by their hedonistic parents (Christopher Walken and Maryann Plunkett).

In those early years, Dad would stand by with a movie camera while the kids held up a bank at gunpoint for all its lollipops, or buried their mother so deeply in beach sand that only her frantically flailing hand was visible, or started spurting blood from their mouths while posing for a portrait at a J.C. Penney's photo studio. 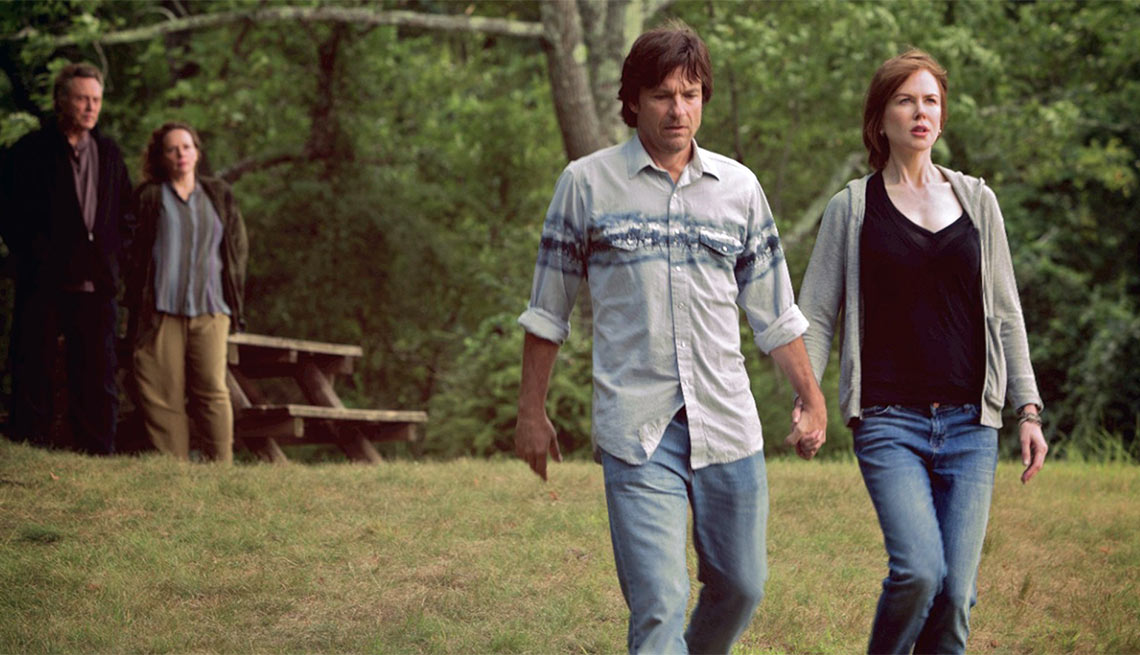 In the art world, Annie and Baxter became known as Child A and Child B, and now, as grownups, their father still occasionally refers to them as such. All this congenital quirkiness is at first rather endearing, but Bateman, who also directs, isn't interested in a Wes Anderson–style celebration of eccentricity. Pretty soon we begin to sense the hidden scars that endure for the kids, and the deepening desperation for continued artistic fulfillment that is consuming the parents.

After a long separation, the four endure an uneasy reunion — followed almost immediately by the mysterious disappearance of the parents. Their car is discovered in upstate New York, blood everywhere. The police sadly inform the siblings that their parents have probably fallen victim to a madman who has been killing motorists in the area.

Baxter accepts the police theory; Anna will hear none of it. This is just another of her parents' off-the-wall performance pieces, she insists, and at this point The Family Fang becomes something of a mystery: Who killed Mom and Dad? Where are their bodies? Or are they really dead at all? The process of investigation also unveils other, more universal truths about siblings, their responsibilities to their parents, and at what point those responsibilities just might run their course.

Bateman, whose wonderful 2013 film Bad Words similarly took a lighthearted premise and spun it into a frequently profound piece of cinema, draws wonderful performances from his cast, particularly Walken, whose indelible real-life persona too often masks his abilities as a nuanced screen actor.

In the end, Mom and Dad don't come off as especially fine role models. But they're much more interesting to watch than the characters in Mother's Day, a barely directed, indifferently acted, carelessly constructed comedy that slops together some of Hollywood's biggest names into one bad meat loaf of a movie.

Clearly, the likes of Julia Roberts, Jennifer Aniston, Hector Elizondo, Margo Martindale and Kate Hudson are involved in Mother's Day out of affection for director Garry Marshall, who's been churning out star-studded romantic comedies ever since 1990's Pretty Woman. But as they say in IRA proposals, past performance does not guarantee future results. 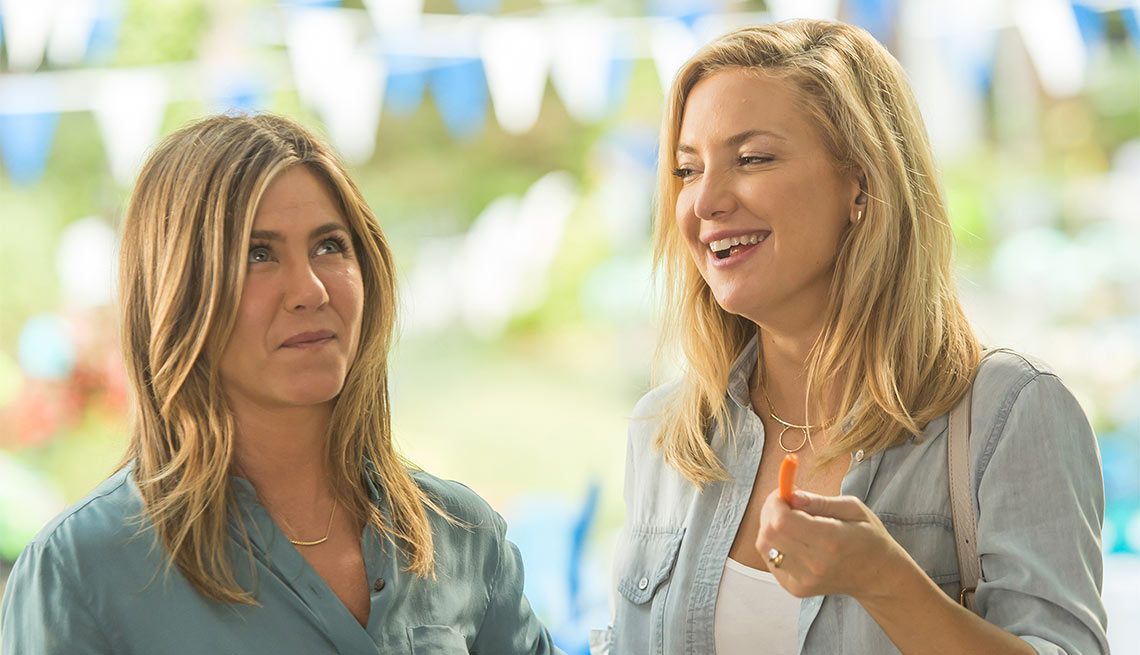 It's hard to believe anyone involved read the script — cobbled together by three first-time screenwriters and one whose sole previous credit is the abysmal 2005 Jane Fonda comedy Monster-in-Law — before setting foot on the set. As in Marshall's two earlier holiday-themed romcoms, Valentine's Day and New Year's Eve, we are presented with a dozen or so main characters in four or five intertwining and depressingly lame stories.

For instance, when a legendary QVC-type sales personality (Julia Roberts) comes to town, we quickly learn she is a lonely, career-driven Ice Queen. So when a young mom (Britt Robertson) informs her baby daddy (Hugh Grant sound-alike Jack Whitehall) that she's just discovered who her real mother is, well, is there any doubt that she will soon turn up face-to-face with the one character in the movie who is most demonstrably non-mom material?

Then there's the gay mom couple who construct a gigantic uterus for their Mother's Day Parade float (this film operates in a universe where, rather than go out for a nice brunch, mothers prefer to stand on hot sidewalks cheering marching bands). Of course, the stupid float exists solely for the purpose of participating in a sadly forced car chase. (In a cameo as a traffic cop, comedian Larry Miller, truly one of the world's funniest men, is given the sad duty of saying, "Does anyone here have a license for that uterus?")

Similarly, Mother's Day goes to great lengths to arrange what might be called the Great America's Sweetheart Summit as Julia Roberts and Jennifer Aniston play an entire job interview scene together. It's interesting to see the stars compete in the Widest Eyes and Most Winsome Smile categories, but if you have any doubt that Jennifer is going to get the job then you should perhaps be seeing another movie.