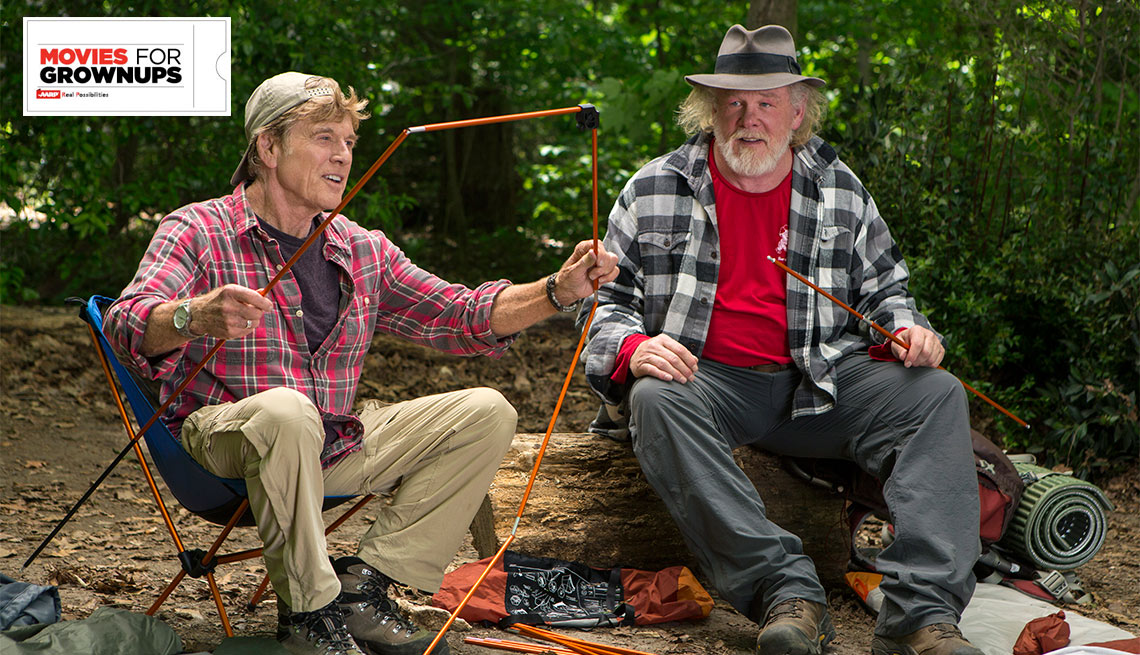 Few movies come as front-loaded with good will as A Walk in the Woods, Robert Redford's new film based on the best-selling 1998 book by Bill Bryson. Going in, you've got to figure a film that teams dashing Redford with decrepit Nick Nolte — stumbling along as an odd couple hiking the Appalachian Trail (AT) — would have more than its share of crowd-pleasing moments.

And so it does. Redford and Nolte are chocolate and vanilla, a perfectly cast set of opposites who seem delightfully inseparable by the time the film ends.

If only the film as a whole held together as seamlessly as these two veteran pros! In the hands of director Ken Kwapis — best known for his TV sitcom work on The Office and Malcolm in the Middle — the story of Bryson's midlife crisis-fueled trek is a distractingly episodic journey. The movie introduces new characters, only to rudely dump them. It launches profound, soul-baring conversations that peter out in mundane chitchat. 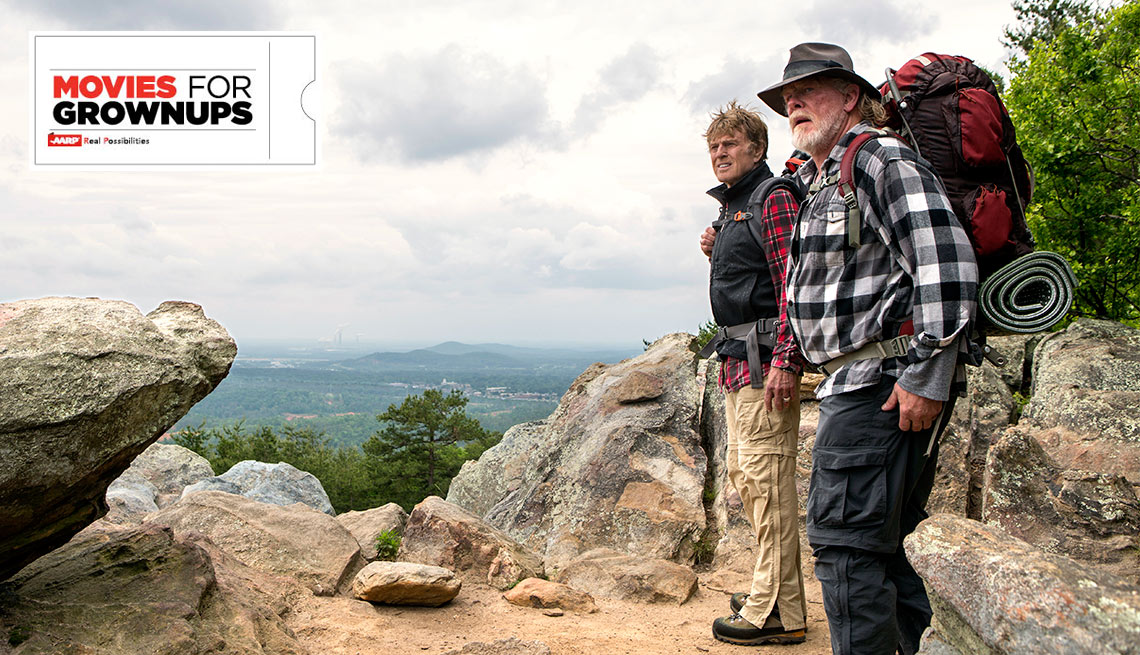 Redford plays a rather fictionalized version of Bryson, who in his mid-40s attempted to walk the length of the roughly 2,160-mile Appalachian Trail. Nearing 80, Redford is in remarkably good shape, and it's easy to imagine him giving the trail a run for its money. But Nolte, who's five years younger and plays Bryson's traveling companion, Stephen Katz, could easily pass for Redford's father. It's hard to imagine him reaching the next rock, much less the next state line.

Bryson and Katz start their journey at the trail's southern terminus, Springer Mountain in Georgia. Early on they fall in with an incessantly chatty loner — the always delightful Kristen Schaal — but the boys conspire to lose her by running ahead, then hiding as she passes by. We spend the rest of the movie wondering when they will encounter her again. (Spoiler: They don't.)

We're left similarly suspended when the pair check into a small-town motel, where obvious sparks fly between Bryson and the owner, played by the ever-fetching Mary Steenburgen. Of course, Bryson is devoted to his wife (she is, after all, played by Emma Thompson), but that only makes the sweet exchanges between these two more charming. Then the script abruptly sends the guys scrambling back to the trail — hurling their packs out a rear window as an angry local pounds on their door — without so much as a tender goodbye between Redford and Steenburgen. (Now that I think of it, I don't believe they ever paid their hotel bill, either.)

Worst of all, A Walk in the Woods wastes the talents of Thompson. As Bryson's wife, her sole narrative purpose is to try to talk her wimpy hubby out of setting off on the trail in the first place.

Thompson's character returns briefly at the end, welcoming Bryson back after three months — and apparently surprised to see the old boy still alive and kicking. She's barely heard from him over the course of his trip because A Walk in the Woods seems to exist within some indeterminate time warp in which everyone drives a late-model car but no one owns a cellphone.

It is, therefore, a tribute to the star power of Redford and Nolte that A Walk in the Woods is far from a tedious slog. In addition to the sheer visual spectacle of these two walking side by side, the men growl, shout and laugh their way through the problematic script, enjoying each other so much that we can't help sharing their delight. They make A Walk in the Woods one of the year's best buddy movies.

And then there is the real star of the film, the Appalachian Trail itself. John Bailey, the visionary cinematographer behind the lens for films such as American Gigolo, Silverado and A Brief History of Time (along with the 1981 John Belushi backwoods comedy, Continental Divide, which probably got him this gig), knows how to let a landscape unfold before the camera, revealing itself to the viewer just as it would to an enthralled hiker. And the film's loveliest moment — a nocturnal scene on a precarious ledge with a star-filled sky above and a rushing river below — ranks among the most visually arresting scenes in recent memory.

Face it, you and I are unlikely to cover a few hundred miles of the AT anytime soon. That's why it's nice to sit in a comfy chair and enjoy the company of two fine actors who are kind enough to do the hard work for us — or at least pretend to.

(Video) 'A Walk in the Woods' Movie Trailer: After spending two decades in England, Bill Bryson returns to the U.S., where he decides the best way to connect with his homeland is to hike the Appalachian Trail with one of his oldest friends.