When prickly American chess prodigy Bobby Fischer met stoic Soviet grandmaster Boris Spassky at the 1972 World Chess Championship in Reykjavik, Iceland, it was a headline-grabbing metaphor for the profound tension between the two Cold Warring superpowers. And that was even without the glimpse this movie gives us of the madness behind the scenes.

Pawn Sacrifice, the new drama starring a suitably intense Tobey Maguire as Fischer, captures both the immensity of Fischer's moment on the global stage — he had boycotted "rigged" tournament play for two years — and the depth of the mental health issues that bedeviled the cocky genius. Together it makes for a compelling story. 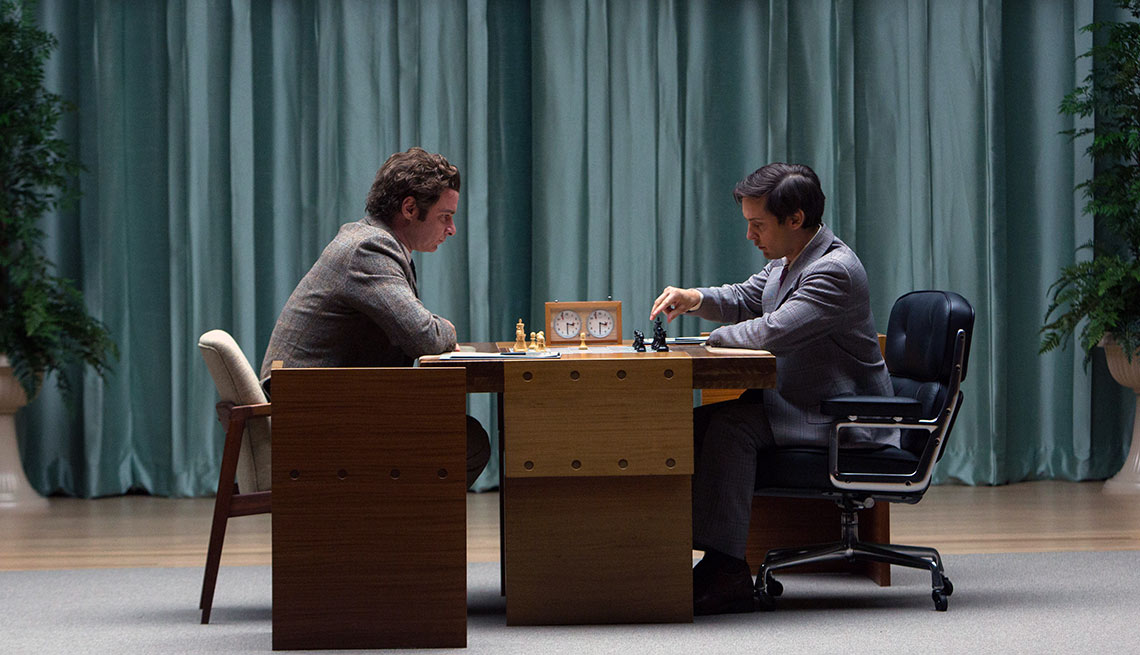 One need not personally remember that chess summit (or even know how to play the royal game) to appreciate this film: Both Maguire and Liev Schreiber, who plays his brooding adversary on the other side of the 64 squares, are such skilled actors that they make the game play edge-of-your-seat entertaining.

Schreiber, representing a nation that had dominated the highest levels of the game for close to a century, initially projects unshakable confidence. Then Fischer arrives two days late, all whacked out and weird, and starts to seriously rattle his cage. (The American had been holding out for — and got — a larger share of the gate receipts.)

Considering that Pawn Sacrifice focuses largely on a game with little outward action, it moves at a brisk clip through Fischer's fatherless upbringing by a Jewish mother with supposed communist leanings. (She left Bobby on his own at age 16.) Amid Fischer's flashes of brilliance as a teen chess prodigy, we can already see signs of the obsessive and reckless behavior that will propel him to the heights — and then dash him low.

Peter Sarsgaard as William Lombardy — a priest who once beat Fischer and becomes his practice partner, confidant and friend — helps make the man (and the movie) more appealing. By showing us the chess master through Lombardy's eyes, Pawn Sacrifice helps viewers to see the man's sheer genius. And Michael Stuhlbarg, as Fischer's lawyer, Paul Marshall, adds yet another dimension; his patriotism paints Fischer as a symbol of America's global might.

After the big match — you probably know its outcome — Fischer essentially walked away from the game that had made him rich and world-famous. Only his own inner demons could defeat the greatest player of all time.