McFarland, USA would probably work just as well as a made-for-TV movie. Its familiar plot — an unlikely coach (Kevin Costner) leads an underdog team to an improbable victory — plays out predictably enough. But the real-life leading character fits Costner like a glove, and Kiwi director Niki Caro (Whale Rider) shows off some beautiful camera work as she explores how different races and cultures can meld in small-town America. 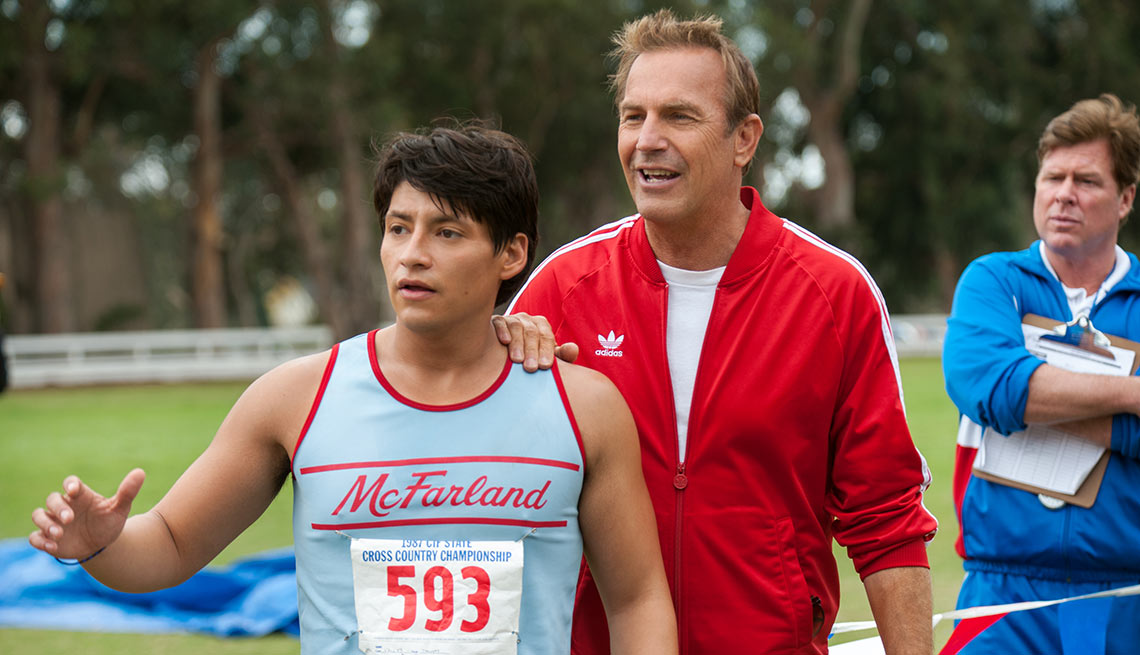 Should you run to the theaters to see Kevin Costner's "McFarland, USA"?

Jim White lands in McFarland, a farm town outside Palo Alto, Calif., after his supposedly fiery temper loses him a string of teaching and coaching jobs. The town's lush fruit and vegetable fields have made it a mecca for migrant workers, who toil long hours for crap wages.

As soon as White pulls onto Main Street with his wife, Cheryl (Maria Bello of A History of Violence and The Jane Austen Book Club),and teenage daughters Julie and Jamie, he runs into a parade of lowriders. Reflexively, his guard goes up. But we're a long way from The Wild One here.

Assigned to help coach the local high school football team, White discovers his charges to be good kids with a strong work ethic and inner drive to burn. He also finds that many of them — forced to get around on foot and constantly hustling from field to classroom and back again — show great potential as long-distance runners.

As in fact happened in 1987, White recruits the ragtag students to form McFarland High's first track-and-field team, then leads them to the state championship, beating kids from places like Stanford, who play more refined sports in their spare time:

"You play golf?" Thomas Valles (Carlos Pratts, The Bridge) asks an upper-crust rival at the starting line of one event.

"This ain't golf," Thomas tells him, then takes off in a cloud of dust.

Scenes of the team training — running up and down towering mounds of almond shells draped with plastic, or being led across hill and dale by White on his daughter's stingray bike — are huge fun to watch. And Caro nails her portrayal of McFarland's gritty neighborhoods, full of stray dogs and front yards unencumbered by grass. The community's embrace of White's family is gradual enough that when the residents come together to throw Julie a quinceañera celebration, the effort feels organic and sincere.

Most inspiring of all is Costner's portrayal of coach White. Coming on the heels of his performance in Black or White, another drama about race relations, Costner clearly is motivated by the notion of mending fences in this country. Not once does he appear to be "acting" in this role. And when he tells his runners why they might have the edge over kids born into greater opportunity, it makes perfect sense, both to them and to us.