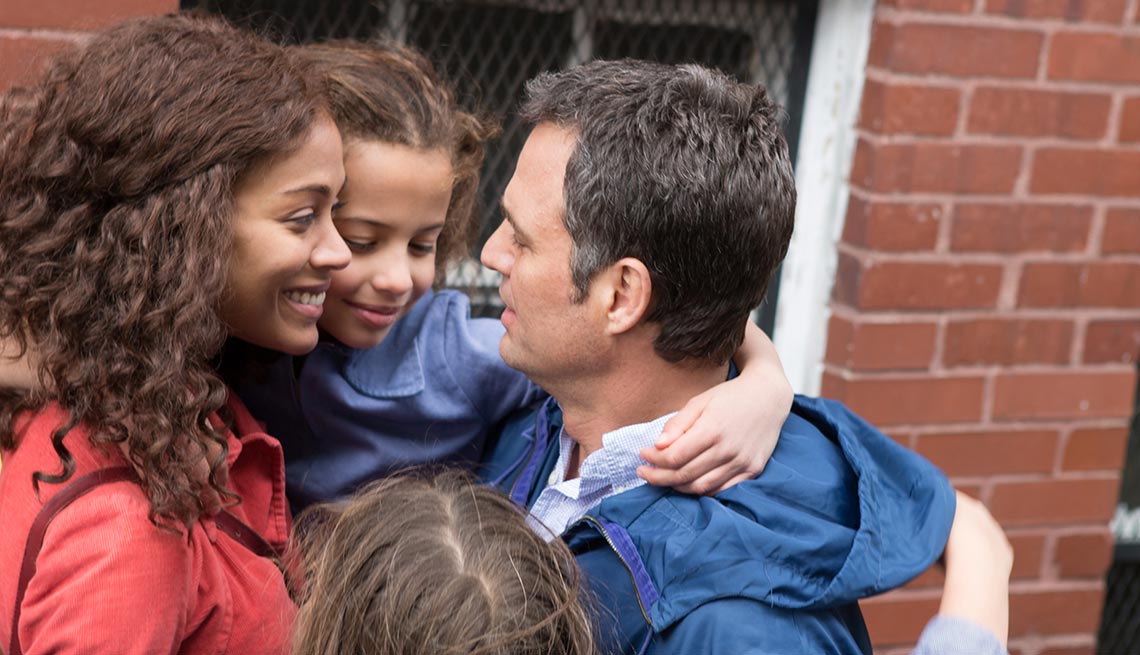 Writer/director Maya Forbes' autobiographical fingerprints are all over Infinitely Polar Bear, a disarmingly joyful recollection of being raised by her bipolar father in the 1970s.

Mark Ruffalo stars as Cameron, a brilliant man and loving father caught in the grips of manic depression (as the disorder was then known) and recovering from a breakdown. His condition has made it impossible for his wife, Maggie (Zoe Saldana), to continue living with him in their Boston home. Then an opportunity to earn her MBA in New York leads to a difficult decision: Maggie will leave their two young daughters, Amelia and Faith (Imogene Wolodarsky and Ashley Aufderheide), in Cameron's care during the week, coming home on weekends.

What follows is a tumbled cascade of scenes as Cameron gamely tries to be a good father. On a practical level he often fails, at times spectacularly: He takes the girls on long walks in the woods rather than to school. He pesters strangers with elaborate offers of unwanted and unneeded assistance. He storms out of the apartment in a blind rage in the middle of the night, leaving the girls on their own.

Yet Cameron is also capable of acts of great tenderness, right down to sewing, pasting and taping together a flamenco skirt for Faith to wear in a school pageant.

As Cameron, Ruffalo displays uncommon range, faithfully depicting the unsustainable highs and agonizing lows of bipolarism, always undergirded by his consistent affection for the girls.

But it is the children's enduring love for their father that drives Infinitely Polar Bear (the title comes from Faith's mistaken pronunciation of her father's condition). As the film progresses, we watch Cameron's public behavior humiliate the girls but never see their devotion to him flag. We rejoice and share their glee when they bask in his moments of happy, wild abandon. But even as we recoil from his angry outbursts (he never comes close to harming the children), Amelia and Faith have clearly learned to step back, inhale deeply and keep loving their father from arm's length.

The story that director Forbes tells us in Infinitely Polar Bear is uniquely her own, yet the film feels universal. What child has not felt mortified by a parent? What parent has not dreaded appearing uncool in the eyes of his kids? If the youngsters of Infinitely Polar Bear can find a way to embrace their out-there dad — and if he can succeed in connecting with them through the maze of mental illness — how can there not be hope for all of us?

Maya Forbes, the writer/director of Mark Ruffalo’s new film, tells Movies for Grownups’ Bill Newcott how the film was inspired by her own childhood, being raised by a bipolar dad.