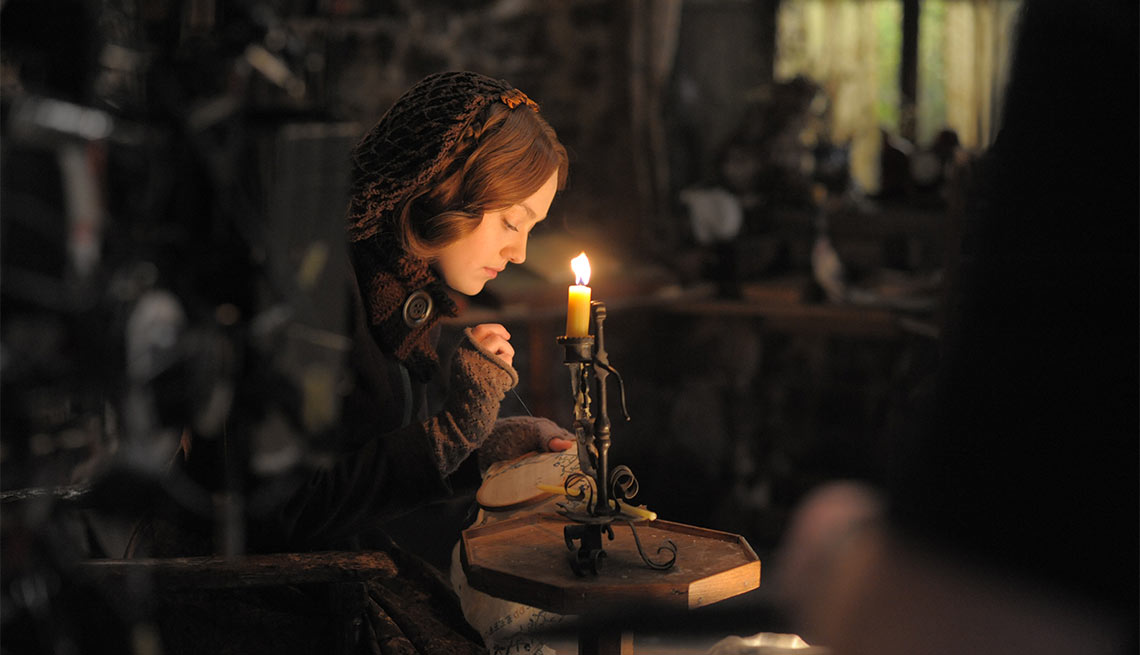 Unlike another recent movie with "Grey" in its title, there's no passion in the true-life Victorian tale of “Effie Gray,” kinky or otherwise.

Emma Thompson and a star-studded supporting cast cannot save Effie Gray, the true-life Victorian tale of the sexual repression visited on a young bride by her decade-older husband.

The prospect of seeing Emma Thompson appear in another British historical drama was enticing, for she's been so grand in so many. Just think of Sense and Sensibility: Thompson won an Academy Award for writing that beautiful 1995 adaptation and received an Oscar nomination for best actress as well. Or recall Howards End, which won her the best actress Oscar. Now add in the fact that Thompson wrote the original screenplay for Effie Gray — and figures prominently on the poster — and the result is guaranteed to be wonderful, right?

Unfortunately, Thompson is glimpsed only fleetingly in the dismal film, which centers on the loveless marriage between a naïve young Scotswoman named Effie Gray (Dakota Fanning) and the leading art critic of the Victorian era, John Ruskin (Greg Wise, Thompson's real-life husband).

Did I say "loveless"? No, make that "passionless, devoid of emotion, repressed." And therein lies the problem: This alleged "drama" plods along with the mismatched pair barely speaking to each other. The ups and downs of another couple's marriage would normally intrigue older filmgoers, but in Effie Gray director Richard Laxton barely tries to plumb the reasons behind the failure of this famous union.

We do find out early on that Ruskin is a rich, coddled mama's boy, in a very creepy sort of way: Mama (Julie Walters) still gives Johnny his bath. His father (David Suchet) is almost equally smarmy and doting, making these two simultaneously the worst and most boring in-laws on the planet. There's no inherent evil, and certainly no chewing of the scenery — that Just Would Not Do in your proper Victorian household.

Once Ruskin marries Effie and brings her to London to live with his family in their dark, dank mansion, her life becomes one of quiet despair. Apparently preferring the attentions of his 60-something mother to those of his 20-something wife, Ruskin spurns Effie in the bedroom. Is he a closeted homosexual? Does he abhor sex? Is there incest going on? Who knows? This setup yields a sort of emotional stalemate as the two spend scene after scene ensconced in stuffy rooms in near-silence.

Unlike another recent movie with "Grey" in its title, there's no passion in this piece, kinky or otherwise. As Effie Gray, Fanning is a cipher, moving through years of spousal neglect with barely a flicker in her glacial facial expressions. Even the few dalliances she has along the way hardly merit the term: They are so circumspect that by the time she decides to leave Ruskin, her virginity is still intact. The news that Effie has meanwhile fallen in love with painter Everett Millais (Tom Sturridge) comes as a surprise, for their interactions have been as flat and lifeless as a gray background wash.

Predictably, only in those moments when Thompson shows up does the film come alive. She plays Lady Eastlake, a woman who helps Effie muster the courage to leave her marriage. Thompson is especially effective at registering the shock of Effie's big reveal, when she admits that John and she never consummated matters. But it's a case of too little Thompson, too late. Likewise turning in cameos that only momentarily brighten the gloom are veteran actors Robbie Coltrane, Derek Jacobi, James Fox and 77-year-old Claudia Cardinale (playing an Italian viscountess who doesn't cotton to Effie Gray any more than we do).

If Thompson's goal was to give viewers a visceral sense of the sexual and emotional repression that characterized certain Victorian marriages, she has succeeded magnificently. If you elect to spend two hours mired in that sort of virtual experience, try not to think about the precious moments of your own life passing by.