A grownup love story, Words and Pictures takes a fresh approach to romance, pairing for the first time the French bombshell Juliette Binoche and the rugged Brit Clive Owen, each sexy in their own right, with sizzling success. The film's New England prep school setting works well, along with its assorted academic characters, and the dueling teachers concept is rich with intellectual potential. 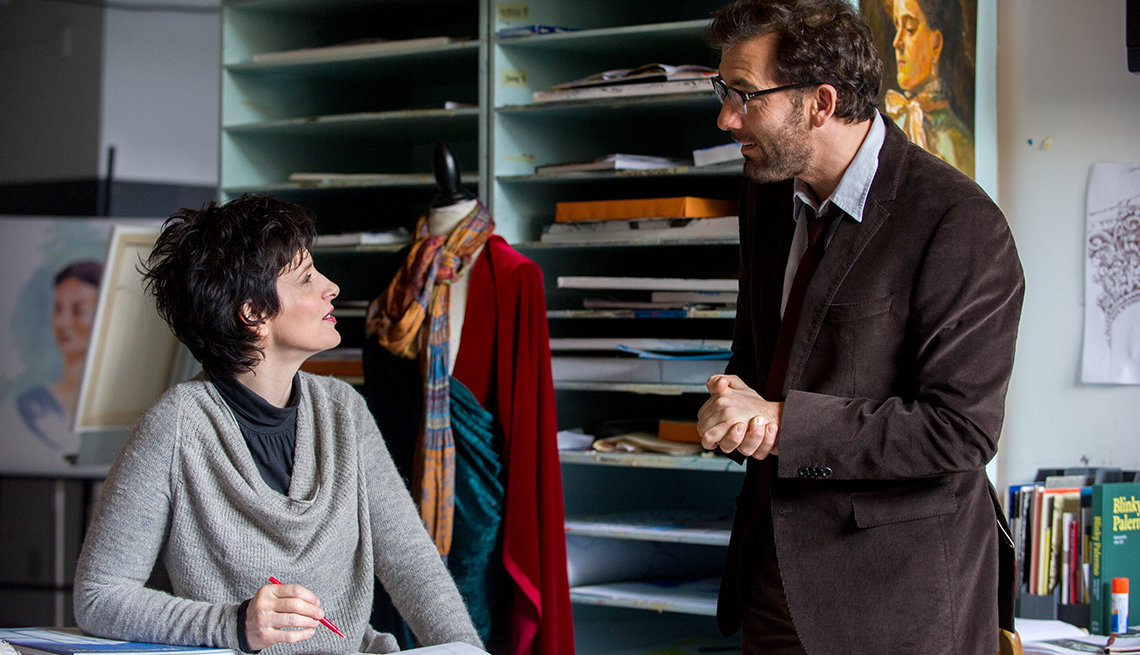 Juliette Binoche and Clive Owen star in 'Words and Pictures.'

The only problem with Words and Pictures, really, is the words. The screenplay by Gerald Di Pego (The Forgotten, Instinct) is doughy, gunked up with overly melodramatic subplots and, more problematic, an overarching dramatic dilemma — whether literature or art matters more — that fails to invest audiences emotionally.

Director Fred Schepisi (The Eye of the Storm, A Cry in the Dark) saves the day by drawing believable performances from his two leads, who play troubled, but magnetic, individuals.

Jack Marcus (Owen) is an accomplished poet and engaging English teacher who's on the verge of losing his academic post due to a fondness for alcohol, which more than likely has contributed to his recent inability to publish. Owen lends credibility to his character's self-destructive inner demons, demonstrating how even the brightest, most creative and dedicated person can become his own worst enemy.

The divorced Marcus meets his psychological match in Dina Delsanto (Binoche), who has just joined the faculty of Croyden Prep. An accomplished artist (as is Binoche herself, whose own paintings are featured in the film), Delsanto is suffering from debilitating rheumatoid arthritis, though the disease has not dampened her feisty, take-no-prisoners wit, and she's not about to be pitied.

Inevitably, the two professors will have to save each other, and thus themselves. But screenwriter Di Pego forces things with a contrived contest designed to pit them against each other. Marcus, fed up with today's culture of tweeting, texting and Instagramming, declares that words are more important than pictures, and Delsanto, with the backing of her art students, is drawn into battle. It makes sense that Marcus' shaky relationship with his grown son enters into things, but it does so with unnecessary melodrama. And the racial harassment by one student of another seems entirely out of left field.

Still, viewers will be so absorbed by the interplay between Binoche and Owen that they'll excuse many of Words and Pictures' flaws. Hopefully the duo's spot-on chemistry will engender a sequel — with a different writer attached.