Christmas used to be a day when movie theaters couldn't give away tickets; now Dec. 25 has become the biggest opening date of the year. These four big-name films — a quirky period piece, two historical dramas and a Broadway musical — offer something for everyone to enjoy as the morning eggnog wears off. 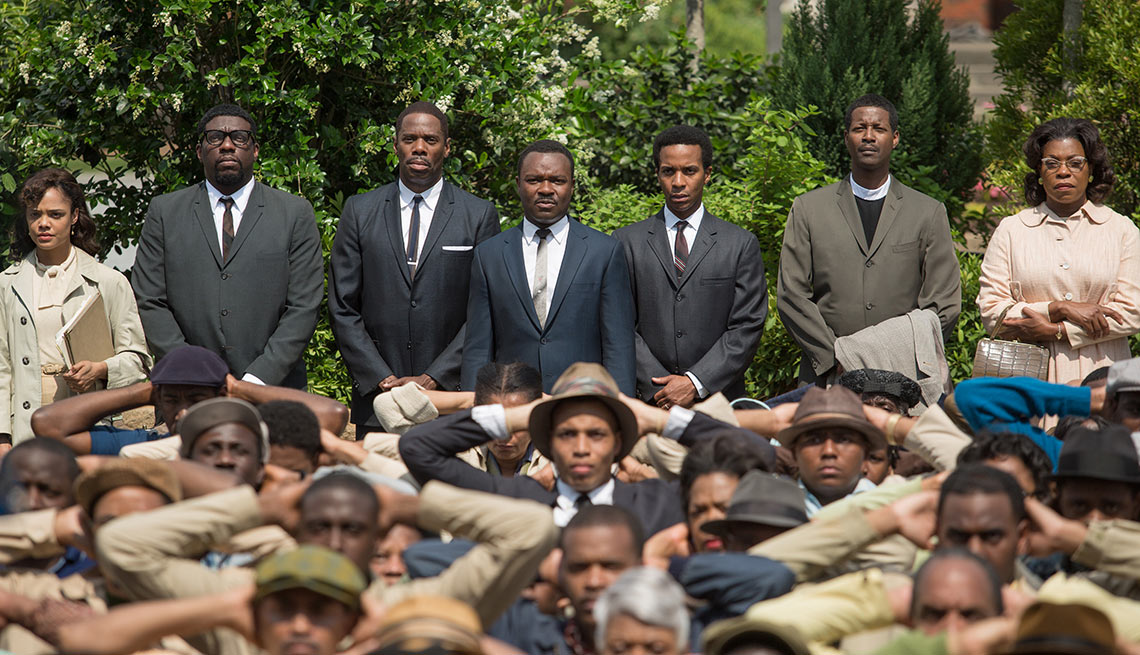 "Selma" focuses on a three-month period in 1965 when the Rev. Martin Luther King Jr. organized a nonviolent march for voting rights.

Too many biopics aim to capture a subject's entire life. Selma, to its benefit, focuses on the three-month period in 1965 when the Rev. Martin Luther King Jr. conceived of and organized the nonviolent march from Selma to Montgomery, Ala., to win African Americans the constitutional right to vote.

Director Ava DuVernay (Middle of Nowhere) certainly doesn't deify King: In one memorable scene, Coretta Scott King (fabulously played by Carmen Ejogo of Away We Go) tells her husband, who's trying to deny the veracity of a tape recording of him with a lover, "I know what you sound like." David Oyelowo (The Butler) gives a breathtaking performance, nailing King's physical appearance, his speech mannerisms, his quiet charisma.

Selma is a film about a movement. If it suffers a weakness, it's DuVernay's bid to introduce too many protagonists — among them President Lyndon B. Johnson, oddly cast in English character actor Tom Wilkinson. It likewise proves difficult for a film to track all the political intricacies of the time, which resulted in the Voting Rights Act of 1965, a huge stride toward racial equality in America. With the Supreme Court having stabbed a dagger through the heart of the Voting Rights Act in 2013, this poignant history lesson comes at a perfect time, holiday release date or not. —M.G. 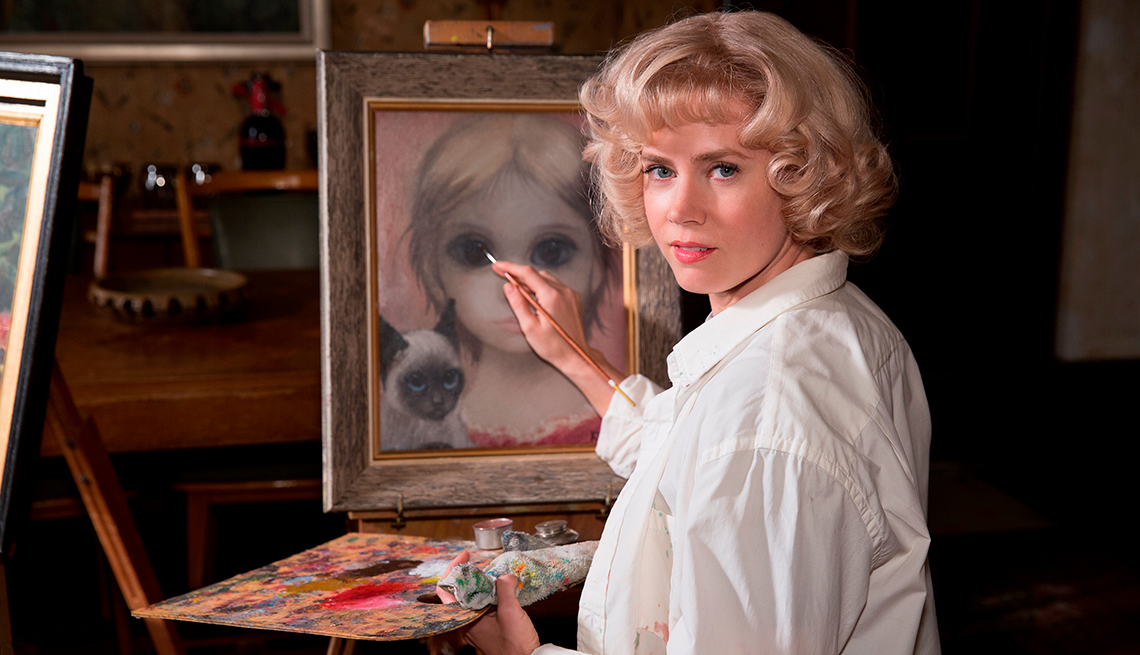 Except for one scene, director Tim Burton takes a surprisingly conventional approach in "Big Eyes."

The saucer-eyed waifs who populated the paintings of Margaret Keane helped define American culture in the early 1960s. But there was a deep secret behind her art: Though Margaret painted the pictures, her domineering husband, Walter, claimed all the credit.

As Margaret, Amy Adams will break your heart. Timid and talented, she is humiliated by — but at the same time oddly accepting of — her husband's public deceit. And as her charismatic hubby, Christoph Waltz is so charming and resourceful that we almost buy into his rationalization for the masquerade. Through sheer force of will, this born huckster elevated his wife's kitschy creations to the level of sought-after Americana.

One other performance deserves some grownup accolades: As the New York Times art critic who disdains Keane's big-eyed children with an almost murderous passion, 76-year-old Terence Stamp is fiendishly delightful.

Director Tim Burton (Beetlejuice, Edward Scissorhands) takes a surprisingly conventional approach here — until, that is, one nightmarish scene in which Margaret, haunted by her secret, begins to see everyone around her bearing those grotesquely pie-sized peepers. —B.N. 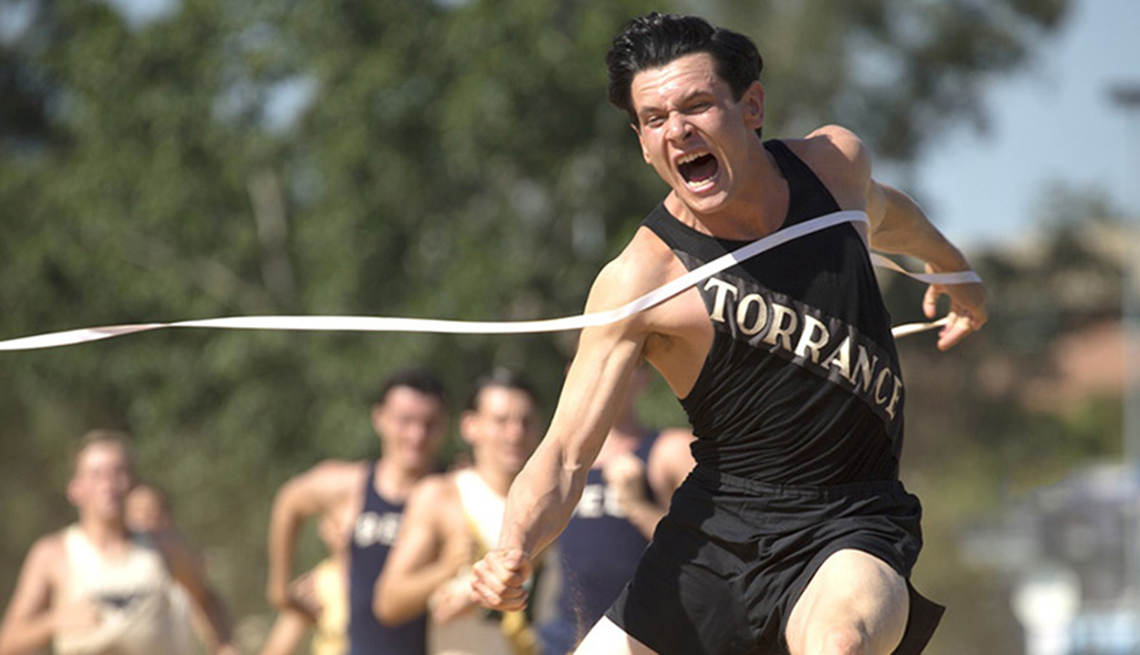 Angelina Jolie brings to the screen the story of U.S. Army Air Forces Lt. Louis Zamperini, whose B-24 crashed into the Pacific in May 1943. Zamperini survived 47 days in an open life raft at sea, only to be captured by the Japanese and sent to a POW camp, where he was tortured until his August 1945 release.

Much has been made of Jolie's pivot from actress to director, but despite the terrific acting and gorgeous cinematography, the result is somewhat unsatisfying. The re-creation of the brutality Zamperini suffered at the hands of his captors — especially a sadistic guard known as the Bird, played by Japanese pop star Miyavi — is relentless to the point of stomach-turning. And while Jolie overdocuments Zamperini's physical suffering, she offers too little evidence of the inner drive that enabled the onetime U.S. Olympic runner to withstand such torment and live to the age of 97.

Up-and-coming English actor Jack O'Connell (300: Rise of an Empire) does a fine job of breathing life into the energetic younger Zamperini, embodying his inner steel. But his performance cannot transcend the script: Though based on Laura Hillenbrand's magnificent best-seller Unbroken and adapted by a small army of writers (including the legendary Coen brothers), it fails to offer true highs and lows, rendering the retelling a bit monochromatic.

Jolie has proved that she can direct a movie. With this second project behind the camera, however, she may have bitten off more than we can chew. —M.G. 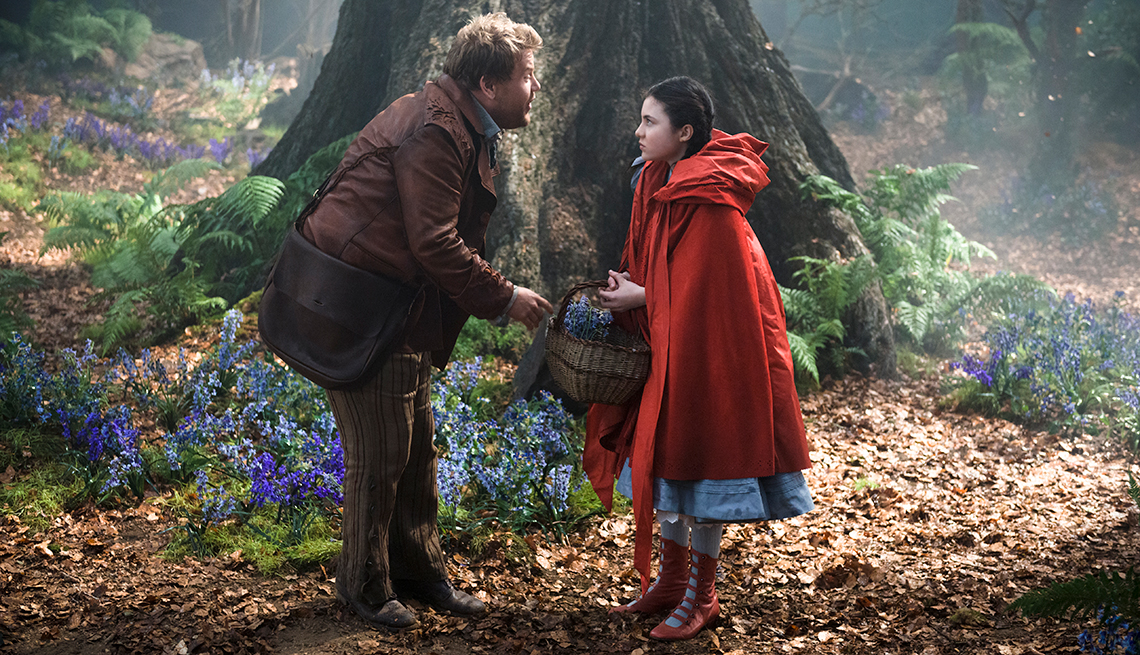 Director Rob Marshall has kept intact virtually every song from the beloved musical "Into the Woods."

But there's a reason the original Broadway version of Into the Woods was performed in two acts: The first half was a merry pastiche of fairy tales, ingeniously intertwining the stories of Cinderella, Little Red Robin Hood, Rapunzel, Jack and the Beanstalk and others. The happy ending came right before intermission, after which the mood turned dark and all hell broke loose. (It's never a pretty sight when characters discover what sort of life awaits them after "happily ever after.")

For the movie, Marshall instills a dark vision right from the start, dovetailing the first and second acts to create a mounting sense of dread rather than a clear dividing line. The film's smoke-laden mood never really lifts, making Into the Woods a very long hike indeed. —B.N.

Bill Newcott is a writer, editor and movie critic for AARP Media. Meg Grant is West Coast editor of AARP The Magazine.