These heartwarming winners from Netflix, Disney+, HBO Max and Apple TV are so good, you may forget to rewatch ‘The Grinch’ this year! 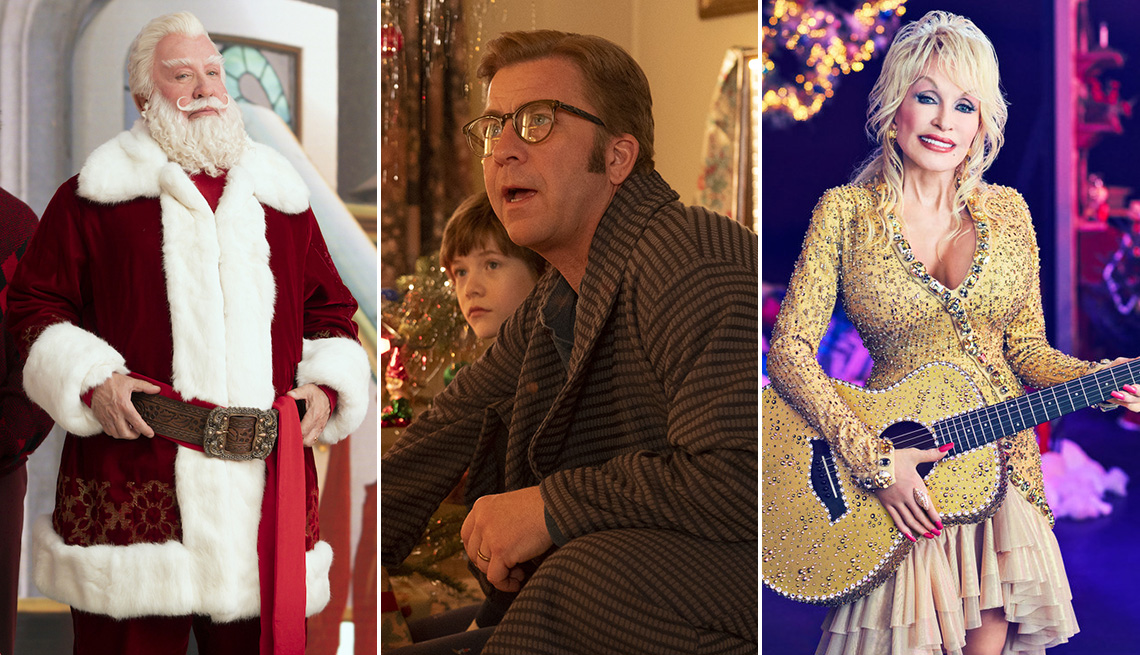 Trust us, we love It’s A Wonderful Life and How the Grinch Stole Christmas as much as anyone, but watching only the classics during the holiday season can be a bit like getting the same gift under the tree every year. Allow us to gingerbread-spice up your December streaming schedule with these 12 new Christmas-themed films and TV shows. Which recent holiday films have made it into your annual repertoire? Let us know in the comments below!

The premise: Lindsay Lohan kicked off her big comeback tour with this sweet-natured romantic comedy that would feel right at home on the Hallmark Channel. The former child superstar plays spoiled heiress Sierra Belmont, who experiences total amnesia after a skiing accident and is nursed back to health by a widowed lodge owner named Jake (Glee’s Chord Overstreet). For the film, Lohan recorded a cover of the 1957 holiday classic “Jingle Bell Rock,” a cute nod to her performance of the same song in Mean Girls.

Check it out if you like: the 1987 comedy Overboard, albeit with a lot more snow and twinkly lights this time around.

Watch it: Falling for Christmas on Netflix

The premise: With its leg lamp and Red Ryder BB Gun and a tongue stuck to an icy pole, 1983’s A Christmas Story has emerged as an unlikely holiday classic, even inspiring a Broadway musical. Set 30 years later, this sequel sees Ralphie Parker (Peter Billingsley, 51) returning to his Indiana hometown with his wife (Erinn Hayes) and kids in tow after the death of his dad, aka The Old Man. The Parker family house from the original film is now a museum and guest house in Cleveland, so the crew commissioned a replica of the home and surrounding neighborhood to be built on the sequel’s set in Hungary.

Check it out if you like: very gentle comedy and Julie Hagerty, 67, who’s taking over the role of Mrs. Parker from the retired actress Melinda Dillon, 83.

The premise: Songwriters Benj Pasek and Justin Paul are best known for their work on The Greatest Showman, La La Land and Dear Evan Hansen, and now they retell A Christmas Carol as a musical, from the point of view of the ghosts. For his next redemption project, the Ghost of Christmas Past (Will Ferrell, 55) sets his sights on cynical hotel manager Clint Biggs (Ryan Reynolds), who’s described as “the perfect combination of Mussolini and [Ryan] Seacrest.” But things take a complicated turn when Past finds himself falling for Clint’s assistant, played by the always charming Octavia Spencer, 52.

Check it out if you like: celebrity cameos and show-stopping musical numbers, with intricate choreography by Emmy nominee and So You Think You Can Dance contestant Chloe Arnold.

Watch it: Spirited on Apple TV+

The premise: The Charles Dickens classic has been remade over and over and over again (see above), but this adaptation combines something old (it’s an update of the 1970 Albert Finney–starring musical Scrooge) and something new (sleek computer animation). Taking on the title role is Luke Evans, who played Gaston in the live-action Beauty and the Beast, alongside a star-studded voice ensemble that includes Olivia Colman as the Ghost of Christmas Past and Jonathan Pryce, 75, as Jacob Marley.

Check it out if you like: the works of Leslie Bricusse, who also wrote the music and/or lyrics for films like Willy Wonka & the Chocolate Factory, Doctor Dolittle and Victor/Victoria.

Watch it: Scrooge: A Christmas Carol on Netflix

The premise: Yet another musical twist on A Christmas Carol, this NBC special from the recent Rock & Roll Hall of Fame inductee takes place behind the scenes of a network holiday special (how meta!), in which Dolly (76) is visited by Three Wise Mountain Men. Unsurprisingly, Parton has attracted a star-studded ensemble of famous friends, including Willie Nelson (89), Jimmy Fallon, Jimmie Allen, Billy Ray Cyrus (61) and Dolly’s goddaughter, Miley Cyrus.

Check it out if you like: country music and zany backstage comedy à la The Muppet Show.

The premise: Sixteen years after the last film in the Santa Clause trilogy, Tim Allen, 69, puts on the red suit one more time for this limited series, in which he returns as Scott Calvin, a divorced dad who became the next Santa after he accidentally caused his predecessor to fall off the roof. As he nears retirement age, Scott/Santa sets out to find a worthy successor. Kal Penn costars as a game inventor and single father named Simon Choski — and we can’t help but notice that he shares the same initials as Santa Claus and Scott Calvin.

Check it out if you like: ’90s nostalgia and cute casting gimmicks; Allen’s real daughter, Elizabeth Allen-Dick, appears as his youngest daughter in the series.

Watch it: The Santa Clauses on Disney+

The premise: Best-selling novelist Jake Turner (This Is Us star Justin Hartley) heads home to settle up the estate of his estranged mother, whom he hadn’t seen in almost 20 years. When he arrives, he meets Rachel (Station 19’s Barrett Doss), who’s looking for her own mother, who used to work as a nanny at the house. They soon join forces to uncover the story of a woman named Noel whose diary they find among decades of clutter. Based on a novel by Richard Paul Evans, the romance was directed by Charles Shyer, 81, who has helmed such classic films as Baby Boom and Father of the Bride.

Check it out if you like: slow-burn literary romances, meaningful road trips and Treat Williams, 70.

Watch it: The Noel Diary on Netflix

The premise: Faced with the prospect of being dropped by her label if she doesn’t land a holiday hit, pop star Angelina (Aimee Garcia) finds a video online of a teenager named Cristina (Deja Monique Cruz) singing one of her songs, and she decides to grant her Christmas wish by paying her a visit. But when the singer gets snowed in, she ends up going for dinner at Cristina’s house, where she discovers that the girl’s dad, a single music teacher named Miguel (Freddie Prinze Jr.), is writing a song of his own. Can they help each other and make beautiful music together?

Check it out if you like: ’90s teen heartthrobs who haven’t acted for a while, lavish quinceañeras and gaggles of excitable tías.

Watch it: Christmas With You on Netflix

The premise: This heartwarming documentary offers a peek behind the curtain at a New Hampshire summer camp where budding Santas, Mrs. Clauses and elves go to learn the ropes and share trade secrets. In an effort to address the glaring lack of diversity in the Santa industrial complex (the crew skews old, white and bearded), the New England Santa Society recruits a new class of campers that includes a Black Santa, a transgender Santa and a Santa with spina bifida. The resulting film is the emotional equivalent of a plate of warm cookies and a big glass of milk.

Check it out if you like: inclusive holidays and feel-good documentaries that aren’t about the usual topics like cults and serial killers.

The premise: For 100 years, the town of Pleasant Bay, Oregon, has been prosperous and problem-free, and its residents chalk it up to the discovery of a strip of Santa’s jingle bells that they think magically solved all their issues. So when said bells go missing, the townsfolk — including Beau Bridges, 80, as Mayor Donovan and Eddie Cibrian as Sheriff Pierce — begin to panic. Enter a squad of amateur kid detectives, who team up to uncover who stole the jingly trinket in this ho-ho-whodunit.

Check it out if you like: Harriet the Spy and films in which precocious children solve the problems of the adults around them.

Watch it: A Christmas Mystery on HBO Max

The premise: How can you make the most comforting competition show on television even cozier? Focus exclusively on holiday confections. This seasonal spinoff returned for its fifth season in November, with bakers whipping up festive treats for judges Paul Hollywood, 56, and Prue Leith, 82. Previous seasons have seen contestants making miniature panettones, iced stollen wreaths, Yule logs, mince pies and snow globe cakes. Be warned: Don’t hit play before you’ve prepared yourself a sweet little snack.

Check it out if you like: flour, sugar, butter and British accents.

Watch it: The Great British Baking Show: Holidays on Netflix

The premise: When she gets an unexpected shot at stardom, singer-songwriter Gail Travers (Annelise Cepero) heads out on a cross-country road trip to perform in the iHeartRadio Christmas Eve concert, but her plans are waylaid when she breaks down halfway in the town of Harmony Springs, Oklahoma. As the clock ticks down, she strikes up a relationship with a guy named Jack (Jeremy Sumpter) and agrees to coach a group of outcast kids who are hoping to perform their own Christmas Eve concert.

Check it out if you like: Lifetime Christmas movies and Brooke Shields, who costars. 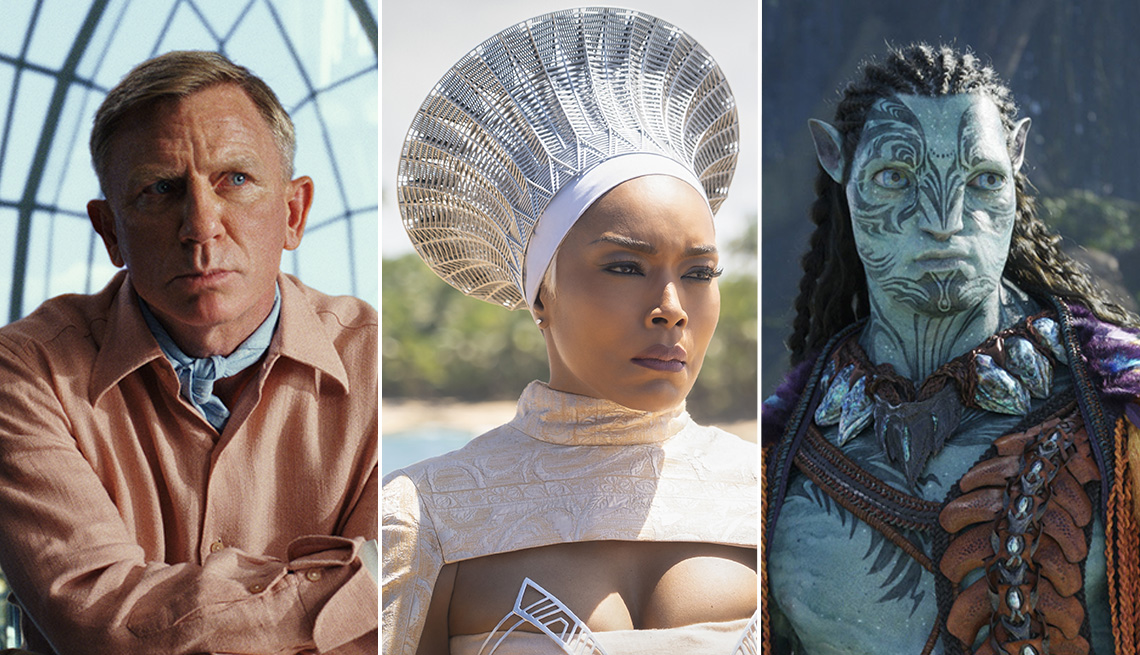 See the 'Black Panther' and 'Avatar' sequels, and more

Your Guide to the Best Holiday Movies, Specials and TV Episodes 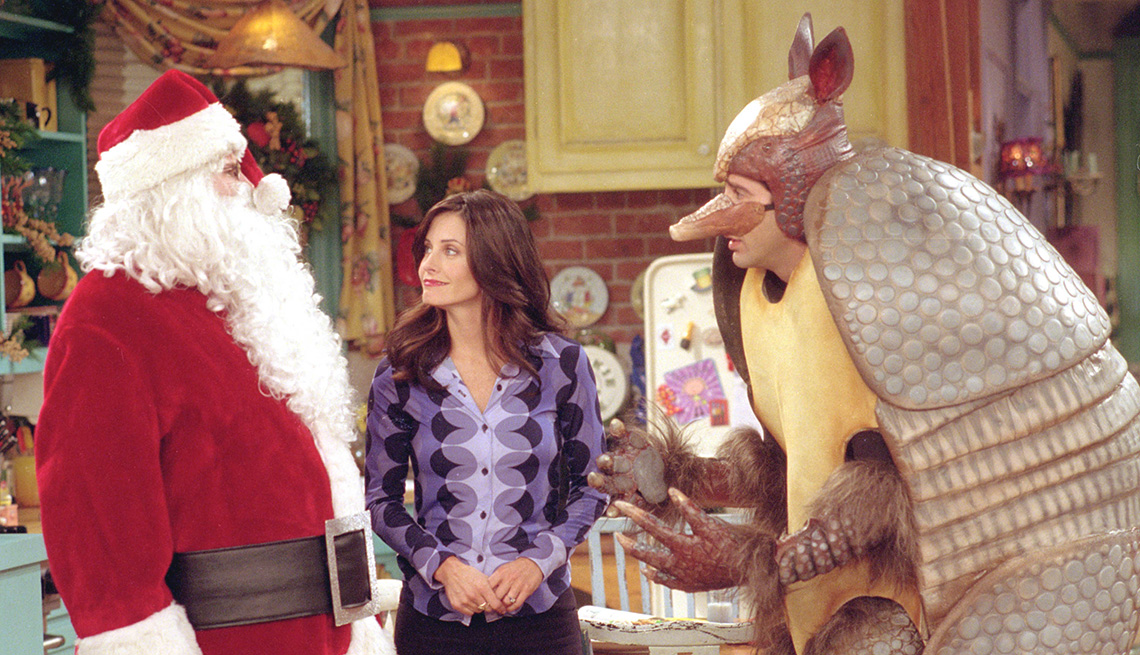 From 'Seinfeld' to 'The Office,' shows to make you ho-ho-ho (or feel heartwarmed)