Le Week-End isn't nearly the comic lark the trailer would have you believe. It's much better than that: a poignant look at a relationship whose embers of love are barely glowing, but whose principals still like each other too much to split up. Jim Broadbent and Lindsay Duncan are Nick and Meg. They've been married forever, and now they're going to Paris, the City of Love, to rediscover the passion of their youth. 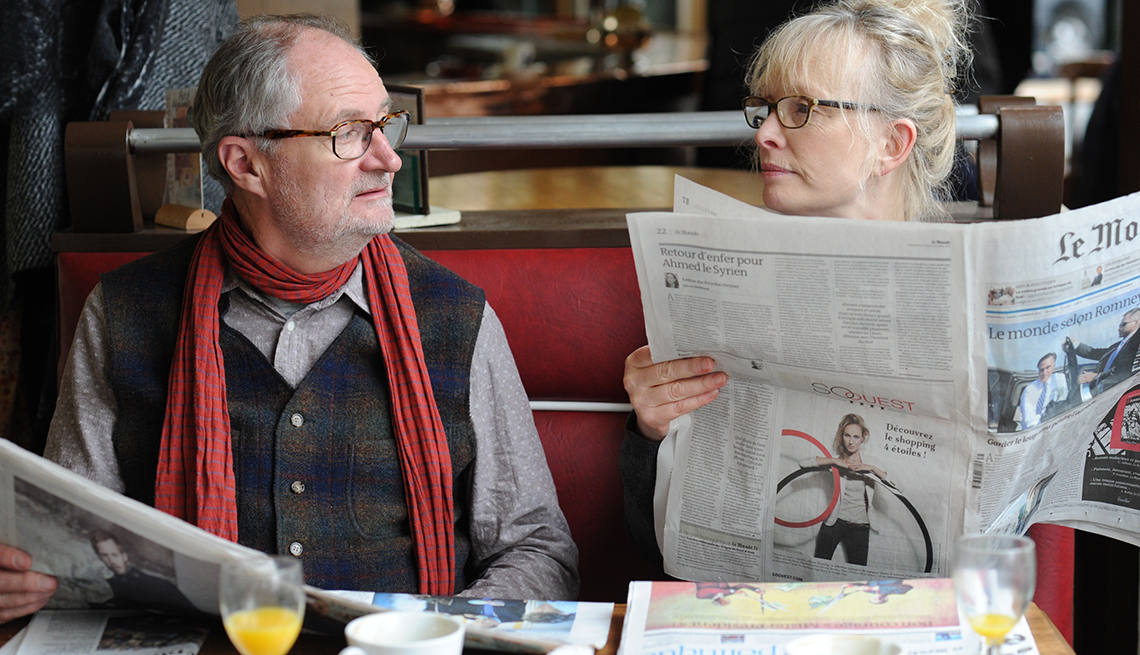 Nothing remarkable there — isn't that why Paris was founded? But as the weekend unspools, we realize Nick and Meg are grappling with much more than frosted-over libidos.

Walking the streets of Paris one night, they run into Morgan (Jeff Goldblum), a former university colleague of Nick's, and reluctantly accept his invitation to a dinner party at his home.

Morgan, it would appear from his sumptuous digs, has done very well for himself, whereas Nick and Meg are clearly living hand to mouth. Eventually, in a landmine-strewn dinner conversation that could be an outtake from Who's Afraid of Virginia Woolf?, all is told.

Nick and Meg are, in many ways, an irritating pair. They're a little delusional and a tad selfish. Their differing personalities, it becomes clear, probably constituted the perfect marital storm from the start. But Broadbent and Duncan play the pair as stubbornly likable, and as we sense Le Week-End drawing to a close, we desperately hope some deus ex machina will rescue them from themselves before the end.

If Le Week-End were the lighthearted rom-com its ads promise, that's precisely what would happen. But director Roger Michell and writer Hanif Kureishi — who last collaborated on the decidedly crusty Peter O'Toole movie Venus — will have none of that. They don't quite dump Nick and Meg in the dustbin, but they don't let them off easy, either. In that way, Le Week-End is more like life, which I always find more intriguing than any Hollywood ending.