A sports drama, a comedy and a romance all rolled into one, Million Dollar Arm is a feel-good, uplifting romp — much of it through the colorful villages of rural India — that will leave moviegoers cheering. And it's based on a true story to boot. Director Craig Gillespie (of Lars and the Real Girl) and writer Thomas McCarthy (Win Win, Up, Michael Clayton) bring together a terrific cast of quirky characters in believable and entertaining ways in this Disney film, in which the rhythm of place plays as key a role as it did in the 2008 award-winner also set in India, Slumdog Millionaire. 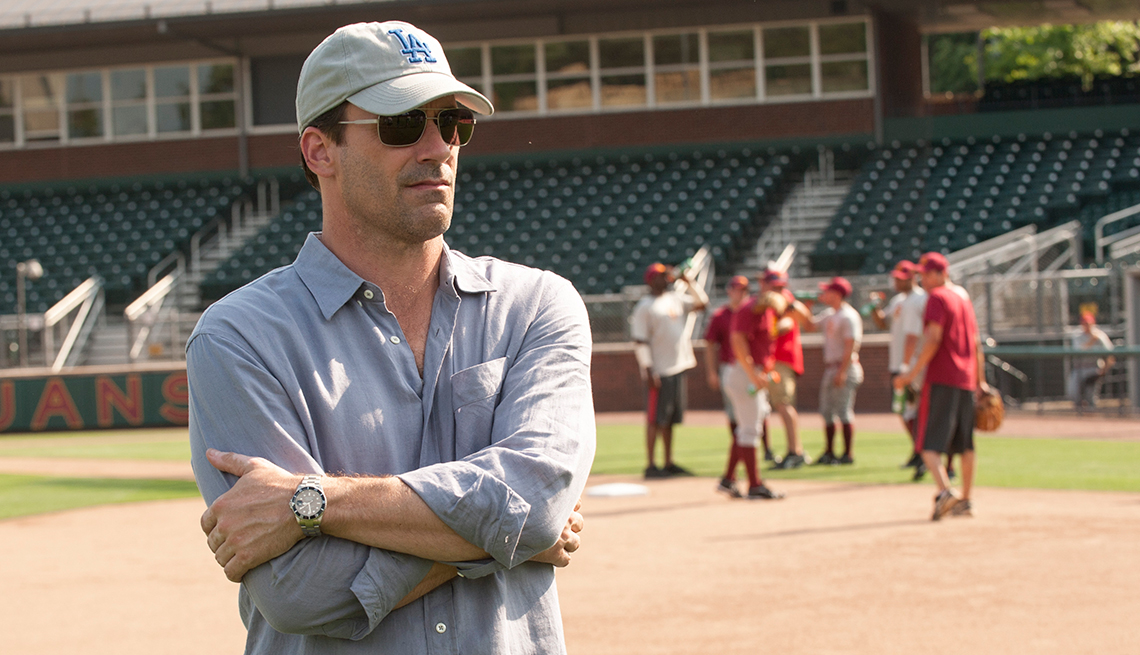 In the movie's opening scenes we meet the real-life sports promoter J.B. Bernstein (he once represented Barry Bonds), played by Jon Hamm (TV's Mad Men star and an actor we will undoubtedly see much more of on the big screen), when Bernstein's high-flying career has taken a nosedive.

He's a fast-talking, self-obsessed bachelor, but he quickly comes up with an inventive scheme. How about holding a reality TV competition to identify a young cricket player in India with a strong enough arm to land him a Major League Baseball pitching contract in the United States?

AARP Members: Save on your favorite movies, books and music.

With a curmudgeonly and eternally sleepy baseball scout (skillfully portrayed, as usual, by Alan Arkin) in tow, Bernstein sets off for Mumbai, only to discover that the skills prized in cricket are quite different from those in baseball.

The first half of the story is full of terrific acting and sharp, fast dialogue, but the fun has just begun.

Singh and Patel, who are both from impoverished backgrounds, speak little to no English. They struggle with technology as basic as the remote control and respond to America with appropriate wide-eyed culture shock. When Bernstein fails to behave like a good mentor would, they also slide into slumps of confidence on the ballfield, where they're under pressure to transform by the contest's end.

Enter Bernstein's guesthouse tenant, a smart medical student played by the lovely Lake Bell (It's Complicated, In A World…), who forces her landlord to see beyond the dollars and cents of his intentions and to — frankly — step up to the plate.

While some serious issues (the importance of family, the shortsightedness of greed) come into play throughout Million Dollar Arm, the filmmakers keep the energy light and high. The result, thanks in no small part to the delightful Indian armchair travel experience, is certain to be a win-win for the folks in the bleachers.