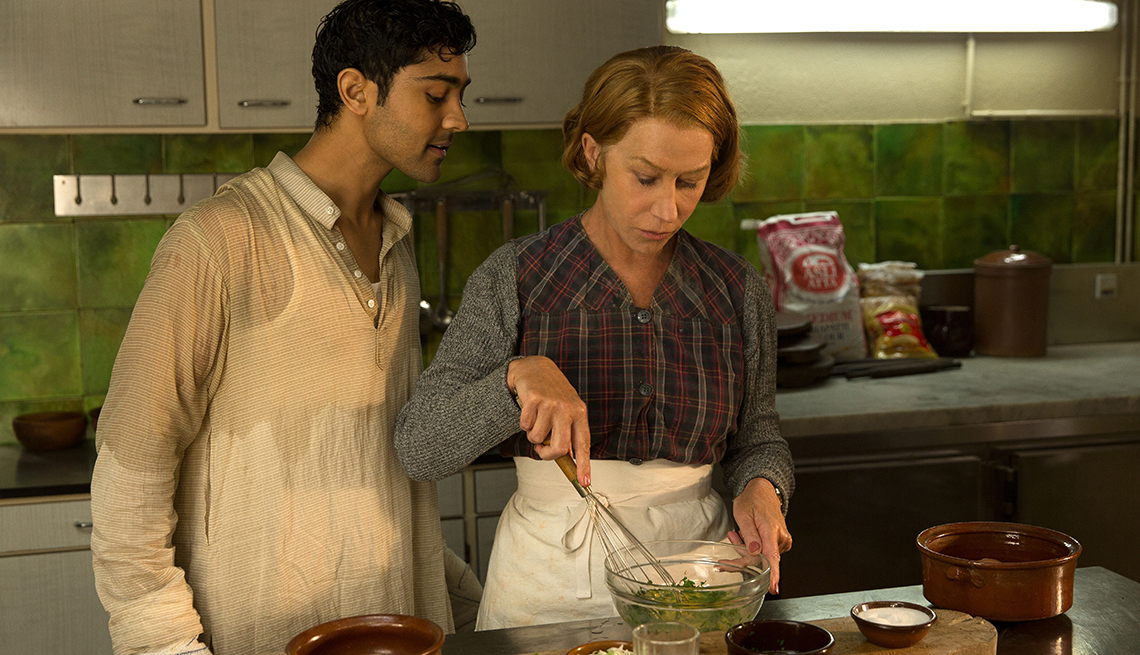 Though her French accent could use some work, Helen Mirren does a fine job as the widowed Madame Mallory, proprietress of a classical French restaurant graced with a Michelin star: It's called Le Saule Pleureur (the Weeping Willow), and it nestles in the hilly village of Saint-Antonin-Noble-Val in the South of France.

Madame meets her match in Om Puri (East Is East), playing Papa Kadam, patriarch of an Indian family fleeing unrest in its native Mumbai. (The violence claimed the life of Papa's wife, the mother of their four children.) A mere 100 feet across the road from Le Saule Pleureur, Papa opens Maison Mumbai, a replica of the family's open-air restaurant back home.

Talk about authentic! Maison Mumbai is replete with roaming chickens and blaring santoor music, and it offers dishes prepared from recipes passed down for generations. Madame Mallory is not amusée by the competition nor by the culture clash embodied in "zees people."

An all-out culinary war ensues, with the two rivals buying up all the prawns at the local market to deplete the other's supply, and both complaining to the town mayor about the other's zoning violations. A secret weapon emerges from this skirmish: It's Papa's son Hassan (adorable Manish Dayal from The Sorcerer's Apprentice), a gifted chef who asks to apprentice under Mallory. Madame quickly sees Hassan, with his case full of secret family spices, as the key to winning her restaurant its second Michelin star. That flusters her sous-chef, Marguerite (lovely Charlotte Le Bon from this year's Yves Saint Laurent), who's got eyes for the lad.

Based on the sweet 2010 novel of the same name by Richard C. Morais, The Hundred-Foot Journey conveys the noble message that racism can be cured by examining cultural differences and similarities. But the rapprochement between Papa and Mallory unfolds too predictably. The script, by Steven Knight — better known for thrillers such as Redemption — is preachy at times in an Oprah-esque, feel-good way. (Indeed, the TV-talk-show-host-turned-network-owner is a producer on the film, along with Steven Spielberg.) And a third act, in which Hassan takes the helm of a Paris restaurant known for molecular gastronomy, adds nothing to an already long comic drama.

Still, The Hundred-Foot Journey makes a satisfying cinematic meal. Even if it leaves you searching for a more original recipe, it's as comforting as curry.