It's the mid-1970s, and Annie Parker (Samantha Morton) is haunted. Not by the ghosts of her dead grandmother, mother and sister, but by the disease that killed them all: breast cancer.

Dr. Mary-Claire King (Helen Hunt) is also haunted: by her stubborn conviction — despite scientific evidence to the contrary — that a genetic marker exists for certain kinds of breast cancer.

Decoding Annie Parker, based on actual events, tells both women's stories, largely in parallel narratives, as they try to prove that breast cancer among related women is more than, in the words of one dismissive male doctor, "bad luck." 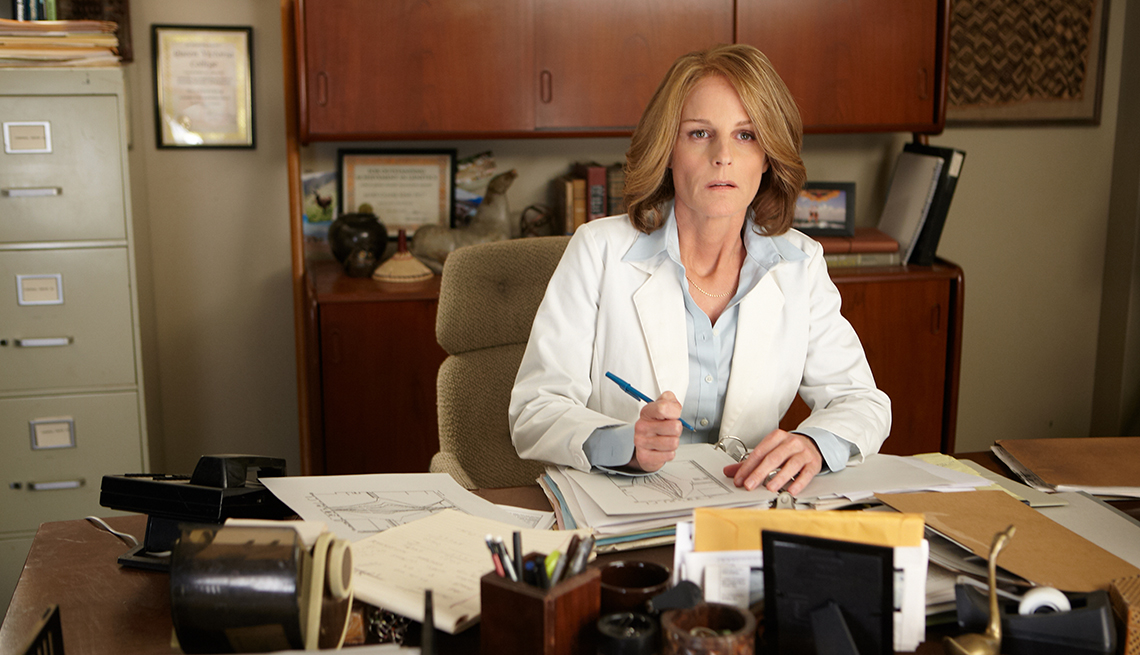 The stars, both two-time Oscar nominees, make us truly care about their characters. Hunt's Dr. King is a deadpan monomaniac when it comes to breast cancer; she's smart, visionary and not much fun at all.

Morton's Annie, who narrates the film, is a natural-born comic with a quirky joke for just about everything — except when disaster strikes, which it does with alarming regularity in the form of family deaths, personal health crises and a loser husband (Aaron Paul, fresh from his triumph as Bryan Cranston's sidekick on Breaking Bad).

The trailers and ads for Decoding Annie Parker would have you believe that Annie is some sort of Patient Zero for Dr. King, the key that finally enables her to piece together the genetic puzzle of breast cancer. Alas, history proves inconvenient here: Even according to the movie's own narrative, it appears Annie and Dr. King met only once, long after the pivotal events of the film had taken place. So tangential is their relationship that Bernstein chooses to show us that brief encounter twice; once at the start of the film and again at the end.

That's not to diminish the appeal of watching the two women maneuver through their individual personal minefields. King finds herself swimming upstream against the medical establishment — not coincidentally, an establishment dominated by men — and watching her determination harm her career.

Annie, a high-school graduate, feels in her gut that her family's history of cancer is the result of more than mere chance. To better understand the theoretical literature, she tries to build a model of a DNA helix in her basement (echoing, perhaps inadvertently, that moment in Close Encounters of the Third Kind when Richard Dreyfuss sculpts Devils Tower from his mashed potatoes).

Director/cowriter Steven Bernstein also deserves credit for landing the precise character actors you'd expect in particular roles. Who else would you want for the good-hearted, steadfast man of Annie's dreams but universal nice guy Bradley Whitford? And as the mean old physician who bitterly refuses to even consider the notion of genetic markers for cancer, no one else would do but Bob Gunton, who has made an entire career of playing stern-faced doctors, priests, wardens and politicians.

There may have been no good way to dovetail the stories of two such disparate women in a single satisfactory narrative. So Decoding Annie Parker pushes forward on side-by-side tracks, like the two halves of a spiral helix. But in the end, it works: You get two inspiring stories for the price of one.