Bristling with sharp surprises at every dark turn, punctuated by crackling performances from a first-rate cast and filmed with a haunting moodiness, Cold in July is a perfect little film — a mini-masterpiece that launches director/cowriter Jim Mickle on a Coen Brothers-like trajectory of great expectations. 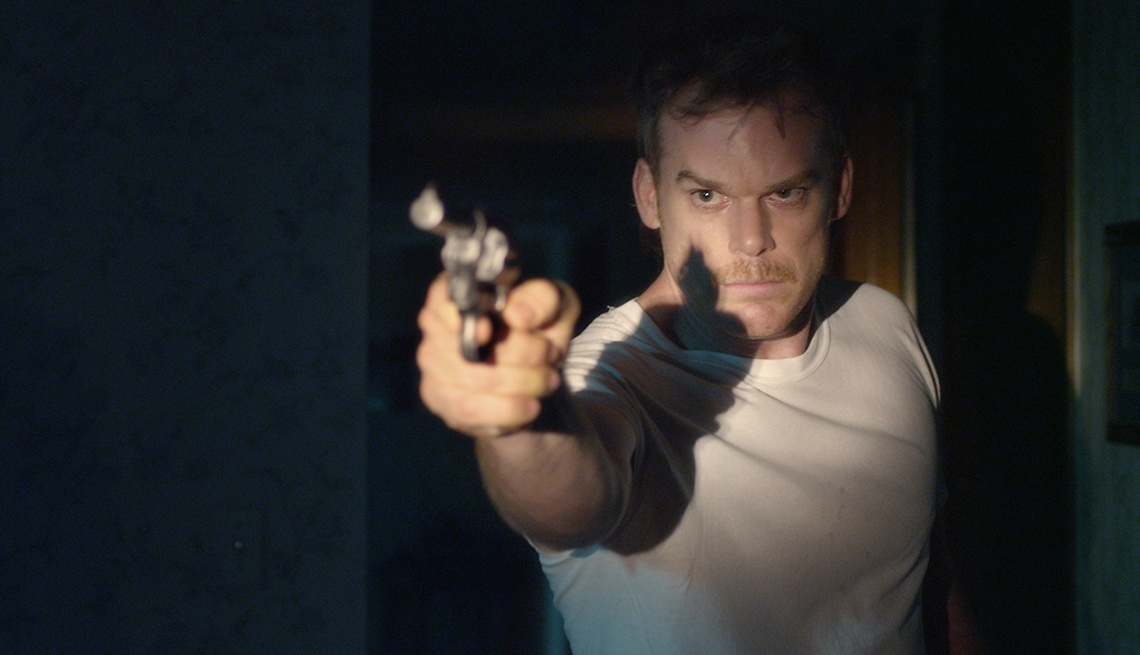 Michael C. Hall plays Richard Dane, a man who accidentally shoots a burglar. Watch as his guilt and regret turn into terror in "Cold in July."

Like many a Coen classic (think Fargo or The Big Lebowski), Cold in July thrusts an unlikely protagonist into a whirlwind of violence and double-dealing.

Richard Dane (Dexter star Michael C. Hall) is a mild-mannered East Texas small-business man who, stumbling through his dark house one night, accidentally shoots a burglar dead. In his gun-crazy community, Dane becomes an instant hero, but he can't fight the guilt he feels. His regret turns to terror when the dead man's father, Russel (a skeletal and scary Sam Shepard), comes to town and begins making veiled threats against Dane's young son.

The traditions of the Hollywood thriller make you suspect where this movie is headed: We're going to watch Dane summon his inner gladiator for a duel to the death with Russel. There's even a tipoff that it will all go down at an old family cabin in the woods.

But Mickle and company aren't interested in taking us places we've been before. Soon we discover secrets about Russel and his son, and those revelations lead to the arrival of a fast-talking, low-rent private detective (Don Johnson, smooth as ever) who happens to be Russel's old Army buddy.

Before long Russel, Dane and the detective are all crammed into the seat of a pickup truck, heading across the Texas scrub in search of brutal answers they're not positive they want to hear.

Hall is excellent as the reluctant hero who feels he must redeem himself for a justifiable death. But the biggest fun of Cold in July is watching the veteran stars go at it. Johnson and Shepard are natural-born movie actors with a perfect sense of when to rail at the fates and when to stand still and let the fates have their way.

Director Mickle was responsible for one of last year's true cinematic surprises, an English-language remake of Mexican director Jorge Michel Grau's all-in-the-family cannibal film We Are What We Are. With these two films, Mickle shows himself to be an artist who's willing to take the wheel of a well-established genre, veer off the highway and rattle down his own uniquely twisted road.