Briskly paced and blessedly free of the endless blind alleys that plague too many political thrillers, Closed Circuit begins with a horrendous act of terrorism, introduces us to the team of lawyers appointed to defend an alleged participant, and follows them as they slowly uncover the corrupt government system that desperately wants to hide the truth behind the crime. 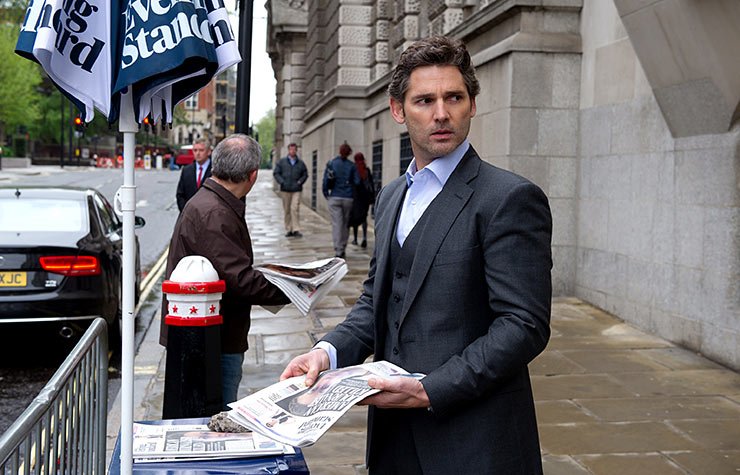 There are some first-rate thrills along the way, and for once it's nice to come out of a crime drama without suddenly rethinking a plot twist, stopping in your tracks and grumbling, "Wait a minute … how did they know that?"

Eric Bana and Rebecca Hall play a couple of London lawyers charged with defending a guy (Denis Moschitto) who supposedly played a role in a suicide truck bombing. As secret ex-lovers, the pair should be disqualified from working on the case together, but because that thing ended some time ago, they decide to let it remain their own little secret (they wish!).

Bana and Hall are an extraordinarily appealing couple, and if anyone out there is considering making the old Avengers TV series into a movie again (there was a film version in 1998), would you please consider casting them as John Steed and Emma Peel? They would be great.

The theme of Big Government beating down truth-seekers has gotten a good run over the years, and as an American it's nice to finally see a film in which the CIA is not the rogue agency in question. This time it's MI5, the CIA's British counterpart, that has nefarious motives.

Our heroes have several friends who may or may not be in cahoots with the shadowy agency, and that gives us plenty of opportunities to enjoy fun performances by Jim Broadbent and Ciarán Hinds — whose natural Belfast brogue will come as a surprise to those who loved him as the drawling Bill Clinton clone on last year's cable series Political Animals.

The ad campaign for Closed Circuit goes to great lengths to connect the film's plot with recent headlines about government surveillance. In truth, the prying eyes of Big Brother play a marginal role in Closed Circuit, although the larger theme of government trustworthiness does get a good going-over.

Director John Crowley — who helmed the big-hearted 2008 Michael Caine drama Is Anybody There? — brings the proceedings in at an economical hour and a half. That's a welcome development at the tail end of a summer when the studios seemed determined to hold moviegoers hostage, perhaps hoping we'd succumb to Stockholm syndrome and like their movies, no matter how bad they were.