Blanchett is the center on which Blue Jasmine's universe turns. From the second she appears on screen, yakking nonstop to herself on an airplane, the movie is all about her. Her performance in the role, which essentially gives her two personalities to inhabit, is stirring.

Sign up for the Leisure Newsletter (monthly), for entertainment stories, movie reviews and top games in every issue 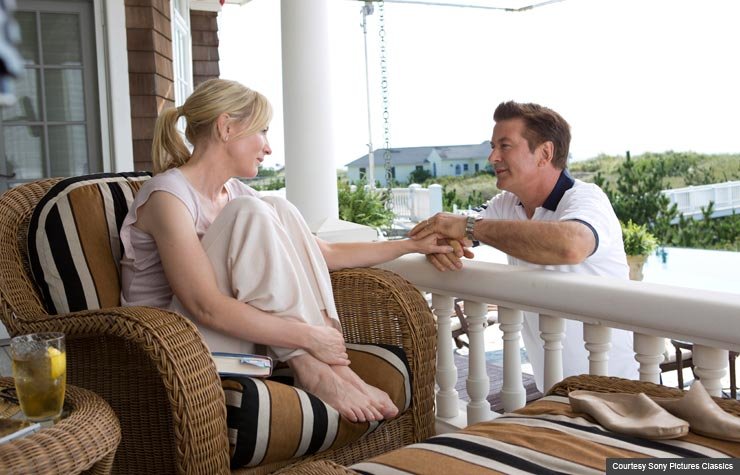 Famous for hiring accomplished actors and then getting out of their way (his words), Allen could not have chosen a more suitable leading lady to play Jasmine. As a toppled New York socialite, she heads to California with plans to reassemble what is left of her life, now packed into two Louis Vuitton suitcases.

There are moments when A Streetcar Named Desire comes to mind. As Ginger, English actress Sally Hawkins is a convincing Stella-like sister to Blanchett's Blanche DuBois-like Jasmine. (Blanchett played the original Blanche to great acclaim on Broadway a few years ago.)

The supporting players are all spot-on, too, with Andrew Dice Clay, Louis C.K. and Bobby Cannavale particularly noteworthy. As the men in Ginger's life they have little to do but firmly establish her penchant for losers — but they do it perfectly.

Jasmine is already a pill-popping, anxious wreck when she shows up in San Francisco. She goes to work for a lecher of a dentist and attends computer classes so she can get into interior decorating. But as she dips her toe in the waters of a different life, Jasmine resists really jumping in. She is more interested in finding a fast way back to the wealth and privilege of her previous ladies-who-lunch existence.

When that old life walks right up to her in the form of another moneyed man (Peter Sarsgaard), the tables turn. The very woman who did nothing while her Wall Street husband defrauded friends and family isn't above some outright lying of her own in the service of her desires.

Jasmine's huckster of a husband Hal, well played in flashbacks by Alec Baldwin, is out of the picture and Jasmine, stripped of her diamonds and furs and with only the Chanel jacket on her back, has no one to lean on but her nonbiological sister Ginger, who lives with her two rowdy boys in a small apartment Jasmine disdains as "homey."

In Blanchett's superb portrayal of the elegantly sophisticated Jasmine (the character's real name is Jeanette — but as a young social climber she came up with something more highfalutin) we see the ease with which a woman might move from an undefined previous life into the rarefied world of Wall Street wife. Yet, as the nervous Nellie who keeps prescription meds as handy as her Stoli martinis, Blanchett gives us a look at that woman's edge. We wonder if — or when — she might take the final steps into madness.

Many of Allen's films take on dramatic themes including love, fidelity, honesty and security. But Blue Jasmine is more serious than his recent offerings, certainly more so than last year's To Rome With Love. 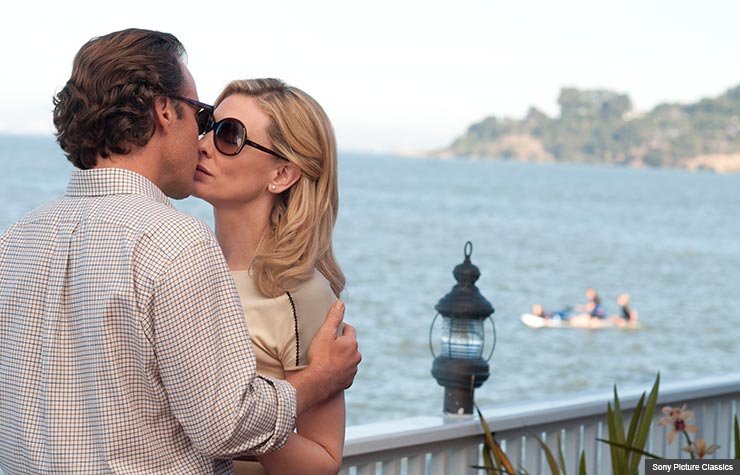 There are occasional witty lines, but this isn't a comedy. Rather, it is a study in contrasts. There are the sisters Jasmine and Ginger — blonde and brunette, tall and short, white-gloved and blue-collared. Then there are the men who love them: WASP-y Hal, who abandons Jasmine emotionally and financially, and swarthy Chili (Cannavale), whose love for Ginger is constant and passionate.

Also, there is the contrast of place. In the East, the film is set in Allen's beloved New York and we see the poshest parts of it, as well as its summer playground of the rich, the Hamptons. Out West he features San Francisco, but this is no love letter to the city of postcard painted ladies and quaint cable cars. True, Allen sneaks in a scenic view or two, but mostly we see the working-class Mission District with its nondescript apartment buildings and bodegas staffed by neighborhood folks.

All the players in this story are deluding themselves about the lives they live or how they might stake out a different one. They pretend to be content, yet, like the ground underneath the City by the Bay, it's all pretty shaky. But then, what is contentment but making peace with what we have? Of course, Jasmine would say it's much easier to be content when you have a lot.

Lorrie Lynch is the lifestyle and entertainment editor for AARP Media.