Directors Jonathan Dayton and Valerie Faris make similar magic with Ruby Sparks, an utterly original movie starring Paul Dano and Zoe Kazan. Dano was the intentionally mute Goth kid in Sunshine; Kazan, who wrote the Ruby Sparks script, is Dano's real-life girlfriend. In fact, Kazan (who happens to be the granddaughter of famed director Elia Kazan) says that she wrote the screenplay with the idea of her and Dano playing the leads.

Dano's character, Calvin Weir-Fields, is an accomplished novelist in his late 20s who is suffering from writer's block. On the advice of his shrink (played by Elliott Gould), the somewhat nerdy Calvin tries writing about the woman of his dreams. He fashions her from a fresh-faced redhead he ran into in the park, and soon his words are flowing onto the page and Ruby Sparks (Kazan) takes human form. Like Pygmalion's sculpture from Greek myth, Ruby shows up in the flesh in Calvin's apartment, ready to be more than just his muse. 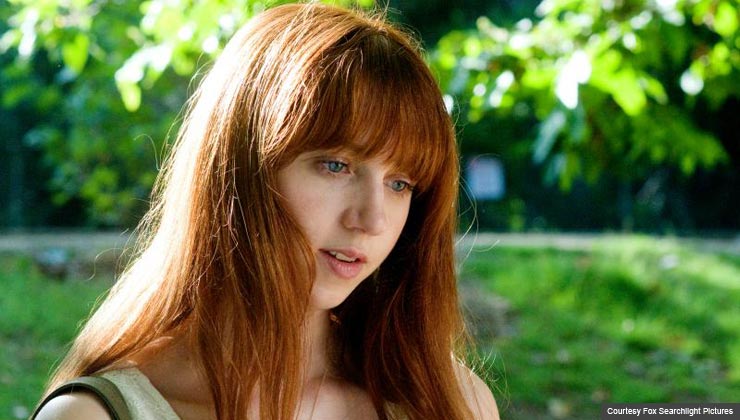 Of course, Calvin can't quite believe what's happening, and Dano's ability to channel that anxious confusion is brilliant, as is Kazan's deftness in communicating her character's laid-back free spirit. The two have natural chemistry, even as Calvin realizes he can write Ruby's qualities — she speaks French, she's a fabulous cook — to suit him. In an appropriately disturbing scene, we see the potential horror of this arrangement, as Calvin is indeed puppeteer to Ruby the puppet.

The film takes a refreshing detour when Calvin and Ruby head out on a road trip up California's Highway 1 to Big Sur to visit Calvin's hippie-dippie mom, Gertrude (played by Annette Bening), and her live-in boyfriend, Mort (Antonio Banderas). Surprisingly, the Bening-Banderas pairing works, as they sneak kisses with each other and pass around a joint.

In the end, what's most wonderful about Ruby Sparks is how it all comes together: wholly unique characters and an unpredictable story line that, midway, seems to run itself into a corner, only to be resolved in a still surprising but realistic way, thanks to Kazan's gift of writing. Directors Dayton and Faris exploit the absurdity of the situation without overdoing the humor, and while it's unlikely Ruby Sparks will have the commercial appeal that Little Miss Sunshine did, it's likely to come close.

You may also like: Best Grownup Love Story in 2011 — The Kids Are Alright.