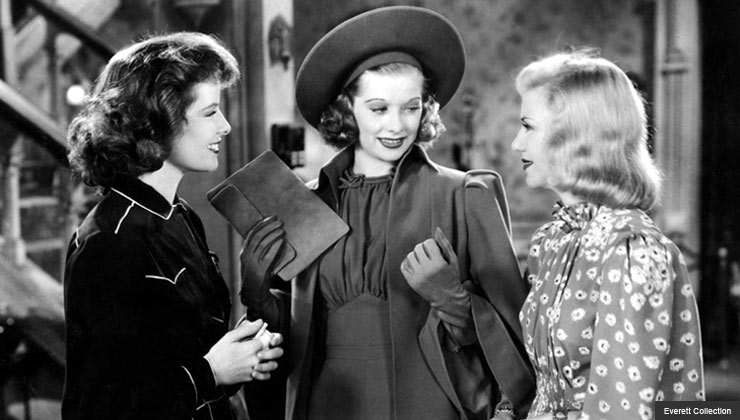 En español  |  When we redesigned AARP's old Modern Maturity magazine 10 years ago we experimented for a few issues with changing the cover logo to a simple "MM." Of course, it only confused people.

For readers tired of our experimentation, the last straw came when we celebrated Lucille Ball's 90th birthday—and the 50th anniversary of I Love Lucy—with a 1943 glamour shot of Lucy in a strapless bathing suit. 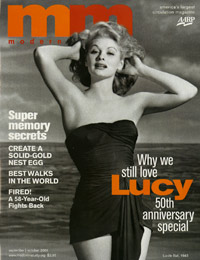 "Why," more than one flummoxed reader demanded to know, "did you run a picture of Marilyn Monroe on the cover, with no article about her inside?" The combination of blonde, pout-lipped Lucy and the looming "MM" above her head conspired to baffle everyone. Two issues later we were AARP the Magazine, and henceforth we resolved to only run cover photos of celebrities taken sometime within the past half-century.

The whole incident did confirm one thing, however: As talented and beautiful as she was, for us Lucille Ball could never be the 1940s glamour girl who mixed humor, smarts, and beauty with the best of them, and that included Claudette Colbert and Katharine Hepburn. So indelible was the impression she made as the scatterbrained redhead of her sitcom, I Love Lucy, that anything she did before that was irrelevant.

There's nothing wrong with that, and in fact Lucy herself seemed more than happy to live out her days dyeing her hair ever more red and accommodating her fans with a tearful "BWAAAAAAA!"

But as I point out in this episode of my Movies for Grownups radio show to celebrate the 100th anniversary of her birth, Lucy left a legacy that extends far beyond the small screen. From her supporting actress days in the 1930s to her final big-screen curtain call in 1974's Mame, she played women who knew what they wanted, and who had a plan for how to get it. It was a quality never even lost to Lucy Ricardo, forever trying to break into show biz, or buy a new dress, or go to the Copa despite the disapproval of her old-school (if ever-adoring) husband, Ricky.

"Lucy may surrender in the final clinch," film commentator Molly Haskell wrote for us in that ill-fated issue of MM magazine, "but she is no 'surrendered' wife. In the final analysis, Lucy is a fireball who treads a fine line between independence and submission, the stay-at-home wife who wouldn't."

And that has a lot to do with why we still love Lucy.