En español |  Rodrigo García is a godsend to seasoned actresses in search of meaty roles. While indie filmmakers often begin their career in their twenties, García, now 51, is something of a latecomer to the craft: He’s made three feature films since he started 10 years ago. Garcia’s astute flicks for smart chicks teem with top-notch actresses of the over-40 variety. He makes movies for grownups, an oasis at the multiplex where adrenaline and teen-appeal dominate.

The son of Gabriel García Márquez, García was born in Colombia and lived in Mexico City until his thirties. But his films are set in the suburbs of Los Angeles (where he’s lived for 16 years) and star (mostly non-Hispanic white) actresses like Glenn Close, Holly Hunter, Robin Wright Penn, and Sissy Spacek. He has directed muscular HBO series like The Sopranos and Big Love, and he wrote, developed, and produced In Treatment, the psychologically sophisticated series that put actresses like Dianne Wiest and Hope Davis into primetime. Even more, his film projects are from a female perspective. They tackle life’s big issues: love and death, family, parenting, loss, and disappointment. “Most of the women in my movies,” he says, “are trapped in some kind of relationship.” 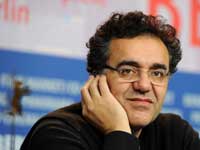 His first cinematic effort, Things You Can Tell by Looking at Her, premiered at Cannes in 2000, winning the Un Certain Regard Award, an honor encouraging innovative works by young talent. In 2005, his film Nine Lives premiered at Sundance and won him the Best Director prize at the Bogotá Film Festival. In January 2010 he was back at Sundance with his third feature, Mother and Child. Starring Naomi Watts, Annette Bening, Kerry Washington, Samuel L. Jackson, and Jimmy Smits, it’s a film about adoption and the bonds between mother and child.

On the eve of the film’s first screening at Sundance, García was gearing up for the next day’s avalanche of reporters and paparazzi, and the arrival of the movie’s stars. Even though his films have been resounding successes—all three have screened at Sundance—García felt a bit edgy. “Any time my movies play, it’s nerve-racking,” he said. “It’s never good enough and when it is, you don't believe it.”

García found an hour of calm before the ensuing hubbub to talk with AARP VIVA about the film and his attentiveness to the emotional complexities of female characters.

Q. Your films—as some might pigeonhole them—are women’s films. What draws you to this subject matter?

A. The main subject that draws me is interpersonal relationships. Relationships with parents, with children, with lovers, with spouses, with ex-lovers; that is what interests me.  I like writing about women because it’s of course more exotic for me. It takes me somewhere—it’s a bigger leap of the imagination.

Q. Your own films are very different from the HBO series you’ve worked on. In between your movies, you’ve directed episodes of some of the most high-caliber shows on cable TV. What’s it like to switch between your quiet melodramas and these taut, hyperreal testosterone-powered HBO series?

A. It was very liberating to be working in other people’s worlds that I would never really invent for myself. I would never have invented anything like Six Feet Under or dared to go to the world of The Sopranos or a series like Carnivàle or Big Love. They’re very well-written shows, and they take me out of my own head and my own obsessions and the claustrophobia of my own scripts.

Q. How does your Latino identity inform your work?

A. Whatever you are, you have that perspective. All my movies are arguably just movies about families or relationships. I don’t know what is particularly Latino about them. A lot of people have said that my movies — although they’re usually about middle-class American families and American women—don’t feel quite American. I’m sure I still have an immigrant’s take on American middle-class life in some way.

Things You Can Tell By Looking At Her was born of that impression I had when I first moved to Los Angeles that life in the San Fernando Valley, compared to life in Mexico City, seemed to me fairly isolated. It seemed a city where people came to reinvent themselves; it was also a city that could be very lonely, even desperate. So that was my foreigner’s take; it ignited my imagination. Things You Can Tell, Mother and Child, and Nine Lives are all inspired by those neighborhoods in the Valley where you can walk on a summer’s day, and it’s really hot and really quiet, except for the airplanes and the leaf blowers. You can walk for hours and not see a soul. I wondered what the lives were that were being lived in those houses and those apartments. It seemed like a place where newcomers could lose themselves.

García responds to personal questions about his life>>>

Q. As a writer, what's it like to be Gabriel García Márquez’s son?

A. I'm not really a writer. I write screenplays that I’d like to shoot. If I were a novelist, I could go into this discussion a little more, or avoid it all together.

Q. Well, to what extent were you influenced by your father?

A. I grew up in a household where there was great value given to good storytelling. Many of my parents’ friends were writers, poets, screenwriters, and filmmakers. So in that sense, that domestic environment was all over my upbringing. I don't feel far from the environment that I grew up in.

Q. And what was it like growing up in that house?

Q. You are 51. Has your approach to filmmaking changed as you grow older?

A.  I’m more and more interested in male characters now. I think my men have gotten better, maybe because I'm getting to know them better personally. I'm mostly concerned with the relationship with the person sitting next to you—parent, sibling, child, husband, lover—and whether things can be shared with them or not. I’ve found it hard to write about men in these regular family situations. I think it would be easier for me to write about men if they were blowing up a bridge or invading Poland. But I find it harder to write about men who are trapped in relationships. Most of the women in my movies are trapped in some kind of relationship.

García responds to questions about his film Mother and Child>>>

Q. Mother and Child features a multiracial cast and several interracial relationships — Jimmy Smits and Samuel L. Jackson’s characters become love interests of two of the white characters. Is their ethnicity important to the story, or did you just like the actors?

A. Everyone’s ethnicity was in the script. Paco [Smits’s character] was always a Latino. Karen [Bening’s character] tries to be in full control of her life, but what happens to her—which happens to people—is that you make plans for your life and then other things happen. So by the time she is sitting there with Paco and Paco’s daughter and grandchildren in the park, she is now part of a Latino family, which I'm sure is something that had never occurred to her.

I like how, through love or marriage or procreation, all of a sudden Catholics are Jews and Jews are Catholics and the black are white. Love and reproduction move not only through time but through ethnicities and races and religions. That interested me.

By the end, when Karen finds her grandchild, her grandchild is at least partly black herself and part of a black family. It’s not that I had a speech about what the colors meant; I just like how life moves through ethnicities, through languages, through colors, through religions. The force of love, of reproduction, of children, moves people through those walls.

Q. To what extent does the film reflect your personal experiences?

A. Factually, none. They are dramatized versions of my emotions, things I am afraid of and things that I like.

Q. What are you afraid of?

A. I think that anyone that has children always entertains horrible thoughts about what would happen if they were not happy, if things did not pan out for them, if you were separated from them — all that stuff that parents never talk about. Factually, the movie is not about anything to do with me, but it is about that brutal attachment that I feel to my children.

Q. Is this a movie you wouldn’t have made if you weren't a parent?

Q. Your next project, Revolución, is quite a departure from the realm of domestic drama and family relationships. You directed one segment of a 10-part film commemorating 200 years of Mexican independence, and it’s reportedly the most expensive production in Mexican history. What can you tell me about your contribution?

A. There are 10 directors participating, and the only guideline was that it be something that would speak about what the revolution means today. We each went to work without any idea of what the others were doing. My film is hard to explain because it’s not a narrative piece. It involves the 1910 revolution and that very Mexican part of downtown Los Angeles.

Q. Things You Can Tell By Looking at Her starred A-listers like Glenn Close and Cameron Diaz; it won festival awards and got great press. What was it like to have hit it out of the park with your very first film?

A. It was confusing because you think this is the way it’s going to be my whole life — you’re going to go from hit to hit. And it’s nothing like that of course.