As quirky and unpredictable as the characters at its center, Mental is an Australian family comedy that celebrates not just familial bonds, but also the conflicts and contretemps that would shatter lesser relationships. 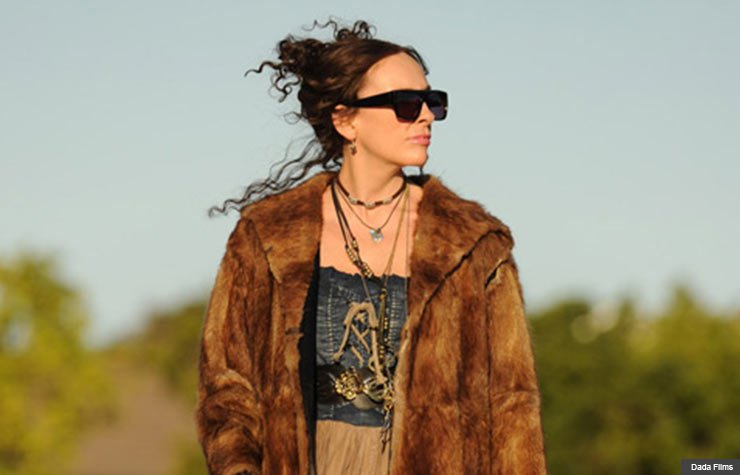 "Mental" stars Toni Collette as hitchhiker-turned-nanny who dispenses such wisdom as "It's OK to be a little insane."

Shirley Moochmore (Rebecca Gibney) has poured so much of herself into trying to please her self-absorbed kids and philandering husband, Barry (Anthony LaPaglia), that she has lost touch with reality. She imagines herself as Maria in The Sound of Music, sweeping across her ratty backyard, arms outstretched, belting out "The hills are alive…!" with all the gusto of a dozen Julie Andrewses. Sitting down for dinner with her five daughters — Dad is either at the office or off with one of his floozies — she makes them reverently observe the TV image of Captain Von Trapp plucking out "Edelweiss" on his guitar.

It doesn't help that Shirley's own daughters are showing signs of mental imbalance. One is convinced she's being stalked by villains from an episode of Lost in Space. Another has taken an online quiz that declared her to be bipolar. And they're all suffering under the weight of having to be, in many ways, their own parents.

The last straw comes when Shirley hallucinates that her husband has won the grand prize on Wheel of Fortune, and she orders truck after truck of new furniture delivered and dumped on her front lawn.

Barry has her committed (telling the world she's off on "holiday"), but he's now faced with a problem. He needs someone to watch over the girls, especially since he's been so uninvolved in their upbringing he often confuses their names.

His solution: He picks up a hitchhiker named Shaz (Toni Collette) and puts her in charge. Little does he suspect that Shaz — leather pants, fur jacket and her own manias aside — is exactly what this fractured family needs.

It's a far-fetched setup, for sure, but writer/director P.J. Hogan (Muriel's Wedding) has created such a rich gallery of characters, and his actors are so up to the challenge, that we buy into the whole thing right away. Gibney, an Australian TV mainstay, gained 30 pounds for the role of Shirley. Shedding that fake New York accent from his TV show Without a Trace, Aussie native LaPaglia is gruffly charming as the clueless dad. Liev Schreiber has a small but delightful role as a shark hunter, a more dangerous version of Steve Irwin. And Collette, reuniting with Hogan some 19 years after their classic Muriel's Wedding, is a force of nature as Shaz. Pulling her oversized sunglasses to the tip of her nose, leaning ominously into the girls' faces, she whips them all into shape with a simple, illuminating message: It's OK to be a little insane. In fact, when you're faced with bullies, real or imagined, a touch of madness can be downright empowering.

And anyway, she tells the girls, Australia itself is "nothing but a living experiment in madness under constant observation by the psychiatric community of the world."

Although The Sound of Music is quoted frequently in Mental, the film's more fitting template would be another Julie Andrews favorite, Mary Poppins. Shaz flies in from nowhere, seemingly the least suitable candidate for that nanny job, hired by an uninterested dad and distracted mom. And in the end, after her work is done, off she flounces into the sunset. We never did get a Poppins sequel; it would be nice to see Collette's Shaz around again to dispense more of her off-kilter brand of wisdom (Shaz does tweet at @shazismental).

Mental is very much an Australian film, with rough edges and leaps of logic that a U.S. audience might find a bit disorienting. But like its protagonists, Mental's eccentricities only add to its offbeat, unexpected appeal.