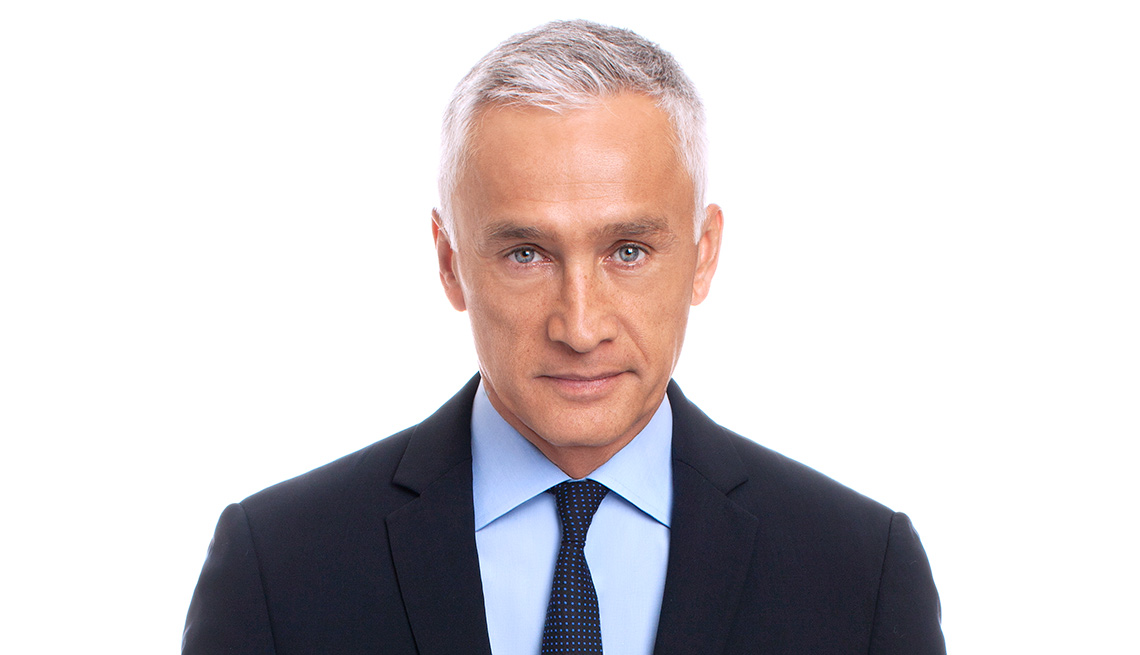 En español |  Journalist and immigrant. That’s how Jorge Ramos defines himself. Both facets of his life are inseparable and at the core of his search for truth in Mexico, his native land, and the United States, his adopted country, where many see him as a spokesman for the Latino community and as an "activist" journalist. But Ramos — cohost of Noticiero Univision, columnist and author of 13 books — doesn't like labels. What is indisputable, however, is his determination to make a difference in the country where he now resides.

Despite having lived half his life in the United States, Ramos says that he has never felt the way he does now: like a stranger. He wrote his new book, Stranger: The Challenge of a Latino Immigrant in the Trump Era, to explain why. We talked to him about his career, his new book, what it means to be a U.S. citizen, and life at 60.

You'll turn 60 this month. Any reflections upon entering this new decade?

It's been hard. It's not just any birthday, and I've been thinking about it for months. There are two reflections: The first, and the most difficult, is that time is running out. No matter how I look at it, it's clear that I’ve lived over half my life. On the other hand, I'm reaching a point where I’m so grateful. It's a real privilege to reach 60, to get there in a good way, doing what you like and surrounded by those who love you.

It's a privilege to turn 60 and have an 84-year-old mom who I still talk to in the mornings, share ideas with and chat with about day-to-day things. It's a privilege to have two children, Paola and Nicolás. They're truly wonderful travel and life companions who have made my life extremely beautiful.

I feel wonderful, both physically and intellectually, with a great job, and [that I am] still contributing to the world around me.

What impact has time had on the way you now see your life, personally and professionally?

I’m happier at 60 than I was at 20. I understand things better; I understand the virtue of patience, but I've also understood of late the virtue of fighting back and not remaining silent. I believe that part of being a journalist is to question everything and question those in power. I've discovered that at 60, I'm still a rebel, and that's something I wouldn't want to change.

I'm an agnostic, and I don't know what'll happen after I die. I hope I'm wrong and there's life after life. So there's a certain anxiety and a hurry to finish what I haven't yet completed because I don't know what will come next. I'd be extremely happy if I were sure that there is something after we die. But as a journalist, I've learned to use data and evidence, and I don't have that evidence.

On the 10th anniversary of your naturalization, what does being a U.S. citizen mean to you?

I lived in Mexico for 25 years, and after living 25 years in the United States, I decided to also become a U.S. citizen. I have dual citizenship. I'm bilingual. I have two passports. I vote and get involved in both countries. I express my opinion about both countries, and I'm very concerned about what happens in both.

I became a citizen for several reasons. I wanted to participate fully in the political life of this country, and I wanted to decide who would be the next president and not let other people decide for me. It's terrifying for me to think that the United States could get involved in another war; and in 2008, it was involved in Afghanistan and Iraq — a fabricated war in Iraq, and one impossible to win in Afghanistan.

I was treated with wonderful generosity when I arrived in the United States as an immigrant, and I am fighting for others to be treated in the same way.

The title of your new book is Stranger: The Challenge of a Latino Immigrant in the Trump Era. Tell us how it came about.

In Spanish, there isn't one word that describes exactly what it is to be a “stranger.” “Stranger” combines the concepts of being unknown and being a foreigner, and that’s how I often feel in the United States.

What is the challenge you refer to in the title?

There are two big challenges. The first is to resist, to not be silenced. The second great challenge is to win: Our idea of a United States that is multicultural, multiethnic, multiracial, tolerant, inclusive, will prevail. 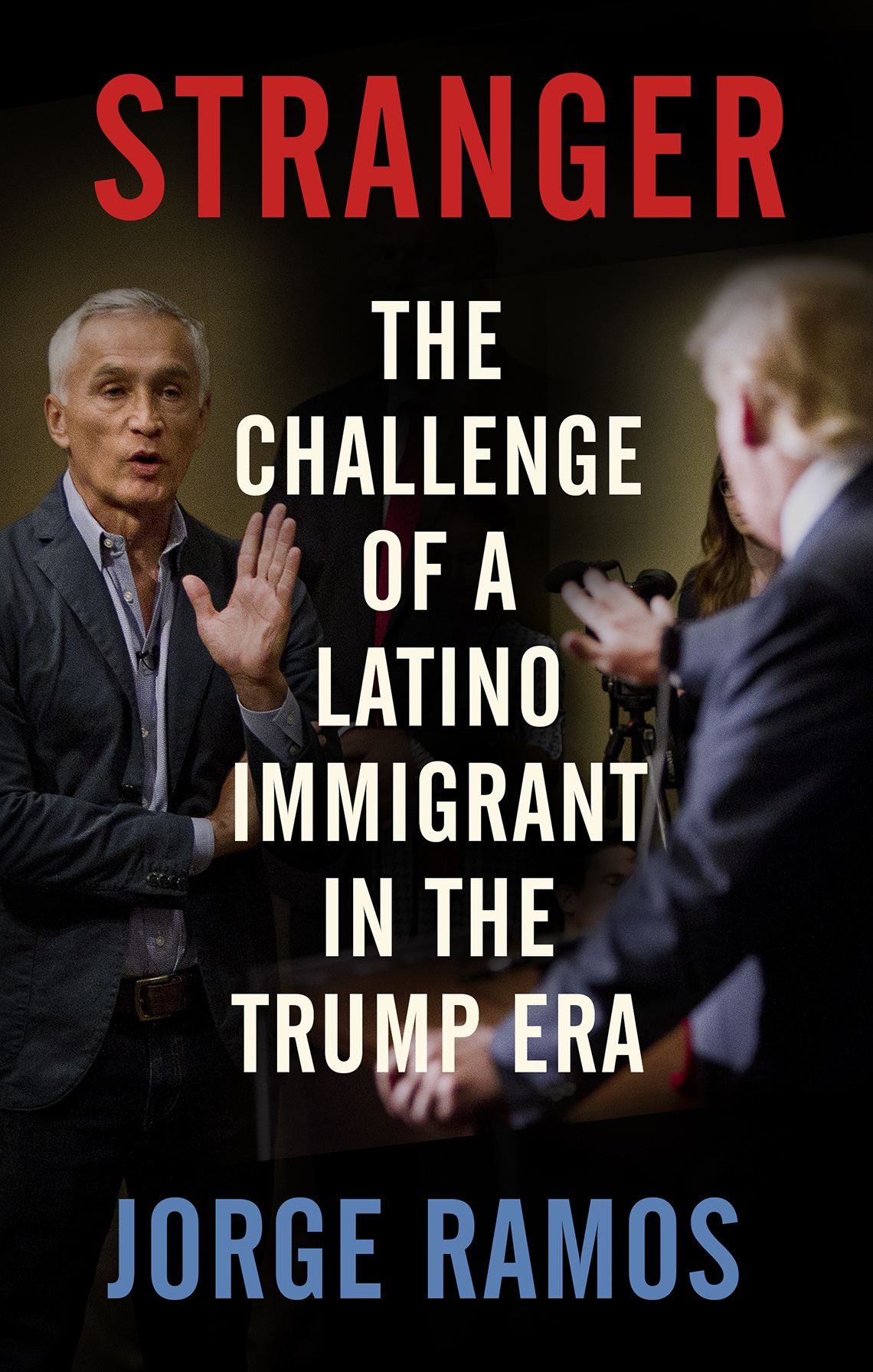 You dedicated your book to the "Dreamers." Why?

Because they truly are my heroes. I am grateful to them for so many things. I have so much to learn from them. And if it weren't for a blue piece of paper, I would be one more Dreamer. I came here as a student and was lucky to arrive with a student visa — but they didn't. That is the only difference between them and me.

In recent years, and during the last presidential elections, you've been interviewed in English by other media outlets. You've been criticized for being neither objective nor neutral, and for being an activist journalist. How do you respond to that criticism?

Elie Wiesel, the Holocaust survivor and Nobel Peace Prize winner, used to say that neutrality only helps the oppressor, never the victims — and he was absolutely right. I understand those who ask me if I'm a journalist or an activist, but my answer is very simple: I'm just a journalist who asks tough questions and understands that, under certain circumstances, you have to stop being neutral.

My main social responsibility is to question those in power. When should you stop being neutral? In cases of racism, discrimination, dictatorships, violation of human rights, public lies. One has to stop being neutral in all those situations. Because if we, as journalists, don't fight and question the people in power, no one else will. That's my job.

I reject attempts to classify me as an activist, because part of a journalist's job is to be an activist for the truth, to actively question those who don't want me to speak.

English is the language of power.... I've learned that we don't get anywhere by talking to ourselves, to people who think the way I do. I have to talk with those who don’t agree with us, with those who attack us, who are racist, who want to get us out of here, with the people who insult me. Those are the people you need to talk to, to explain to them that we're not criminals.... That's why I insist on speaking English and publishing in both languages.

Have you thought about a time you'd want to stop hosting Noticiero Univision? Do you have a retirement plan?
I believe I’ll never retire from being a journalist. As long as I continue to contribute, I'll continue to practice journalism.

One thing that has kept me young, rebellious and always learning are millennials. In my work, I’m surrounded by millennials, both in English and Spanish. Thanks to them, I understand what’s happening in the digital world, which is where TV is going. And I have a very active presence in social media, with more than 3 million followers on Twitter and millions more on Facebook.

I believe that journalism forces you to do two things: to always stay young and relevant, and to be a rebel all your life.