In a new book, the beloved singer shares her memories of the lands that span the U.S.-Mexico border 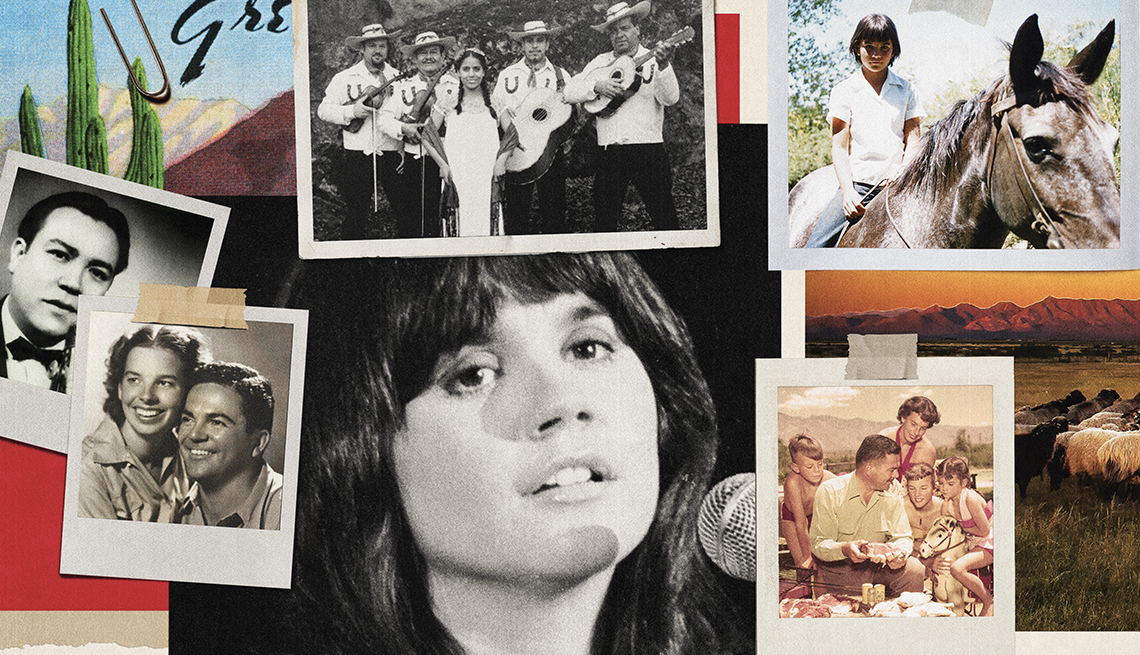 Multiplatform recording artist Linda Ronstadt is the author of﻿ a new book, Feels Like Home: A Song for the Sonoran Borderlands. Cowritten with journalist Lawrence Downes, the book focuses on the emotional and physical landscape of Ronstadt’s childhood in the American Southwest, as well as on her Mexican heritage and the connections between the two countries. Following is a story as well as recipes adapted from the book:

The Río Sonora region is one of the prettiest corners of Mexico, a landscape etched by sunlight and carved by wind and softened by lush evergreens. This stretch of desert happens to be my foothold in the world. I believe in genetic memory, that sense of a place that lives in the bloodstream and passes down the generations. Wherever I’ve lived, wherever I travel, my soul is always winging it down the road, south over the border, back to my land and my roots in Sonora. I feel the pull like a summons from my father’s parents and their parents and grandparents, from a chain of ancestors, most of whom I never knew.

I am a daughter of that world, though I grew up in middle-class comfort in 20th-century Tucson, far removed from any need for desert self-­sufficiency. I didn’t have to herd sheep and cattle, or make livestock fences from mesquite or rope from cactus fibers. And yet while I am not one of the 19th-century Mexican Ronstadts, I do have this in common with them: I love Sonora and feel rooted when I’m there. And my sense of connection to my ancestors is strengthened by my own vivid sensory memories of Sonoran things they also knew and loved, particularly those involving music and food. Those two basic human needs were satisfied together, wonderfully, by the pachanga, the all-day family picnic that was one of the greatest pleasures of growing up in that part of the world. 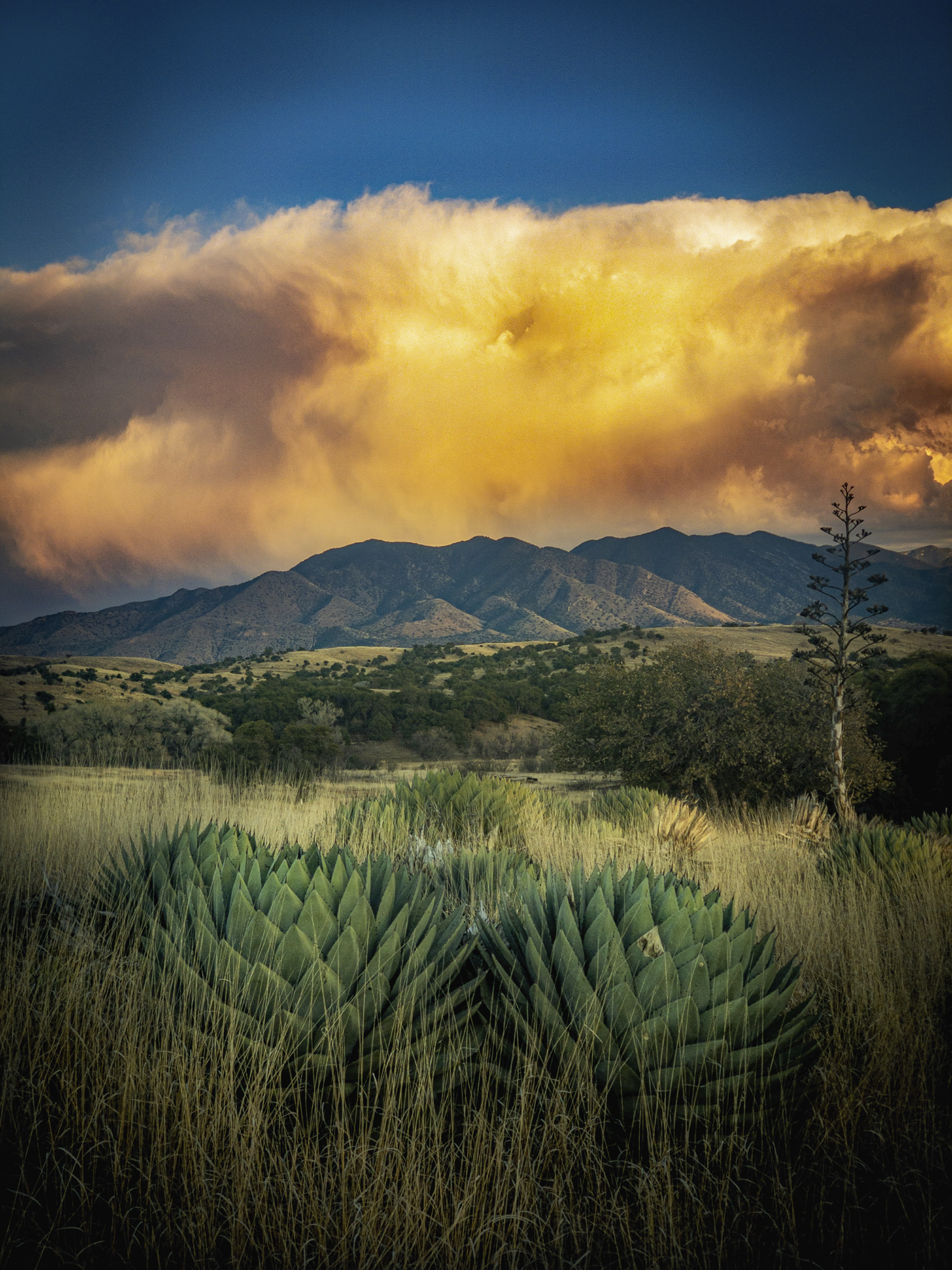 A view of the Huachuca Mountains.
Photographs Courtesy Linda Ronstadt and Bill Steen

It is amazing that a place so roasted by sunlight and heat can summon life in such variety and abundance. The Sonoran Desert is fierce and forbidding, but it is also wildly, amazingly fertile. Self-sufficiency and sustainability can be hard to achieve anywhere, but it is especially challenging in a place where water is so scarce. And yet while rain is infrequent, in certain times of the year it arrives with ferocious power. We learned as kids to be alert for cloudbursts, even distant ones, because of flash floods. Any streambed, arroyo or irrigation ditch could be dry one minute and a deadly wall of rushing water, brush and boulders the next. That’s the desert for you — first it gives you too little, then too much, and it’s ready to kill anyone who isn’t paying attention. 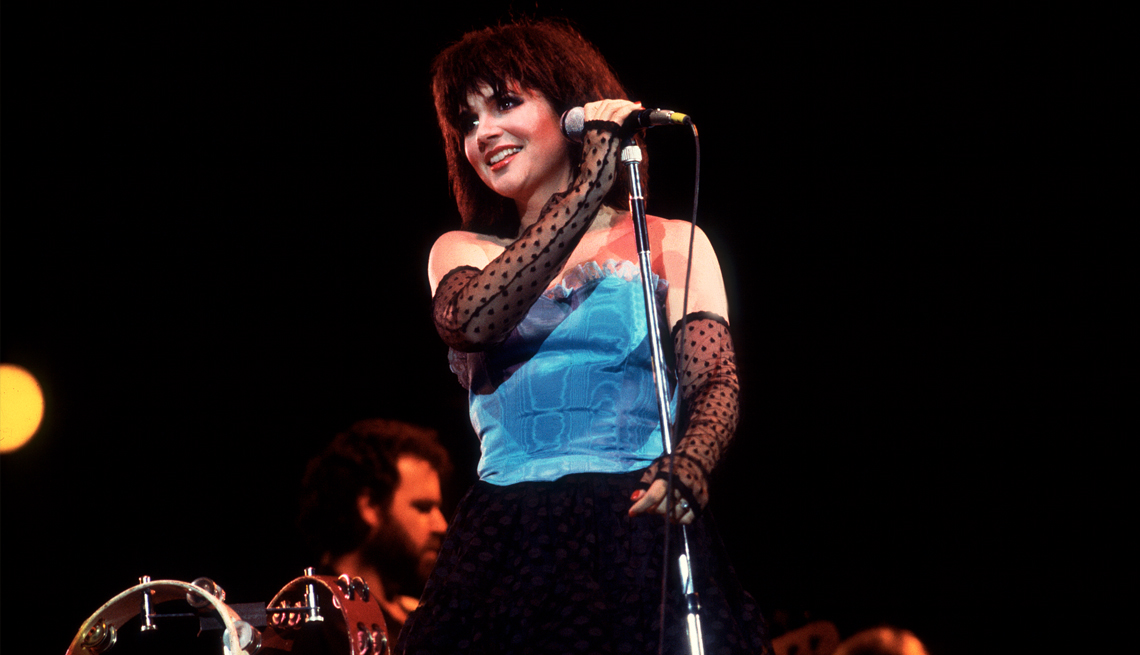 ﻿﻿For her book, Ronstadt made a list of songs that represent the borderlands to her. Click here to listen to a playlist on Spotify. (A CD is available from the Putumayo label.)

I was born in Tucson in 1946 and lived there until I was 18. Our family was my mother, my father and their four children, of whom I and my older brother, Peter, remain. There are also many, many aunts and uncles and cousins and nieces and nephews and more distant relatives in Arizona and in Mexican Sonora. I’ve said that our family tree is more like an anthill, one that extends into two countries. For family and friends and holidays, I still go home to Tucson when I can. A big family gathering or holiday can get Ronstadts pouring out from all over town. No two of us are exactly alike, but when we get together, most of us will be ready to sing and play music and cook and eat.

But whenever I’m back in my hometown, after a few days, I get hungry for more. Hungry for wider skies and dustier sunlight, for paloverde blossoming in the arroyos and the giant columns of cactuses, saguaro and organ pipe ennobling the hillsides. Hungry for the five-hour drive southeast to the village where my father’s father was born. I’ll call some friends, and maybe some of my cousins or nephews and nieces, and we’ll all get rolling. We’ll head east and down, crossing the border at Naco, taking the highway to Cananea, then following the river all the way down to Banámichi. 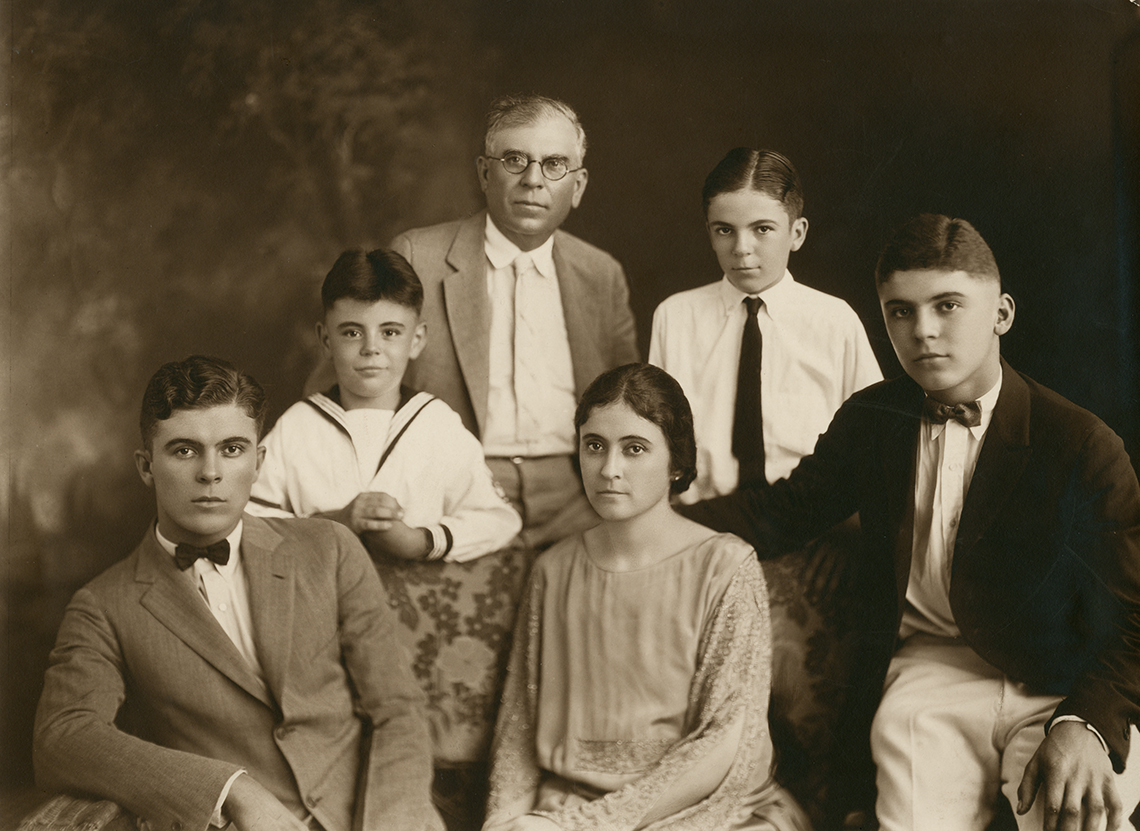 We will check in to our hotel, and at some point, when things get quiet, I’ll step out the door and walk across the empty street to relax on a bench in Plaza Miguel Hidalgo and think about my ancestors. Sitting here, it’s hot as hell. The desert sun in late afternoon hits you hard in the chest and face. The glare whitens everything. But it’s a lovely little plaza any time of day. The skinny cypresses and sycamores give it a formal look, like an Italian cemetery, though they don’t give decent shade.

If I sit on the bench long enough, though, I can watch the church bell tower, painted blindingly white, redden in the glow of dusk and turn to gold. The sun will set behind it, beyond the river, the crickets will start buzzing, and the moon will come out, then the stars. 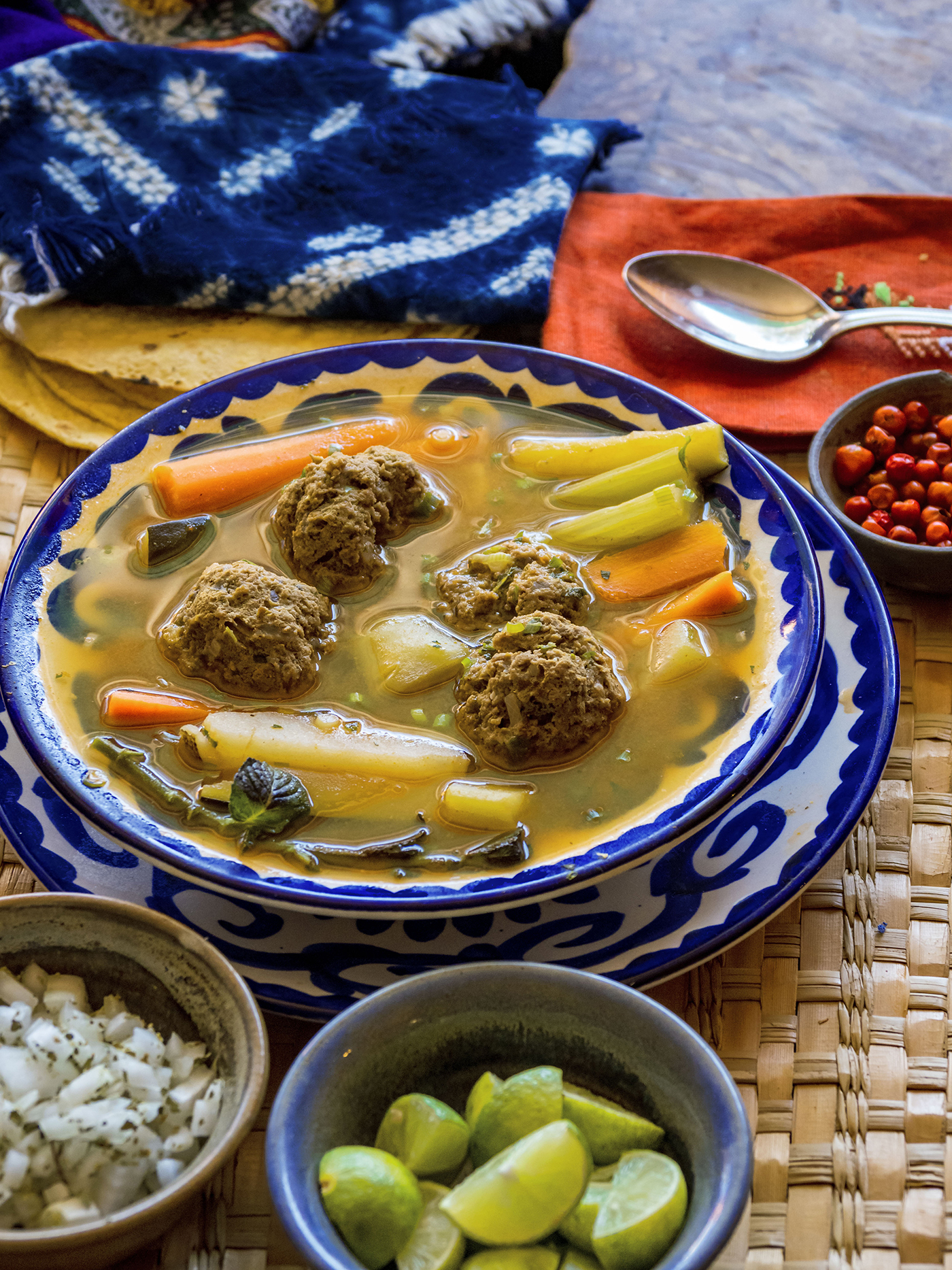 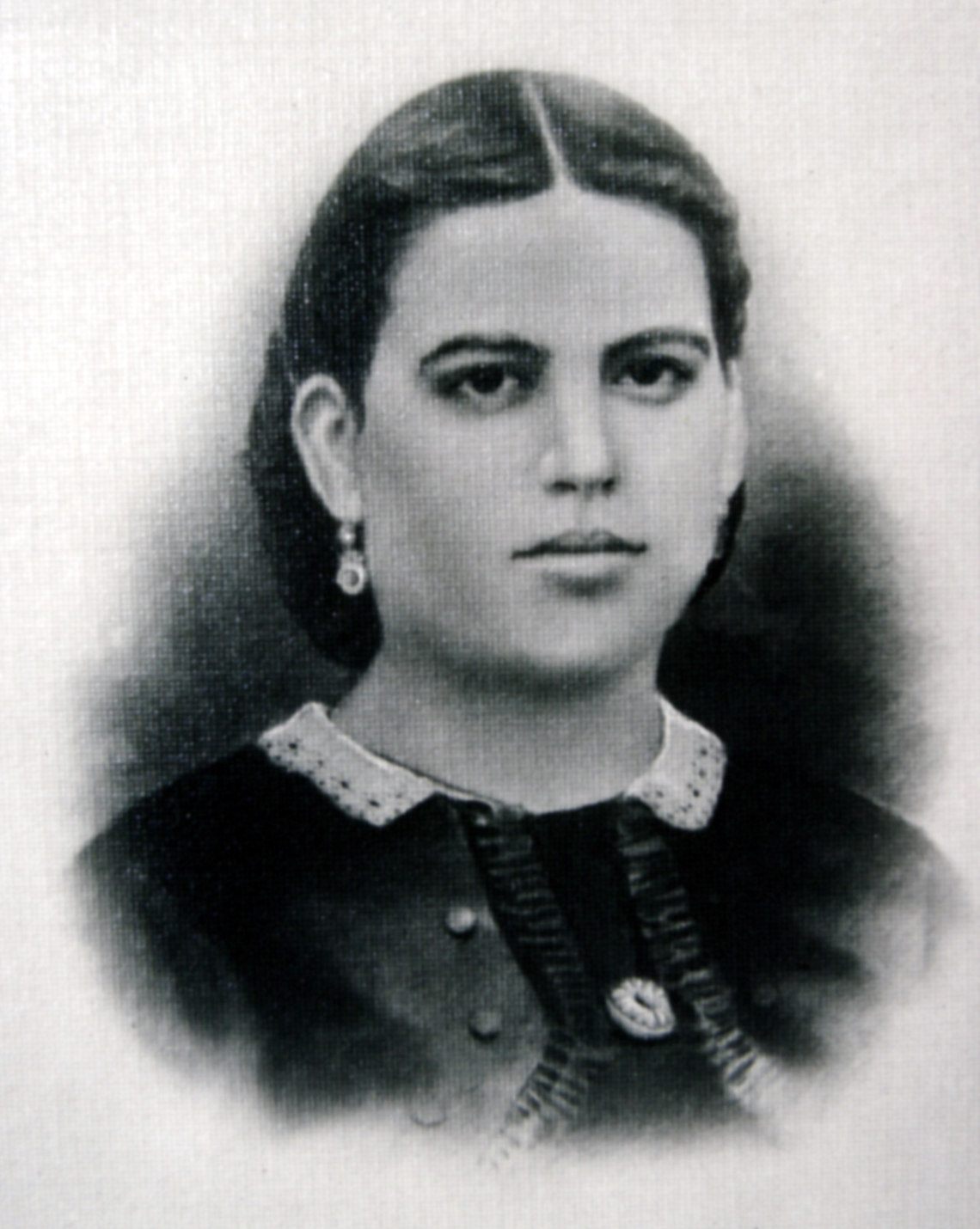 My great-grandmother Margarita taught my father to cook, but his mom was a great cook too. She made this dish most days for my grandfather when he came home from the hardware store for a hot lunch. I loved having it for dinner at my grandparents’ house. My grandmother set an elegant table, and these delicate albóndigas, made fragrant with mint and cilantro, were often the soup course.

Makes about 65 meatballs, or 8 servings

This soup embodies what I love about Sonoran cooking: It’s deliciously simple. You can find the queso fresco, a light farmer cheese, at your local Latino market. 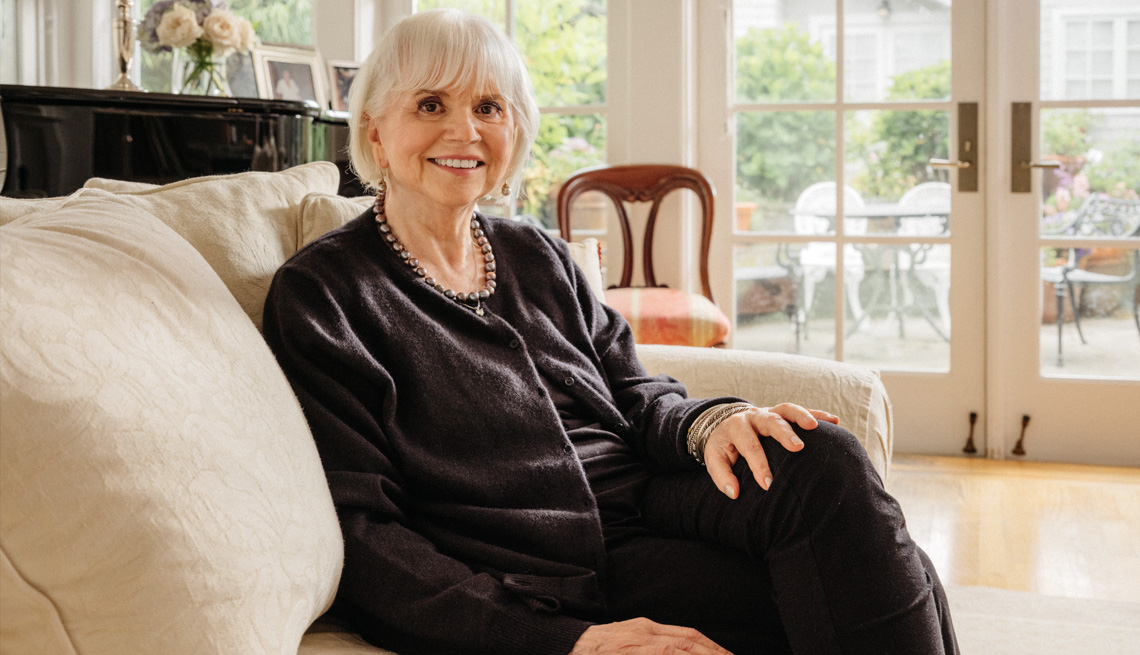 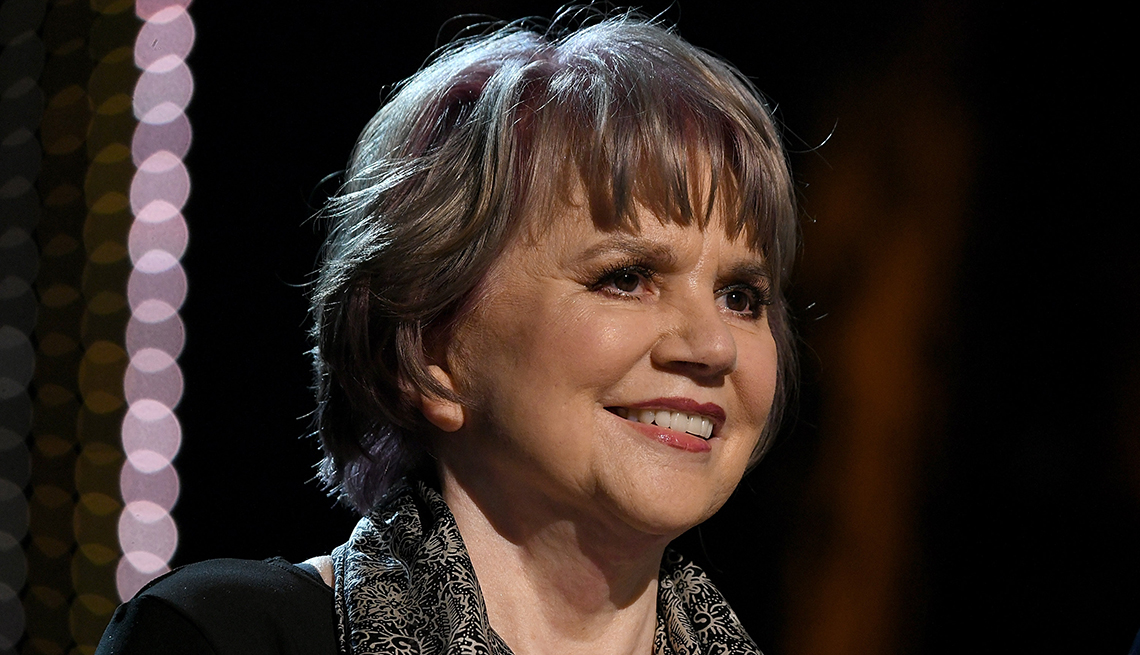 Linda Ronstadt on the Influence of Her Mexican Musical Roots 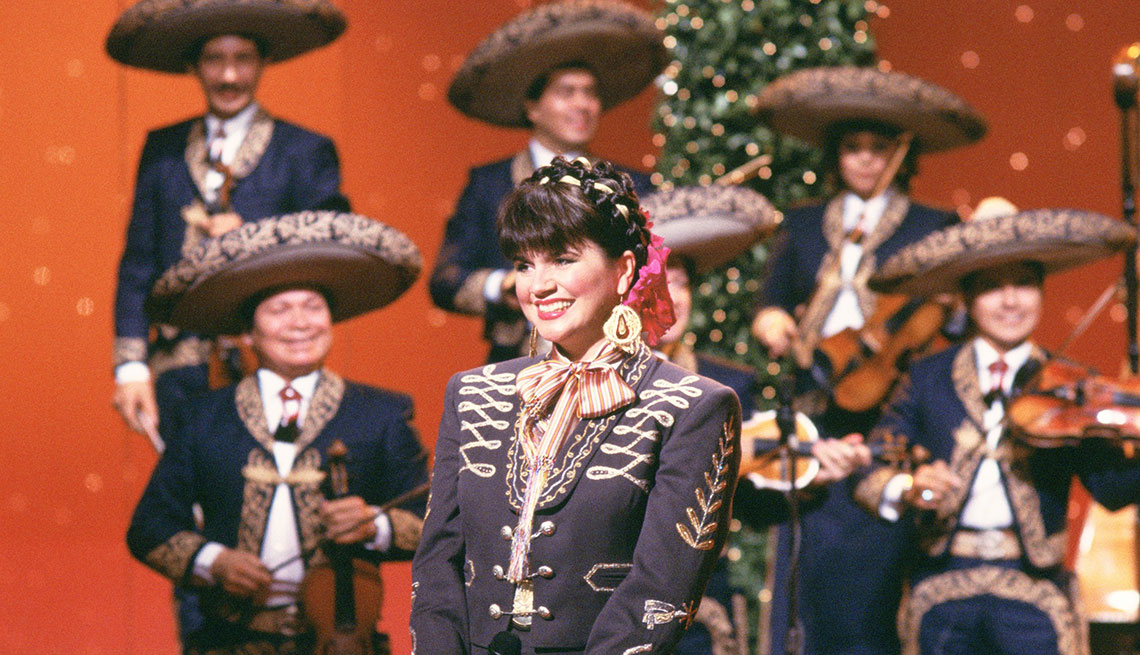 Linda Ronstadt: Spanish is the Language You Sing in

The multiplatinum recording artist on her pivot to Spanish language records