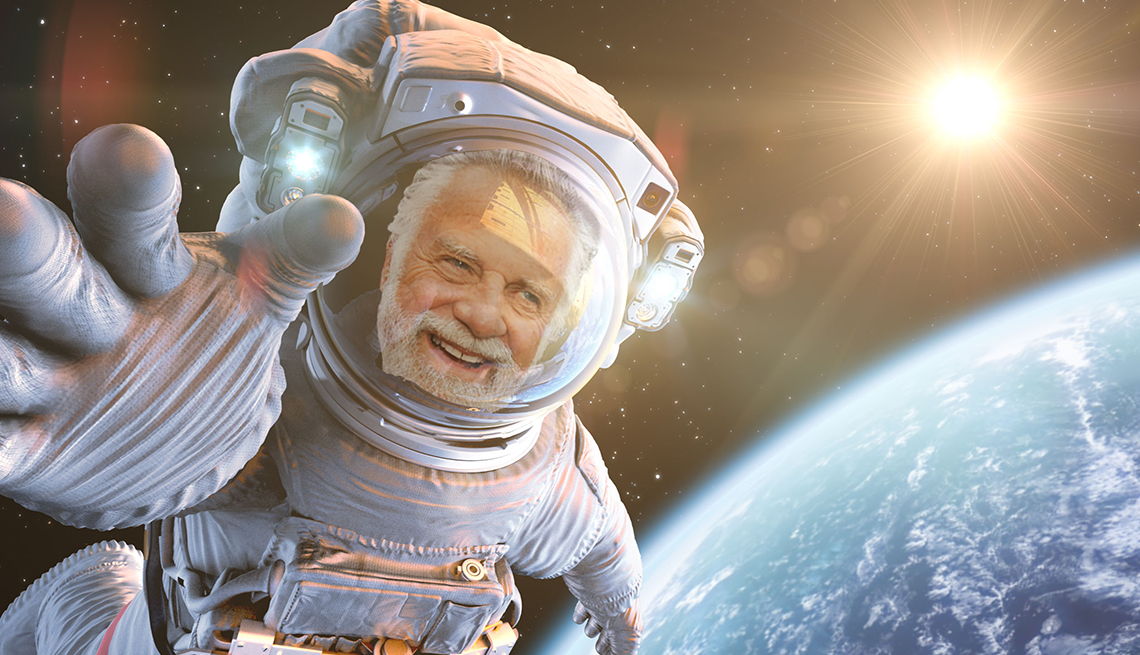 Actor Jonathan Goldsmith, who played The Most Interesting Man in the World, details a life of otherworldy adventures in his new memoir.

For eight years, from 2007 to 2015, actor Jonathan Goldsmith was The Most Interesting Man in the World, the globetrotting, swashbuckling Bunyanesque pitchman for Dos Equis beer. The iconic series of ads chronicled the character’s comically outlandish feats of derring-do and magnetic personality — “If he were to punch you in the face, you would have to fight off the urge to thank him,” said one; “Once, while sailing around the world, he discovered a short cut,” revealed another.

The 78-year-old Goldsmith retired from the role two years ago (another actor now carries the Most Interesting Man mantel). He’s kept himself busy since then by writing a memoir, Stay Interesting, which is published this week and reveals that his famous character might not have been all that much of a stretch. OK, so maybe the native New Yorker, whose acting dreams led him to Los Angeles in the 1960s, never “ran a marathon, simply because it was on his way,” as did his fictional doppelganger in one ad, but the book reveals that Goldsmith’s road to late-life acting fame was indeed full of intrigue. Here are eight interesting things you didn’t know about the Most Interesting Man in the World.

1.    As a kid in New York City during the Depression, he helped his dad make bathtub gin with a Polish professional wrestler named The Great Zbyszko. His dad supported his family in part by selling the gin, “rolling out the vapors in a towel, which was the secret to the high-quality product.”

2.    His acting career started after his psychiatrist recommended that he go to an audition. The psychiatrist was Fredric Wertham, who became famous for his book The Seduction of the Innocent, which held that violent comic books were corrupting the minds of American kids in the 1950s.

3.    He once told Dustin Hoffman that he’d never make it as an actor. “I’m going to make it and you’re not,” were his exact words to the eventual Oscar winner when they had bit parts together in a Broadway play called A Cook for Mr. General.

4.    He played tennis with Shelley Winters, and then went to Hollywood. Goldsmith had a small role in a Phoenix production of Natural Affection, starring Winters. On off days, he played tennis with the Academy Award-winning actress, because no one else would. They became friends, and she referred him to her agent in Los Angeles.

5.    He saved a man’s life while climbing Mt. Whitney. After summitting the highest peak in the contiguous United States, he helped a delirious stranger who was unprepared for the cold, snowy conditions on the overnight descent.

6.    John Wayne shot him in the head — seven times. It happened while filming 1976’s The Shootist, which was the legendary actor’s final film role. The gun fired blanks, but a stagehand simultaneously fired a blood pellet from an air pistol, which left welts. “If it makes you feel any better,” the film’s director told him, “most of the people the Duke shoots become stars.”

7.    He got his most famous role by arm-wrestling Fidel Castro. Not really, but the instructions for the Dos Equis ad audition that changed his life were free-form, requiring only that the actor finish with the line “and that’s how I arm-wrestled Fidel Castro.” Goldsmith, who was living in his truck in a trailer park when he was cast in the role, ad-libbed an outrageous backstory, which won him the part.

8.    President Obama is a fan (and vice versa). The Most Interesting Man in the World ads were a particular favorite of Barack Obama’s, and Goldsmith once made a surprise appearance, in character, at the President’s birthday party at Camp David.

Goldsmith's memoir, Stay Interesting: I Don't Always Tell Stories about my Life, But When I Do They're True and Amazing, was published this week.