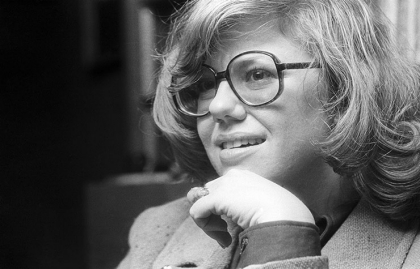 Author Erica Jong in 1973, the year "Fear of Flying" made its debut. The book has never gone out of print.

In 1973, Erica Jong unleashed a literary earthquake with Fear of Flying, a groundbreaking novel that was both reviled and celebrated for its sexy scenes and feminist views.

This October marks the 40th year that Flying has been aloft — the book never went out of print — and Jong, now 71, is just as outspoken as ever about politics, women's rights and sex in the 21st century.

"I'm hoping that the women who read it 30 or 40 years ago will pick it up again and pass it on to younger generations," Jong says. "My desire is that they'll share it with their daughters and granddaughters."

It's clear that the author views her creation differently than many of its first readers did.

"I published this novel that puritans perceived to be sexy, but I didn't see it that way," says Jong. "I thought it was the story of a woman trying to figure out her life. I still think that's what it is."

The semi-autobiographical novel tells the story of Isadora Wing, a young woman struggling to liberate herself from society's narrow definition of gender roles. Isadora wants to feel free to satisfy her sexual desires, meet her creative needs and throw off societal pressures to find fulfillment through motherhood.

"From the moment the book was published," Jong recalls, "it evoked enormous controversy. Half the people hated it; the other half loved it. When people are arguing about a book, I think that means you've unlocked feelings." To this day, says Jong, people tell her, "You've written the story of my life!"

"Fear of Flying opened the door for an entire generation of women writers," says Weiner, the author of Certain Girls and Good in Bed.

Next page: Erica Jong on grandparenting, her upcoming novel Fear of Dying and more. » The anniversary reissue of "Fear of Flying" features the book's original cover image.

Weiner first read the novel in 1982, when she was 12, and still finds its message relevant. "Isadora's adventures showed the world that a woman could write a frank, funny book about families, about art, about love — and, yes, about sex — and earn not only critical praise from literature's heavy hitters, but also find a place in the hearts of women."

The book's frankness shocked and inspired Weiner and other writers. Looking back, Jong says it surprised her as well.

"I'm amazed how gutsy I was," Jong says. "How did I dare? That's my main reaction [today]. At readings, I often read the passage where Isadora's in Paris; she looks in the mirror and says to herself, 'Why is being alone so terrible? Because if no man loves me, I have no identity.' I think that's the absolute center of the book."

Though Jong considers herself "a poet who fell into the habit of writing novels," she wrote seven more of the latter after Fear of Flying. Two of them — How to Save Your Own Life (1977) and Parachutes & Kisses (1984) — featured Isadora Wing. Jong has also published seven books of poetry and seven works of nonfiction.

Women over 50 who read Fear of Flying again should prepare for a time warp: "They'll recapture feelings they had when they were young," Jong predicts. "Often when I do a reading, someone will come up afterward and say, 'I remember where I was when I read that book.' "

At 71, Jong is a "rapturous grandma" to her four grandchildren and remains true to her feminist beliefs. "I want to mentor all of these kids," she says. "I want to teach the girls and the boys that women can do anything." Another joy in Jong's life is Kenneth Burrows, her husband of 24 years. "It's the longest marriage I've ever had," says a delighted Jong, "and the best. My husband is my best friend. He gets who I am." 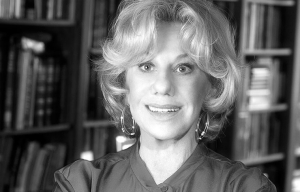 Erica Jong, now 71, describes herself as a "rapturous grandma" to her four grandchildren.

What might Isadora Wing be like if she were alive today? "She would be a passionate grandmother," says Jong. "She would be in her fourth marriage, like me, and have a wonderful relationship with her daughter and stepdaughter. She would be lecturing, writing, teaching, speaking; she would not have given up."

Don't look for Isadora in the novel Jong's at work on now, however. "I tried writing Isadora Wing as an older woman," she says, "but discovered I had outgrown her."

Jong won't reveal much about the novel other than its title — Fear of Dying — and main character, a woman in her 60s named Vanessa: "She's encountering death all around her, yet responding to mortality with humor, irony and rampant sexuality.

"Is there any other subject for literature than sex and death?" Jong muses. "I think not. Some sage — possibly me — once said, "Death is inevitable; growing up is optional."

Carol Memmott is a celebrity profiler and book reviewer whose work has appeared in USA Today, People and The Chicago Tribune.