En español | Maybe I was never interested in the lives of Hollywood stars, or maybe it's been a secret until very recently, but I didn't know Rita Moreno would have died for Marlon Brando. Until I read about it in her blunt and honest, recently released autobiography, Rita Moreno: A Memoir, I didn't know. 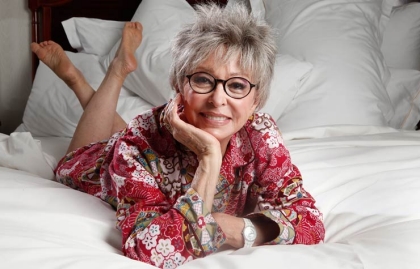 Rita Moreno's memoir chronicles her journey from a young girl in Puerto Rico to a Hollywood star.

Not only would she die for him, in the most romantic sense of the word, but she almost did die. Literally.

One night in 1960, feeling spiteful and heartbroken after an abortion she didn't want, but that Brando insisted on, Moreno took a handful of pills she found in his bathroom. One of the actor's assistants found her unconscious and saved her life.

Moreno says Brando, with whom she was involved on and off for eight years, was her first true love, one of only two men who managed to steal her heart.

Moreno's second true love wasn't Elvis Presley (whom she briefly dated to make Brando jealous) but Leonard "Lenny" Gordon, an affable doctor who was her manager and in 1965 became her husband. Although Moreno describes their actual happiness together as lasting barely a decade, the couple stayed married for 46 years, until Gordon passed away in 2010, at age 90. Their only child, daughter Fernanda, has two children whom Moreno considers the greatest gifts of her life. 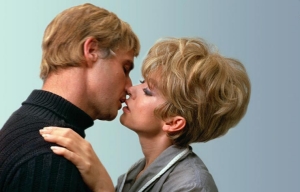 Rita Moreno and her first "true love," Marlon Brando, reunited in 1968's "The Night of the Following Day."

The book is fascinating, easy-to-read and entertaining.

Moreno displays a sense of humor and deep knowledge of the history and times during which her stellar career blossomed; she is one of the few entertainers ever to have been honored with four of the most important awards in the entertainment world — Grammy, Oscar, Emmy and Tony.

Rita Moreno, whose real name is Rosita Dolores Alverio, was born in 1931 in Juncos, a municipality of Puerto Rico.

When she was 5, her mother, who was then barely 22 years old, plucked her out of her idyllic childhood world — a world where she raised baby chicks, played in the dirt and ran barefoot through the fields — and moved her to New York, specifically the Bronx. Moreno likened her uprooting to being in the movie The Wizard of Oz, which starts in black and white and suddenly changes to brilliant color.

But for her, the experience was the other way around.

The colors, tropical warmth and family were all left behind in Puerto Rico, including her little brother, Francisco, who was inexplicably abandoned by their mother.

That most saddened Moreno, who never saw her brother again.

In the Bronx, Moreno learned to defend herself from street gangs and to speak English like a native. At 6, she began to take lessons from a famous Spanish dancer, Rita Hayworth's uncle, Paco Cansino. At 9 she debuted with Cansino at a club in New York. Once she experienced the applause and stage lights, she knew she had found her destiny. At 13 she was acting on Broadway, and at 16 she moved with her mother and brother (a child from her mother's remarriage) to Hollywood to work in the movie industry studio system. MGM chief Louis B. Mayer dubbed her a "Spanish Elizabeth Taylor."

It is the recounting of her time in Hollywood where the book touches on the most fascinating, but also most tragic, parts of Moreno's life: her humiliation at making a living acting only in "ethnic" roles, because Hollywood only saw her as such; the body makeup she wore to lighten her olive skin; and the repeated episodes of sexual harassment, including being raped by an agent when she was barely in her teens.

One of the biggest milestones in her career, the best supporting actress Oscar she won in 1962 for her role as Anita in West Side Story, didn't do much to lessen her insecurity. While pregnant, she worried that her daughter would inherit her family's African genes and have dark skin. However, today Moreno can tell her story without any hesitation, and tell it well. At 81, she has nothing left to prove.