The association of aging with decline is a pervasive story line in American culture. But it distorts the truth of people's experiences, according to Margaret Morganroth Gullette, a resident scholar in the Women's Studies Research Center at Brandeis University.

Her new book, Agewise: Fighting the New Ageism in America, is a wide-ranging manifesto that calls for a reexamination of damaging misconceptions about such issues as menopause, memory loss, late-life sexuality and end-of-life care. 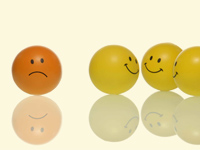 In books such as Aged by Culture and Declining to Decline: Cultural Combat and the Politics of the Midlife, Gullette, 69, has been a fierce critic of the negative messages society sends both men and women as they get older. But, she says, "I had never looked at the sources of ageism, or considered whether the situation was getting worse, or why it had gotten worse."

Mixing the personal with the political, and anger with compassion, Gullette tallies up the costs of America's misconceptions about aging. Among them: the disproportionate, and underreported, devastation wreaked by Hurricane Katrina on older New Orleans residents; the many botched cosmetic surgeries; the belatedly discovered dangers of hormone therapies; and a terror of dementia that blinds us to the remaining capacities of those closest to us.

(Read an excerpt from Agewise.)

The AARP Bulletin questioned Gullette about her message.

Q. What factors are contributing to an increase in ageism?

A. Midlife job loss is crucial. The baby boomers, the biggest and best-educated generation in American history, are flattered for their supposed might, but in fact were unlucky in their timing. With each passing year, they increasingly ran into job scarcity, downsizing, outsourcing, involuntary early retirement and unemployment. Men typically suffer age discrimination in their mid-50s, women almost 10 years younger. The great American dream, where you could look forward to getting respect and saving money as you achieved experience, has been disappearing.

Q. What about people who are no longer working?

A. The ageism directed at them comes from the "duty to die" rhetoric and the terror of forgetfulness. The "duty to die" crowd is trying to convince you that the only way to save money on health care is to resign yourself to refusing treatment in some hypothetical future. Well, I don't want a lot of tubes either, but I might decide I want treatment so I can see my granddaughter get married.

Q. How did you first become aware of — and interested in — ageism in our society?

A. I was shocked to discover, as I was turning 40, that we were supposed to be worrying about our hair, our skin, our teeth, our jobs, our future. Beauty, sexiness, health, smarts — all our great qualities were being air-freighted over to the young. It soon stopped being personal and became political.

Q. How does a negative view of aging hurt younger people?

A. Ageism is more than a "negative view" of old age or middle age. It provides a set of terrifying anticipations. Unfortunately, some of these reflect realities. Younger people learn quite early on that there may be no good future after youth. And younger people are beginning to dread aging into old age: Some say they will commit suicide to avoid it. The image of the Eskimo on the ice floe — the old person abandoned by her society — is becoming better known. "The Eskimo" is feared as a parable of America's wicked hostility to elderly people. As a result, aging is the new fate worse than death.

Q. How do you think the large numbers of boomers will affect the idea of aging as decline?

A. There is a lot of rhetoric about how such a large — and allegedly powerful — group will change later life, and many images of well-to-do healthy people out on the golf course or actors smiling at each other through perfect teeth in film romances. But the full reality is far different. If the boomers had power, they would not permit midlife job discrimination. Home foreclosures, the high death rate of the uninsured between 55 and 64, the disappearance of pensions, the rise in the age of full Social Security benefits — these realities undermine the positive images of boomer happiness. The disconnect is astonishing.

Q. You argue against hormone replacement therapy. Do you see any legitimate role for it?

A. I follow what enlightened doctors say about hormone treatment: the least amount for the least time, if there is no other option. I have never called it replacement therapy. That term depends on a tired old paradigm from the early 20th century, when hormones were thought to reign over bodily functions. Women were seen as being deficient when they became post-menstrual. Now that we know estrogen is a carcinogen, we can see that the pharmaceutical companies were reckless about our health. "The greatest experiment ever performed on women" — that's what Barbara Seaman called that therapy.

Q. What about cosmetic plastic surgery, which you also denounce?

A. I had to have a facial cosmetic surgery after removal of a skin cancer. The surgeon was skilled, but the result — still red, bumpy and lopsided — made me realize how reckless women are who go under the knife in the mistaken hope of looking younger. The fact is, surgical numbers are dropping. It's not chic to look fixed. Looking natural is the pleasant new fashion in feminist aging past midlife.

Q. You note that sexuality, rather than declining, may actually improve over the life span, especially for women. That may be true in partnered relationships. But isn't the contraction of romantic and sexual options for older women — along with the attendant loneliness — a significant issue?

A. Absolutely. Men often lose potency or interest or patience with age, so even being partnered is no guarantee. For hetero women to have better sex in later life, men have to live longer and be healthier. Any anti-ageist women's movement should recognize that good health and longevity start in utero. They require good jobs at rising wages, ending the gendered wage gap, expanding seniority systems, national health care, raising men who oppose violence, preventing wars. Loneliness is a cultural issue, not necessarily a biological one. The cult of youth has meant that men look for younger women and ignore perfectly nice sexy women their own age. Boys need to be raised to be nonsexist and anti-ageist.

Next: Dementia and cognitive impairment.  >>

Q. You write movingly about your relationship with your mother, as well as her cognitive problems. How has your personal experience influenced your view of dementia and cognitive impairment?

A. My mother was an adorable person. When she moved near us at the age of 91, the director of her retirement community used to seat her next to 70-year-olds considering moving in, she was so eloquent and enthusiastic. As she lost memories, I felt I needed to protect her from the condescension and ignorance of her aides about her life. So I wrote a short biography of her that I gave every aide: It told about her 25 years of teaching, her 20 years in retirement running a nonprofit business to raise money for the Brandeis library, her Scrabble prowess, her interests in unionization and feminism, her marriages and the affair she had in her late 70s. The aides could go in prepared for good conversation. People want to be thought interesting as long as they live. It's as natural a human need as wanting to stay healthy.

Q. You condemn our growing obsession with Alzheimer's disease. But isn't identifying a disease a useful step toward treatment?

A. "Treatment" is a weasel word. So far there is no proven treatment for Alzheimer's. Today's pills, which my mother took at enormous expense, may turn out to be placebos. So what we need to treat in the meantime, which may be very long, are the feelings of terror that have arisen around the words "Alzheimer's" and "dementia." In relating to people with cognitive impairment we should be looking for what remains of mental functioning and selfhood, not harping on what is lost. Even when my mother could no longer access all her memories, she had immense warmth. Her aides all said they learned from her.

Q. AARP has arguably played a role in fostering positive images of older Americans. What more could the organization be doing?

A. Positive images are useful up to a point. I think Americans know that over 60, or 80, under certain circumstances, people can make great contributions, enjoy life, have purpose and energy, good health. The next questions are political: What are those circumstances, and how can we expand the percentages that have any access to them? I would like AARP to admit the problems are becoming more dire.

Q. What are the principal messages you'd like readers to take away from Agewise?

A. Be aware, be afraid, be active. Stay human and connected to the vulnerable. Join together to resist ageism in all its forms.