Before Daniel J. Sharfstein's senior year at Harvard, he spent the summer of 1993 in South Africa as a volunteer for a voter education project. There, one of his fellow workers told him she had been categorized as "colored," or mixed-race, because a constable doing the classification appreciated her father's service as a police officer. 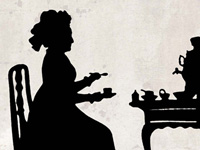 "As a result of that one simple act, she had led a very different life from her colleagues," recalls Sharfstein, now associate professor of law at Vanderbilt University in Nashville, Tenn. "That was a revelation to me, that something that could seem as natural and inevitable as race could bend because of a personal relationship or community ties or even just individual whim."

He returned to the United States wondering whether the same kind of thing had happened here.

Sharfstein's South African experience, followed by a stint as a journalist, Yale Law School and years of archival research and interviews, led to The Invisible Line: Three American Families and the Secret Journey From Black to White. The book interweaves the story of three families with African ancestry — the Gibsons, the Spencers and the Walls — who, over time and in different ways, became identified as white. The color line in America, Sharfstein learned, has been surprisingly permeable. The AARP Bulletin talked to Sharfstein by phone.

(Read an excerpt from The Invisible Line.)

Q. Throughout American history, how important was physical appearance in defining whiteness?

A. To a certain degree it was important. We have to remember that, for a long time, the United States was a rural society and almost everybody worked outside. There was a really broad range of complexions that could be considered white.

Q. So appearances weren't everything?

A. Jordan Spencer, for example, looked different, and his community was capable of making a decision that there was such a thing as a dark white man. Regardless of how they looked, people were capable of assimilating into white communities, places where everyone knew who they and their parents and grandparents and great-grandparents were. So race was certainly not just a question of appearance. It was how people acted, the rights that they exercised, the people they associated with — even the people that they hated.

Q. What was the legal standard for defining whiteness in the 19th century?

A. There really was no standard. Virginia for more than a century had a one-quarter rule. If you had one African American grandparent, that made someone legally black. Other states, like North Carolina, had a one-eighth rule, while South Carolina didn't have any specific fraction. One South Carolina court held in the 1830s that "a man of worth, honesty, industry and respectability should have the rank of a white man, while a vagabond of the same degree of blood should be confined to the inferior caste."

Q. You could change race by moving to another state?

A. There were court cases where people who could not marry in North Carolina would move to South Carolina to get married. That started to tighten at the end of the 19th century, when a lot of states started to adopt "one drop" rules [which defined anyone with any African ancestry as black].

Q. Weren't many of the people you discuss in the book legally white?

A. Sure. At the same time, I think it matters less how a court rules on somebody than how a community regarded somebody.

Q. How did you select the three families you highlighted?

A. Finding these three families was actually a long process. I initially researched hundreds of families. From 1880 to 1930, every couple of months, a newspaper would publish some story that involved people who were bending the color line in one way or another. I was surprised at the wealth of detail I could find. I wanted stories that revealed the diversity of experience of families who changed their racial identities from black to white.

Q. What are some of the key distinctions among these families?

A. Each family became white at a different point in American history. The Gibsons assimilated into a community of South Carolina farmers right before the Revolution. It was a time when racial categories were a little less set in stone. People needed to rely on each other in ways that could transcend race. The Spencers became white right before the Civil War. It was a much more polarized time racially. And the Walls become white at the dawn of Jim Crow, around 1900, and again this was a time when people were thinking about race in very hard-line terms, and politics and law were following suit.

Q. There were class differences among them as well.

A. They moved across the color line from different social positions. The Gibsons were wealthy landowners. What mattered wasn't that they were black or white, but that they were planters, that they owned land and owned slaves. The Spencers were poor subsistence farmers in Appalachia. They remained poor and really hovered on the line between white and black for most of the 19th century. The Walls were educated professionals. Many had gone to Oberlin College. O.S.B. Wall was a member of Howard University's second graduating class of lawyers. And the Walls traded in a legacy of African American achievement for anonymous lives as whites clinging to the edge of the middle class.

Q. The Gibsons and Walls both seem to have played fairly important roles in American history.

A. Absolutely. As I was writing about Reconstruction and the transition from slavery to Jim Crow, I found it really fascinating to be able to follow someone working incredibly hard to forge a new world for African Americans — O.S.B. Wall — and at the same time follow someone working just as hard to undo those gains — Randall Gibson. The idea that two people on such opposite sides of these issues could both share the same history really says something about who we are and how race has functioned in the United States.

Q. There's plenty of irony, too — Randall Gibson was a military leader for the Confederacy, his father Tobias railed against race mixing, the Walls actually took a social step down in becoming white.

A. To me, it treads the line between irony and tragedy.

Q. Each family had at least one moment when its claim to whiteness was challenged. Is that how you found them?

A. For the Wall family and Spencer family, my search began with court cases where the issue was whether they were white or black. For the Gibsons, it began with the Colonial history, which historians have been talking about for 50 years. Comparatively late in my research, I learned about the public accusation that they had African ancestry — and their remarkable response to it. Publicly, they said it was the most preposterous thing they had ever heard. In private, they wrote a couple of local historians who had known their grandparents and said, "We know nothing of our family roots. What are they?" The historians said they might have been Portuguese. [In fact, their ancestor] Gideon Gibson was from a family that was among the first free people of color in Colonial Virginia. They were classified as mulatto and lived in a community with free people of color.

Q. In slavery's absence, you write, "preserving white privilege seemed to require new, less flexible rules about race and constant aggressive action to enforce them." Why?

A. What really mattered in the South, in the antebellum period, was not who was black and who was white, but who was slave and who was free. The prospect of freedom for African Americans was a motivating force getting people to think about what racial categories themselves meant. In the last days of slavery, because slavery as an institution was under such attack, white Southerners were countering with race-based justifications, and that survived the demise of slavery. After the Civil War, as black freedom was taking root, right alongside it were modern forms of racism that persist to this day.

Q. You suggest that rigid rules about race only increased the number of people transitioning from black to white. Why was that?

A. When rules became more rigid, they were almost always accompanied by rules that subjected African Americans to higher taxes, made it harder for them to own land and increased fear that free African Americans would be returned to slavery. The harder these laws made it to live and to provide for their children, the greater the incentives were to make the move from black to white. Because these lines were being drawn in a way that essentially separated people who looked white from [other] people who looked white, it was impossible to make the line between black and white impregnable.

Q. You also argue that "by discouraging efforts to investigate and uncover individuals' racial backgrounds, the court was making the South safe for segregation."

A. In slander cases like Spencer v. Looney, the court said, "If you accuse someone of being black, it better be right." Lots of white Southerners were vulnerable to these kinds of accusations. And if it were not very difficult to make them, then every time people got mad at each other, there was a possibility that it would wind up being a racial witch hunt. Putting up some obstacles allowed white people to be secure in their racial identity, and, as a result, they could be secure in their support of segregation.

Q. Why were people more tolerant at a community level?

A. Race means something different when you see someone every day. Southern communities and, for that matter, Northern communities, too, had many reasons to think about race in very broad terms. At the same time, they still had neighbors whom they relied on during hard times. And eventually neighbors whose children had married their children. I would suggest that Americans were amply capable of treating racially different people as equals, but they chose not to, and this is one of the great tragedies of American history.

Q. You say most of the descendants you interviewed already knew something of their ancestry. Were there exceptions?

A. There were a few.

Q. How did they react?

A. For people who had just learned about it, and for people 10 years into digesting this information, there was a huge range of reactions, from denial to real fascination and engagement with history. For most of their lives, being white meant never really having to think much about race issues; you could hear about something relating to African Americans or civil rights on the news, and you could tune it out. Now, they say, this history makes them realize that these are their stories, too.