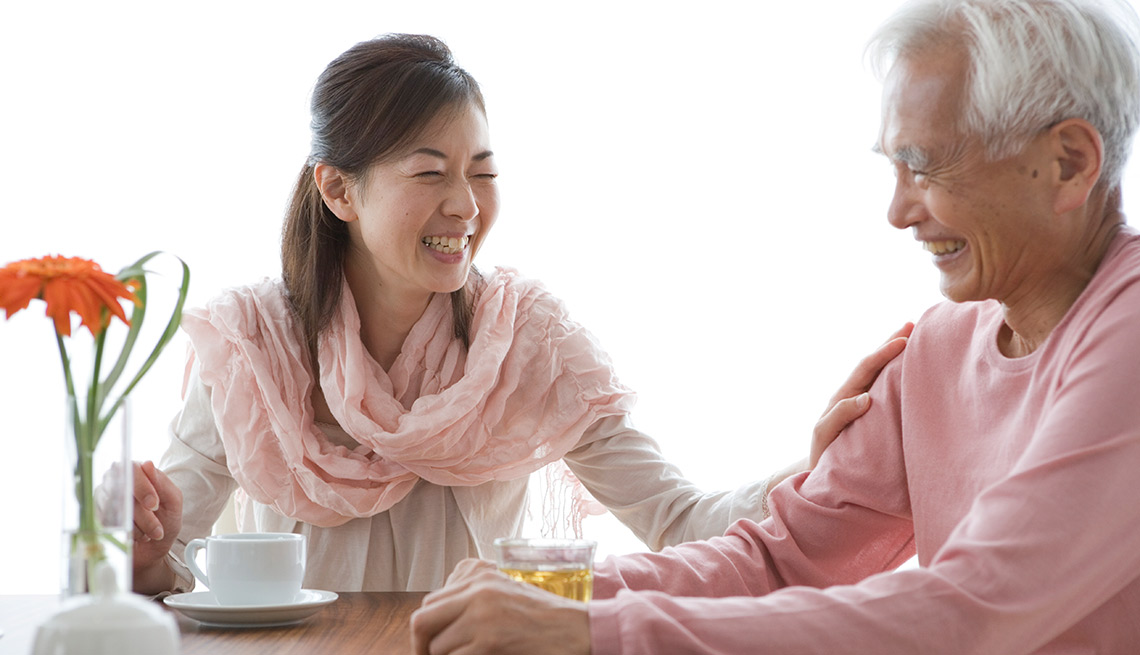 Humor is a wonderful tool for people to use at times of stress.

When my grandmother was nearly 90 and quite forgetful, my mother couldn't tolerate her cognitive decline. She would scold her for any mistake she made. But my mother's sister had a lighter touch, joking with their mother when she'd forget her medication or say something completely off-point.

Now, many years later, my generation is following a similar pattern in our family. When my mother is forgetful, I become frustrated and am quick to chide her. My brother, on the other hand, takes a humorous approach. "Oh, Mom," he might say to her in a funny tone when she says the wrong thing, "you're just kidding me." He lets her know she's made a mistake, but in a kind way.

I wish I had my brother's easy manner with my mother. Around him, she relaxes and smiles. Around me, she is often defensive and tense. I have trouble controlling some of my negative feelings that arise during caregiving. But when I sigh because I'm sad, or act snippy because I'm angry, my mother senses these emotions and winds up feeling bad about herself.

Humor is a wonderful tool for people to use at times of stress. A shared joke unites people in laughter. A silly exchange reassures us that "I'm OK; you're OK. We're in the soup together."

As a caregiver, I realize that I don't need to be an uproariously funny, lampshade-wearing comedian — it's just not my nature. But I can be playful — and am trying to be more so — since I think the ability to be amusing or at least amused can bring out the best in the loved ones we are caring for and make the job more fun for us, the caregivers. Two ways to lighten up while caregiving:

Stay in the absurdity of the moment. It's easy to focus on what's wrong with the person you're caring for. But you can still attend to those problems while considering their comedic possibilities. When I push my mother in a wheelchair through the hospital corridors to get to her medical appointment, I tease her that we are in such a rush that I need to speed up and round the corners on one wheel. There are so many opportunities to be fun and a little irreverent.

Laugh on cue. In a caregiving relationship, laughter should be a two-way street. It's crucial for caregivers to respond positively when their loved one reaches out with humor. When my mother laughs about the gabby ladies who used to ride in the senior center van with her, for instance, I smile along with her, even if I'm not feeling very upbeat myself.

There are many things that can — and usually do — go wrong with the complex logistics of caregiving. Rather than gnashing my teeth, these days I am laughing more with my mom about the bloopers of daily life. I think we both feel better.