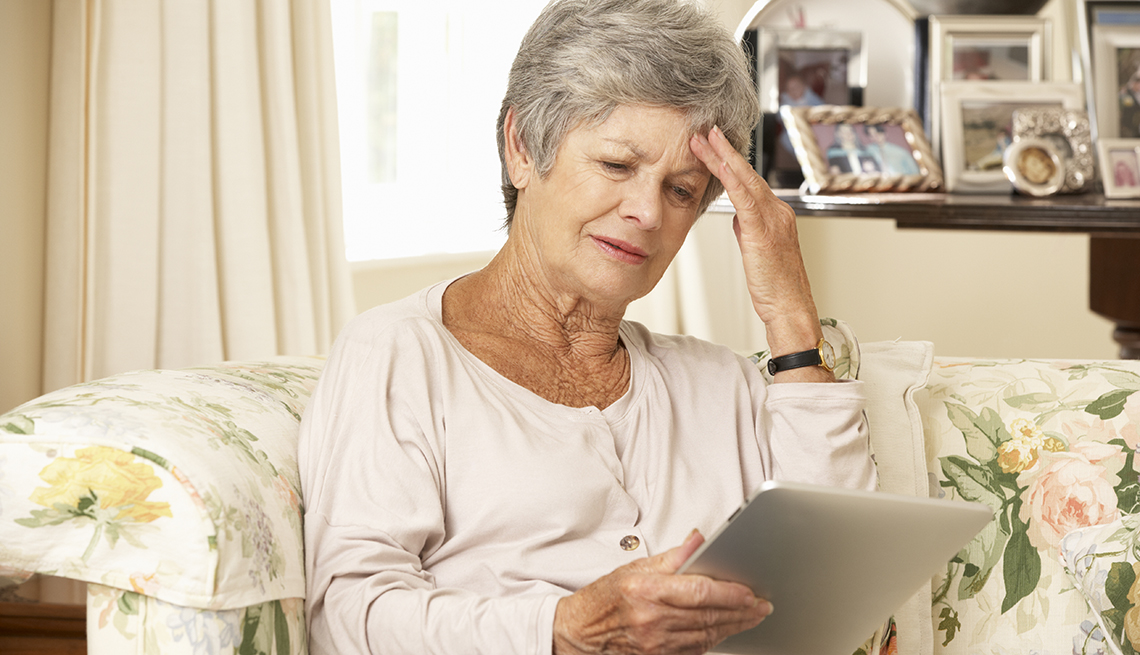 En español | When Kristen Smith learned she could no longer visit her 90-year-old father and his cat, she worried about how they’d fare in his nursing home’s memory care unit near her home in Woodinville, Wash.

Her visits helped keep her father grounded and she kept watch over his cat, which he sometimes forgot to feed, said Smith, 60, in a phone interview.

Coronavirus-inspired social distancing has spurred some families to embrace videoconferencing apps on smartphones and tablets to keep in touch, but Smith was skeptical that her dad would do that. “He doesn’t always understand how to use his phone,” she said. “He doesn’t understand FaceTime.”

Federal restrictions barring visitors to nursing homes — except in cases of compassionate care, such as end-of-life care — because of the coronavirus are frustrating relatives and friends of nursing home residents across the country.

“During this difficult time, it’s critical that residents are able to stay connected with their loved ones,” said Megan O’Reilly, AARP’s vice president of Health and Family. “Virtual visitation plays an important role in both the health and well-being of residents and their families. It also helps to protect against social isolation, which can have very real and serious health impacts.”

Earlier this month, AARP urged the federal Centers for Medicare and Medicaid Services (CMS) to update its guidance to nursing homes to require them to facilitate alternatives for in-person visits, with an emphasis on virtual communications.

AARP also urged the federal agency to assign staff members as specific contacts for families, and provide a telephone hotline that families could call to get information about their relatives.

Catching up to televisit tech

“We used to have two to three of them. Now we have 10 to 15,” Peifer said in an interview. The nonprofit network is setting the tablets up with Zoom, Skype, Google Hangouts and FaceTime, she said.

Nursing homes have emerged as a central front in the war on the coronavirus. Washington State’s Life Care Center of Kirkland was an early epicenter of the U.S. outbreak, as the coronavirus infected two-thirds of its residents and dozens of staff members. The center’s outbreak has been linked to 35 deaths.

As of last week, 147 nursing homes across 27 states had at least one resident with COVID-19, out of more than 15,000 homes nationally, according to CMS.

Amid these health challenges, some advocates for older adults say some nursing homes are scrambling to catch up to tele-visit technology. Certain nursing homes have struggled even to provide telephone access to residents, while others do not have televisions in rooms, they said. Now, tele-visits are the new frontier.

“Even one tablet could do the trick, if someone from the facility could take it from resident to resident while keeping it sanitary,” said Michael Dark, staff attorney with San Francisco-based California Advocates for Nursing Home Reform, in an email.

Relatives can ask, “Did you eat today? How are you feeling? Did anyone check your blood pressure today?” Mollot wrote in an email. But he added that most nursing home residents have some cognitive problems, and many have significant dementia, making tele-visits difficult.

Eric Carlson, an attorney with Justice in Aging, has heard mixed reviews of how effectively nursing homes have embraced the use of mobile devices.

“I hear that in some facilities, they’re making a good faith effort,” he said. “But in others, due to staffing shortages and priorities or the lack of technology, in those facilities making these connections falls by the wayside.”

Even when virtual visits are successful, they can’t always enable the kind of care relatives provide for nursing home residents.

“Families help with eating. They go in and bathe their loved ones,” said Patricia Hunter, the long-term care ombudsman for the state of Washington. “It’s not unusual to see a husband go in and comb a wife’s hair and care for her.”

Hunter oversees a program of advocates for residents of adult care facilities and says her office is raising money to purchase phones, iPads and other tech so long-term care residents can communicate with loved ones and doctors.The American Health Care Association is encouraging people to donate phones, tablets and other devices to aid residents, through a new program called #CareNotCOVID.

LeadingAge, which represents not-for-profit nursing homes, pointed to its members’ activities around the country:

But family members continue to take the lead in connecting with nursing home residents.

Gene Casanova sprang into action when he learned that new COVID-19 rules meant he could no longer visit his wife at her San Jose, California, nursing home.

“Those two phones will put us face-to-face again,” he said.

After a rough first week, Kristen Smith is conferring with her father, Carl, by phone, aided by staff members who help him make the calls.

“Now he’s listening to the president. He’s settling into the new regime,” Smith said, although she still worries about his cat.