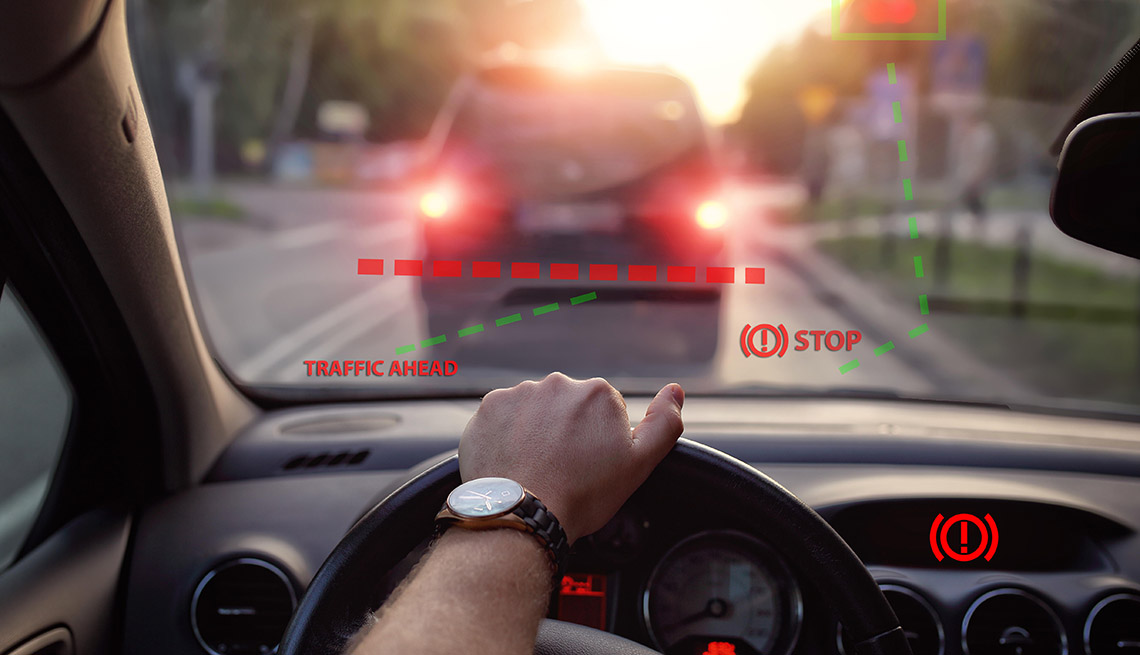 En español | Keeping tabs on the rapid evolution of vehicle technology and innovation can be overwhelming, but the end goal — to save lives and prevent injuries — is simple. And automatic emergency braking, or AEB, is being hailed as one of the most (if not the most) important advance in automotive safety technology.

AEB does exactly what you would expect: It automatically applies a car's brakes when it detects an object in front of the car, in order to avoid or lessen the severity of a crash. And it works: Cars with AEB have 50 percent fewer front-to-rear crashes and an even lower risk of front-to-rear crashes with injuries than cars without the technology, according to the nonprofit Insurance Institute for Highway Safety (IIHS).

“Front-to-rear crashes are the most common, so if we’re able to cut those in half, that’s a huge impact on society,” says David Aylor, manager of active safety testing at IIHS.

In 2018, AEB systems are currently offered as standard equipment on 30 percent of new vehicles, reports AAA (formerly the American Automobile Association), and more than 40 percent offer it as an option. But the feature eventually will be universal: Twenty automakers representing more than 99 percent of the United States auto market have agreed to make automatic emergency braking a standard feature on virtually all new cars by 2022.

The average age for a car is about 12 years, so it will take some time before the technology becomes universal, Aylor says. But making AEB standard on new vehicles is considered an important first step — “a big win in terms of reducing crashes and injuries,” as he puts it.

The technology varies from one manufacturer to the next, but most systems include the use of sensors, radar or cameras to detect a possible collision, then signals to the driver that danger may be imminent. “That’s usually by an audible beeping, or there can be a flashing in the instrument panel,” Aylor says. “Some manufacturers will even tighten the seat belt. All of that is to try and get the driver back engaged.” Twenty automakers representing more than 99 percent of the United States auto market have agreed to make automatic emergency braking a standard feature on virtually all new cars by 2022.

But if a driver doesn’t react to the warning signal, the technology takes control.

Different cars do this in different ways. “Some will do everything in their power to come to a stop and avoid the collision,” says Greg Brannon, director of automotive engineering and industry relations for AAA, which has studied the technology extensively. “Others will scrub just a couple miles an hour off before colliding with a vehicle — even though it’s detected it.”

Some also can detect pedestrians in front of the car; some can't. So it’s important for a driver to understand how his or her own car’s system will react to obstacles.

Adding to potential consumer confusion, meanwhile, automakers have different names for their AEB systems: Buick and Cadillac use the terminology “Forward Collision Alert,” while Audi calls it “pre sense front” or “pre sense city,” for example.

But whichever system you have — as with any car safety technology — AEB is not meant to replace a focused driver.

The Long Road to Self-Driving