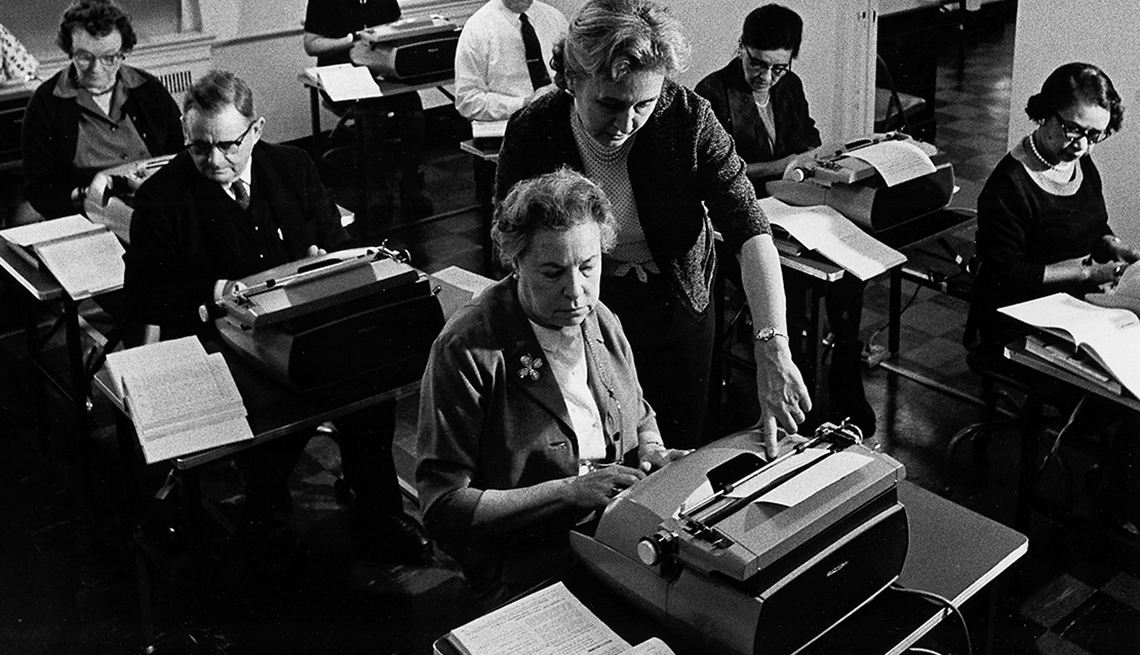 AARP’s Institute of Lifetime Learning led a revolution in attitudes and opportunities for adult education.

En español | The thought that “life is a journey, not a destination,” sparked the founding of AARP’s Institute of Lifetime Learning.

AARP’s founder, Dr. Ethel Percy Andrus, announced the Institute on May 24, 1963, while testifying before the U.S. House of Representatives Committee on Education and Labor in support of the Adult Education Act of 1963. Calling it a “great experiment,” she said the new service would be “an informal school offering courses to our members to meet their intellectual needs and to enhance their skills and talents.”

AARP’s Institute of Lifetime Learning opened its doors on Sept. 1, 1963, in a building adjoining AARP’s headquarters on Dupont Circle in Washington, D.C. It was set up as a demonstration project to document the interest of older persons in education and their desire to keep abreast of changes that affect all society. The idea was to create programs that could be duplicated wherever older people wanted to pursue their interests and develop new skills.

Based on the success of the pilot, the Institute opened a second location in Long Beach, Calif., in 1965, and a third in St. Petersburg, Fla. To extend its reach beyond these classrooms, the Institute launched “Let’s Listen to Lifetime Learning,” which made recordings of actual classes available to radio stations for play across the nation.

"The eagerness to learn — to pioneer in the development of new skills and new abilities, to broaden the personal scopes of understanding, to freshen the mind with new ideas and new concepts, to achieve new heights of knowledge — has no age restrictions.”

In 1968, the Institute expanded its scope to provide consulting services to AARP chapters and Retired Teachers Association (RTA) units that wanted to form their own Institutes of Lifetime Learning. The AARP chapter in San Antonio, Texas, was the first; by 1973 (the Institute’s 10th anniversary) there were 23 such “extension” Institutes.

The next step was an agreement with the U.S. Department of Agriculture for AARP to assume responsibility for chartering Institute of Lifetime Learning programs in parks, schools, recreation facilities and other local organizations nationwide. At its peak, there were some 140 AARP-affiliated Institutes of Lifetime Learning.

By the late 1970s, communities across the nation had begun to promote adult education programs through local school systems and community colleges. Four-year colleges and universities were encouraging older adults to audit courses at reduced fees. Dr. Andrus’s “great experiment” had succeeded. In 1977, AARP’s Institute of Lifetime Learning closed its schools and began turning over to local sponsors total responsibility for its chartered extension Institutes.

Over the next 10 years, the Institute pursued less traditional methods. It launched a mini-course program for use in homes, community centers or anywhere else people wanted to learn. A mini-course article about a particular subject appeared in each issue of Modern Maturity (AARP’s bimonthly magazine at the time). Those who were interested could order study booklets from the Institute, free of charge. Each booklet included a reprint of the article, a bibliography, self-tests and study suggestions. The program also offered an activities kit for discussion leaders. By 1984, AARP members were ordering 60,000 mini-course booklets a year.

In addition to offering the mini-courses, the Institute granted scholarships to individuals who wanted to participate in the Elderhostel program and cooperated with the Smithsonian Institution to bring seminars and workshops to older adults.

Today, workshops, webinars, events and life skills are available through AARP at aarp.org/academy.