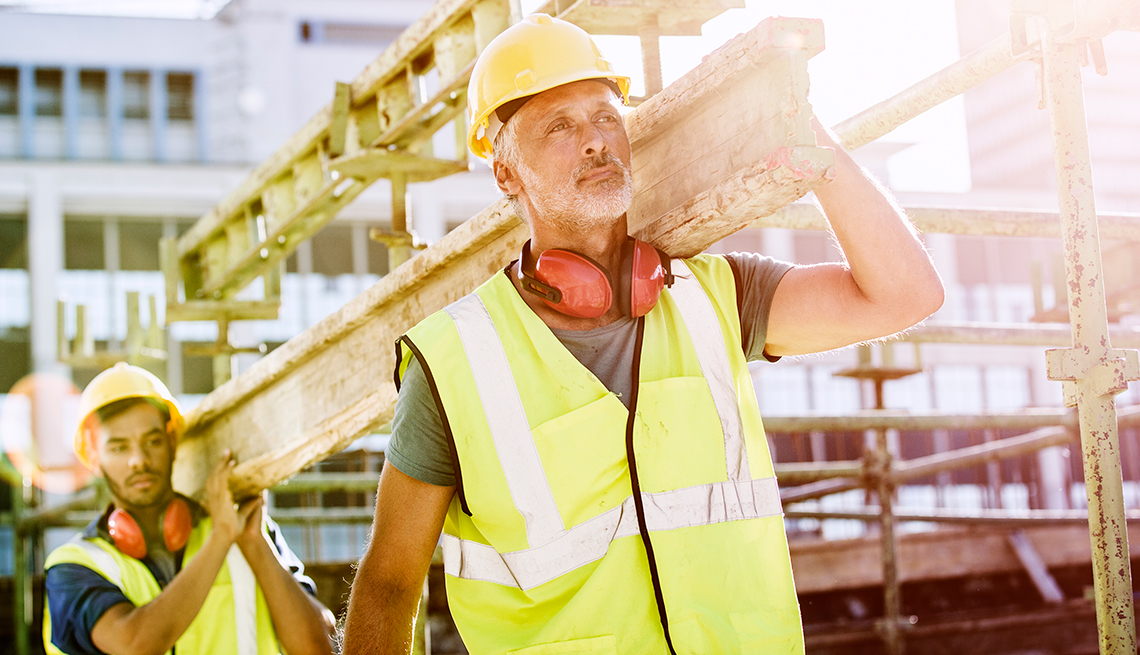 The outcome of three current court cases will be instructive as to how well the ADEA actually protects older workers.

En español |  From writing code in Silicon Valley to making parts for planes in the heart of Kansas, older workers are finding their career ambitions thwarted by age discrimination. And they’re fighting back in court.

Over the past 50 years, the federal Age Discrimination in Employment Act (ADEA) and a strong network of state laws have protected the workplace rights of people over age 40 who legally could have been sidelined in the generations that came before.

But as older workers seek to stay on the job longer or get a new job, the limits of how much protection these laws provide are being tested. Three cases making their way through the courts could deliver answers to key questions about how much shelter the current age discrimination laws offer older workers.

Can job seekers be rejected for having too much experience?

Thanks to age discrimination laws, employers can no longer post want ads that say things like “no one over the age of 55” need apply. But what about a job description that says candidates can’t have more than a particular number of years of experience? Surprisingly — even after five decades of antidiscrimination law — it’s unclear whether job applicants are protected from tactics like these that aren’t explicitly discriminatory but seem highly likely to hurt older workers in practice.

In 2014, Dale Kleber, an experienced attorney who was then 58, applied for a job as senior counsel at CareFusion, a medical device company in Illinois. When he wasn’t granted an interview — the company hired a 29-year-old instead — Kleber filed an age discrimination suit, citing the job description’s stated maximum of seven years of experience. In its response to the lawsuit, CareFusion stated that it set the cap based on the "reasonable concern" that a candidate with experience beyond the seven-year maximum would be dissatisfied with job responsibilities and would "lead to issues with retention."

“There are many reasons why an employer might not want to hire people who exceed the minimum qualifications for a job, but they shouldn’t be ruled out arbitrarily,” says Laurie McCann, who as a senior attorney at AARP Foundation Litigation is part of the legal team representing Kleber. To win, they’ll have to first convince the court that the ADEA protects applicants, like Kleber, from age-neutral employer policies or practices that have an adverse impact on individuals age 40 and over — an argument the district court rejected. The case is now before the U.S. Court of Appeals for the Seventh Circuit in Chicago, with a ruling expected early next year.

Can you be fired because of your health insurance costs?

In 2013, Spirit AeroSystems — a company in Wichita, Kan., that makes parts for airplanes — laid off 360 employees. Twenty-four of those workers have filed an age discrimination lawsuit, arguing that the company manipulated their job-performance evaluations and subsequently fired them based on their age and to avoid having to pay the potentially expensive costs of their health insurance. Many more have joined the lawsuit.

According to the suit, prior to the layoffs, the company identified employees (and their family members) whose health care expenses made them “high-cost claimants.” Many of the conditions that put employees into this category were illnesses more common among older Americans, such as diabetes, hypertension, heart disease and cancer.

“The suspicious part is that right before Spirit conducted the reduction in force, they went self-funded for their health care benefits,” says McCann. (AARP is corepresenting the plaintiffs in this lawsuit.) The switch to the self-funded model means Spirit takes on full liability for paying the employee’s share of medical claims covered by the company’s health insurance. Costly illnesses for employees would become a major expense for the company. Many other employers avoid such risks by paying the insurer a regular fee.

“Reductions in force are never easy, however, all decisions are based on job-related, nondiscriminatory criteria,” Spirit said in a statement. “We are confident the evidence in this case will show Spirit is compliant with the law in its employment practices.”

The lawsuit currently is in the discovery phase.

For years, older workers have said the tech companies of Silicon Valley prize youth over experience when hiring employees. A growing class action suit against Google could go a long way toward proving whether that criticism is accurate.

Cheryl Fillekes, a systems engineer who applied unsuccessfully for four different jobs at Google between 2007 and 2014, filed the lawsuit in 2015. She says that one Google recruiter even told her to put her graduation dates on her resume “so the interviewers [could] see how old [she was].” Fillekes’ complaint also points out that the median age for Google’s workforce is 29, compared with 42.8 years for computer programmers and 41.7 years for computer-hardware engineers nationally.

At least 269 plaintiffs have signed on to the case.

Google has denied the allegations, stating that it has strong antidiscrimination policies. The case is currently in the discovery process, with Google seeking to gather more information about some of the claimants who recently joined the suit.