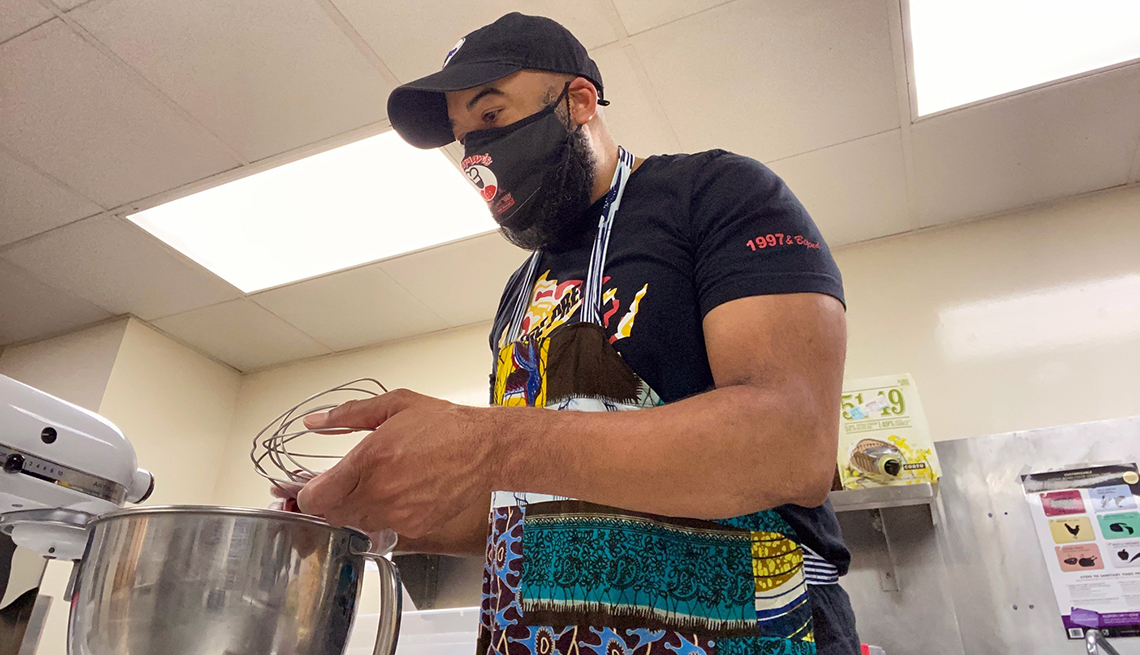 For Black owners of small businesses, perseverance in the face of difficulty is nothing new. For example, despite the ongoing efforts to support Black businesses, Black female entrepreneurs still receive less than 1 percent of all available venture capital funding and grants, according to the Stanford Institute for Economic Policy Research.

Yet even with these disadvantages in funding and other resources, the nearly 2 million Black-owned businesses across the U.S. have generated more than $150 billion in revenue since 2012.

AARP spoke with three Black business owners over the age of 45 about what it takes for a business to be resilient during a national pandemic, among the other challenges that entrepreneurs face even in ordinary circumstances.

Each entrepreneurial journey is unique; however, most have at least some moments of uncomfortable uncertainties. Resilience, perseverance and reinvention are the common threads that help many small businesses — especially those that are Black-owned — achieve success.

In the face of the pandemic, these three small-business owners had to temporarily close or pivot their services altogether, yet they refused to consider that failure was an option. Here are their tips for how businesses can handle unexpected challenges:

1. Always look for ways to adapt. Angela Bell, founder of VXPRO, slowly had been dipping her feet in the entrepreneurial pool since college. Eventually, she decided to incorporate as a sole proprietor business. VXPRO specializes in designing publications, marketing strategies and promotional materials for other companies.

Before the pandemic, Bell was printing promotional material faster than she had time in the day. However, in March 2020, three of VXPRO's large-events contracts were suddenly canceled, resulting in an 80 percent revenue loss. 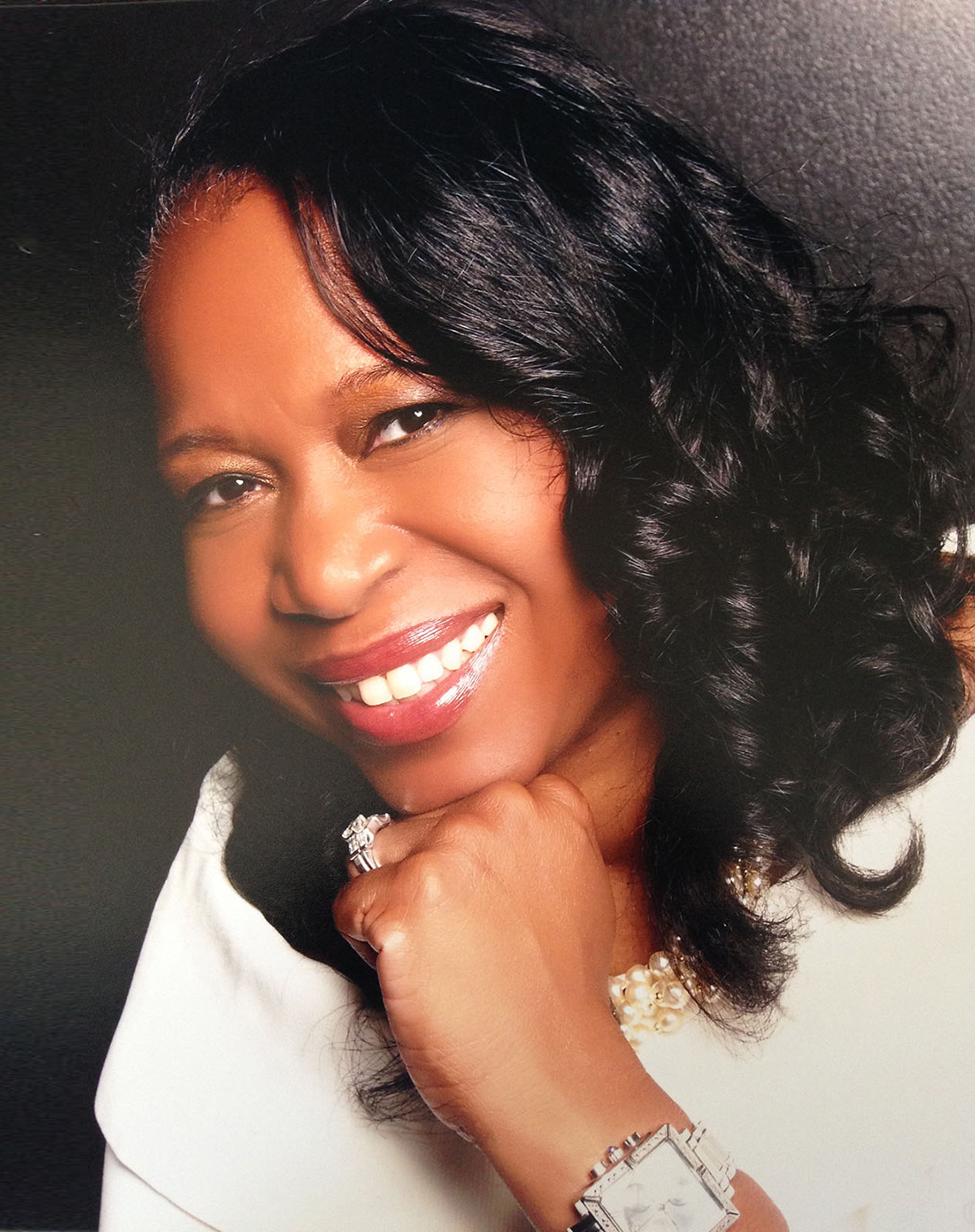 "Oftentimes it is said you have to think outside the box. I try to live as if there is no box,” Bell says. “My resilience is my mindset. I believe we do not have problems — just situations that need a change in circumstances."

VXPRO lost business when most large gatherings were canceled due to restrictions on large gatherings. But the social-justice protests after George Floyd's murder created new business opportunities for Bell's company.

"I experienced two months of no business activity,” she says. Then, “as the world became consciously aware of the social injustice surrounding the lives of Black and brown people in the United Sates, I began to wonder how I can make a difference. My brain is constantly thinking of a new design or product to offer.

"I pivoted to creating social justice T-shirts to help to further awareness and connect with identity-driven customers,” Bell says. “I created tees to promote and support the 2020 presidential election and donated a portion of the proceeds to the Biden-Harris campaign. The demand grew for my products. Since then, I have been asked to create more customized tees as well as other customized products."

2. Perseverance is key. There could be a moment — or moments — when the chips seem stacked against you, with no sight of a solution. When Tanya Hill, founder of ForeverFresh, started as an entrepreneur, she soon felt outnumbered by the titans in the feminine care industry. But her grit and drive led her to keep digging to find gaps in the market. 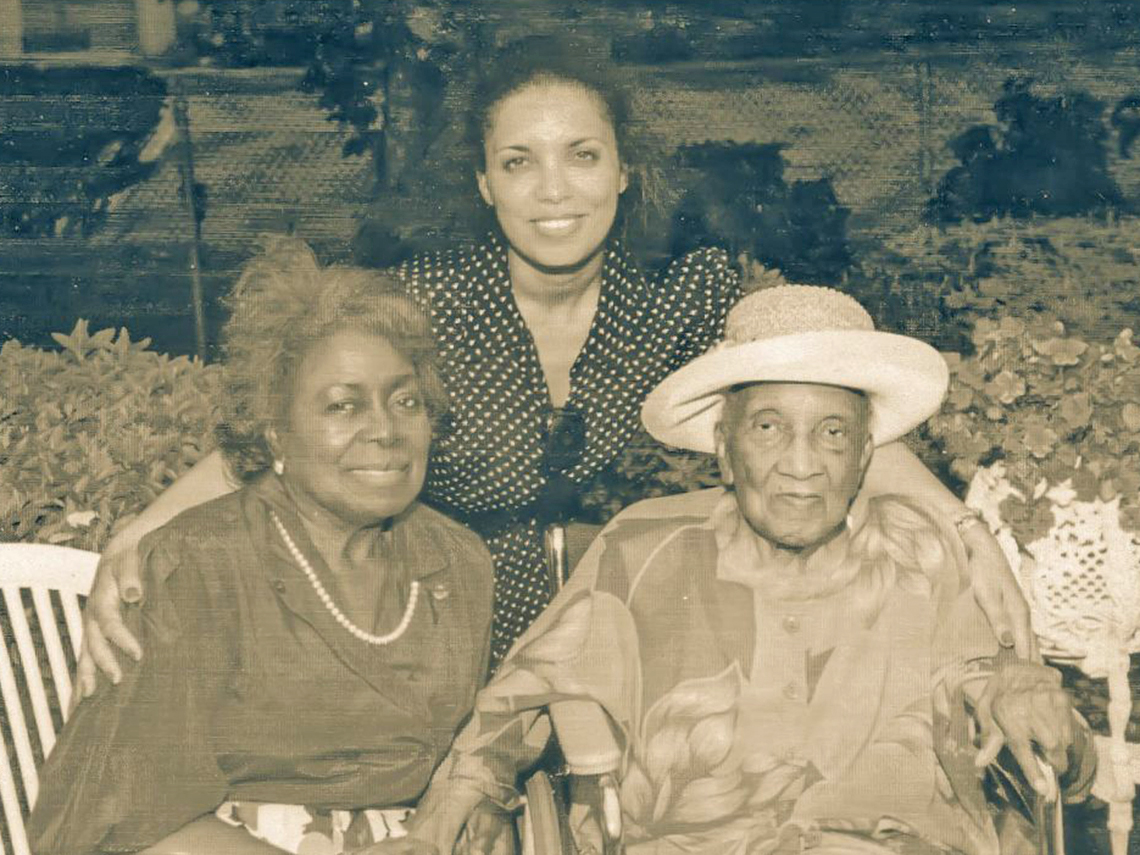 Today, Hill has built a successful national business and received international accolades for ForeverFresh, which makes disposable underwear for women for use during menstruation or incontinence. “I remember sitting in my kitchen one day and saying out loud, ‘God, if you give me one idea that will make a lot of money, I will build a youth center and expose them to international business,' " she says. “What I thought of immediately was a pad with wings to protect underwear during menses. I made a prototype and called my friends to share my excitement.

"After the initial laugh, they said it was a good idea,” Hill adds. But success did not come quickly. “I got very discouraged and put the prototype in the very top kitchen cabinet, the one you never use. Sometime later, one of those same friends who had laughed at my idea called and told me the pad I had made was in the store, and it was called Always. I was totally deflated. But at that very moment, the thought of making disposable underwear came to mind,” she says.

Through the highs (receiving an award for her product in Geneva, Switzerland) and the lows (getting divorced and having to reboot ForeverFresh three times), Walker proudly admits, “I survived. ... Not only did I survive, but I was able to get into the airport concessions business, rebuild ForeverFresh, get remarried and support causes that are dear to me.”

3. Mistakes are learning opportunities. Since he was 12 years old, Alan Goodman, owner of A Goodman's Desserts, loved to bake. It wasn't until he made desserts for a party that he felt the entrepreneurial spark. After he was laid off from his job, he decided to launch his Milwaukee, Wisconsin, bakery.

Today, Goodman has won several national pitch competitions and has partnered with organizations ranging from sports franchises to educational institutions. “Baking has many points of failure,” he says. “A slight miscalculation in temperature, ingredient amount, or any number of changes, can ruin a batch of deserts. As I transitioned from my initial commercial kitchen to the hotel [kitchen he uses now], I had to make adjustments to ensure the consistency of the desserts. 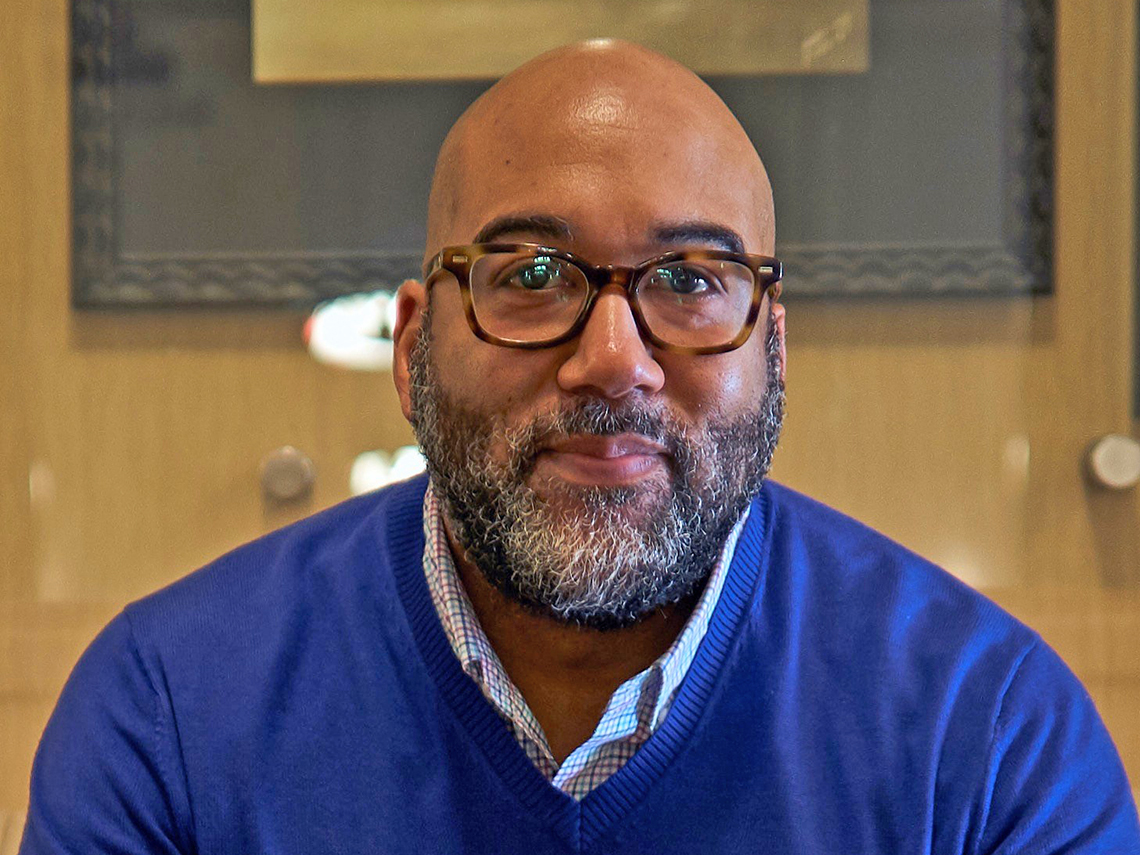 "I had trouble in the beginning and had a string of failed desserts,” Goodman notes. “I had to really pray and take a deep breath before assessing what went wrong. At this point, in the kitchen alone, I wondered whether I had made a mistake. ... In that moment, I understood how failure is the best teacher. And you are going to fail on a regular basis; it's a certainty. Being comfortable with looking at failure as the beginning — and not the end — was a critical shift in my mindset to keep me going."

Many Black business owners say they remain optimistic about the future — not because of external factors such as investments or increased visibility, but because of their individual grit, determination and resilience. For example, Goodman feels hopeful about the future of his business. “I have met so many wonderful people of all backgrounds that are willing to help and support my business — from my business partners to every customer who has purchased a dessert,” he says. “I'm confident in my strategy, thankful for all of the support and willing to ask for help, knowing I don't know everything.”

Entrepreneurs over the age of 45 are the most successful segment of small-business owners for a number of factors. Their accumulation of soft skills during previous careers, awareness of limited time and resources, and an aversion toward borrowing often translate into a higher business acumen.

The ingredients of resilience differ for each entrepreneur, but adaptability, perseverance and failure are the three secrets of resilience. These three small-business owners agree that whatever tomorrow brings, their future is bright.

Ashley Powdar is employer content lead for AARP's Financial Resilience team. She works with participants in the organization's Employer Pledge Program to promote the value of a multigenerational workforce. She also assists and reports on issues that affect owners of small businesses.

Ashley Powdar is employer content lead for AARP's Financial Resilience team. She works with participants in the organization's Employer Pledge Program to promote the value of a multigenerational workforce and reports on issues that affect small business owners. 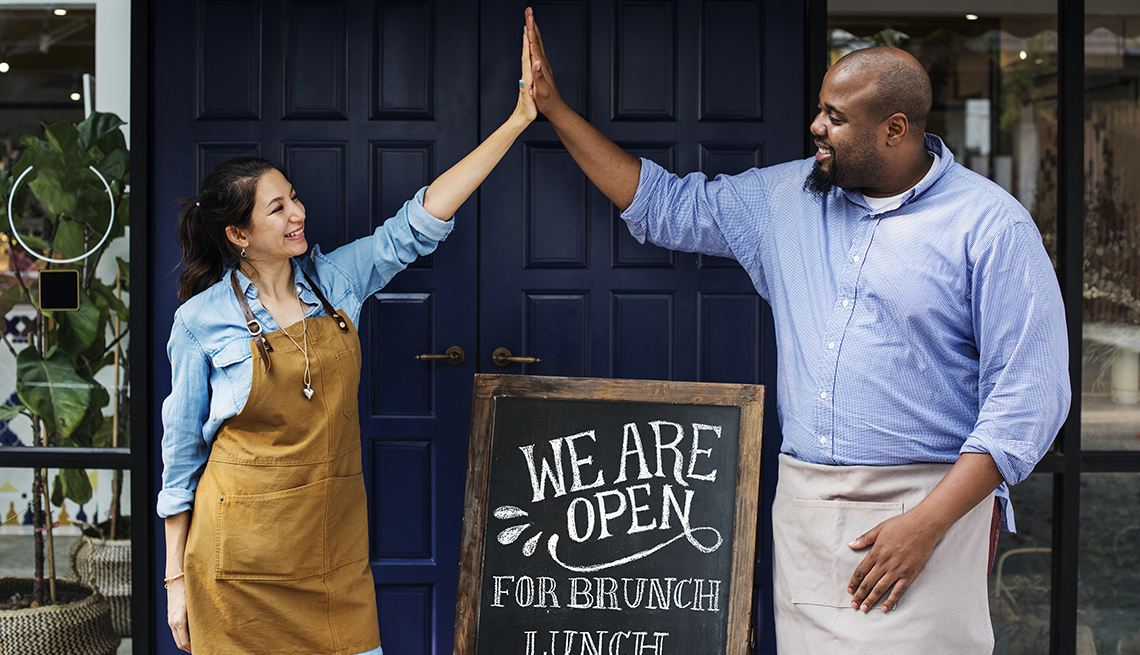 How to Find a Mentor for Your Small Business

Connecting and networking with experienced advisers can help your business grow 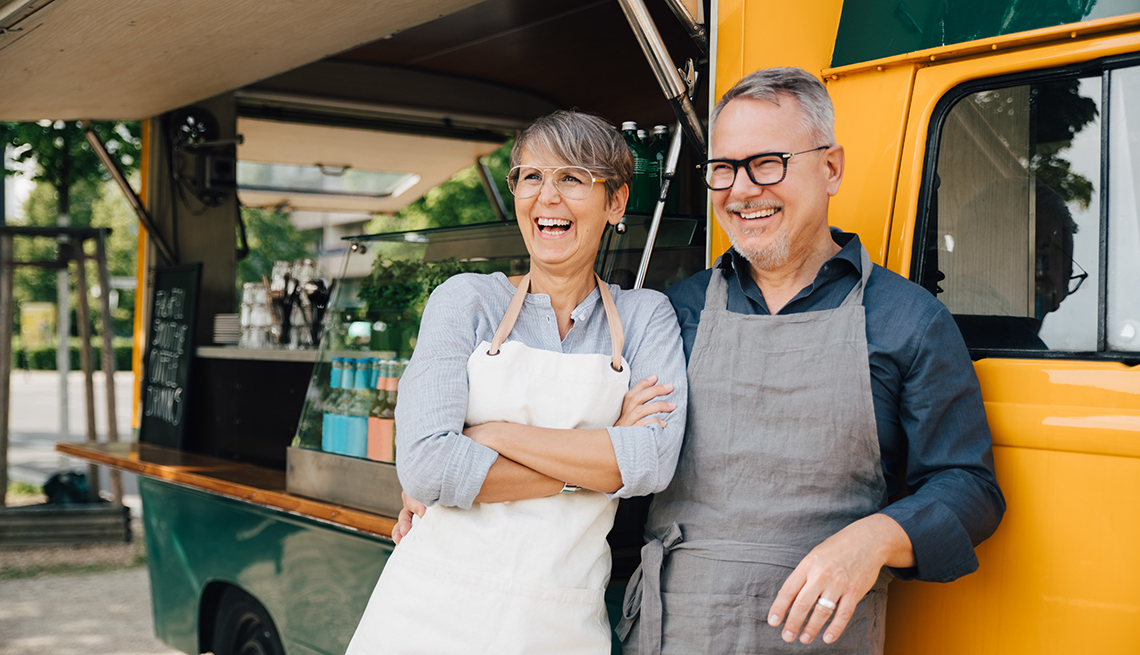 Turn Your Skills Into a Business Opportunity

These steps can help you make your entrepreneurial dream a reality 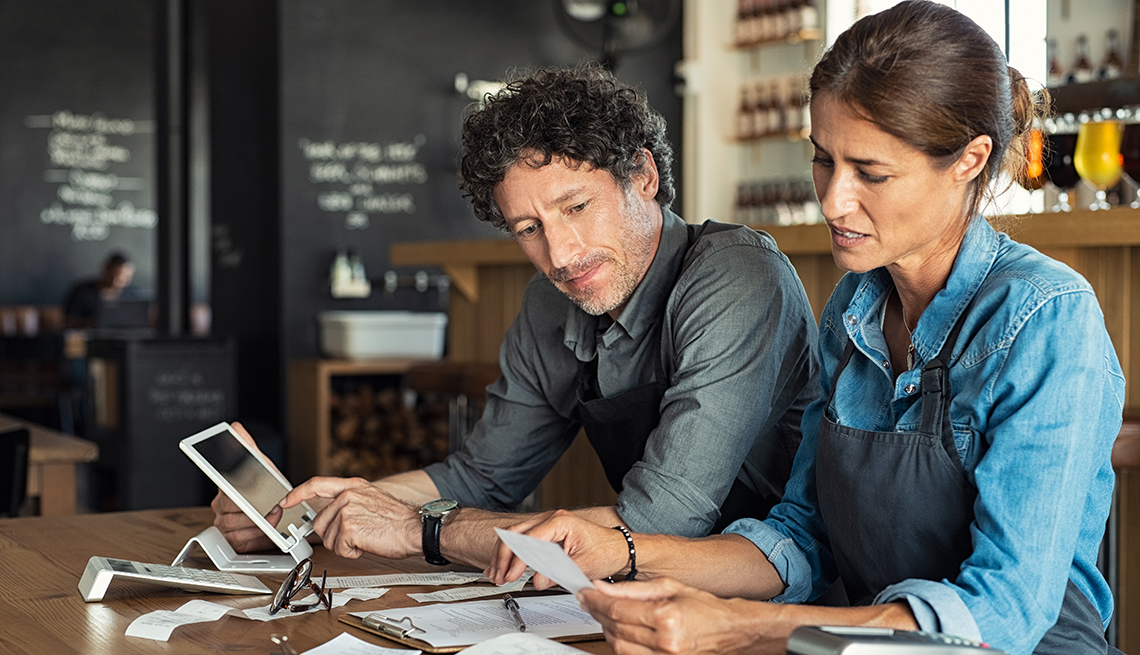