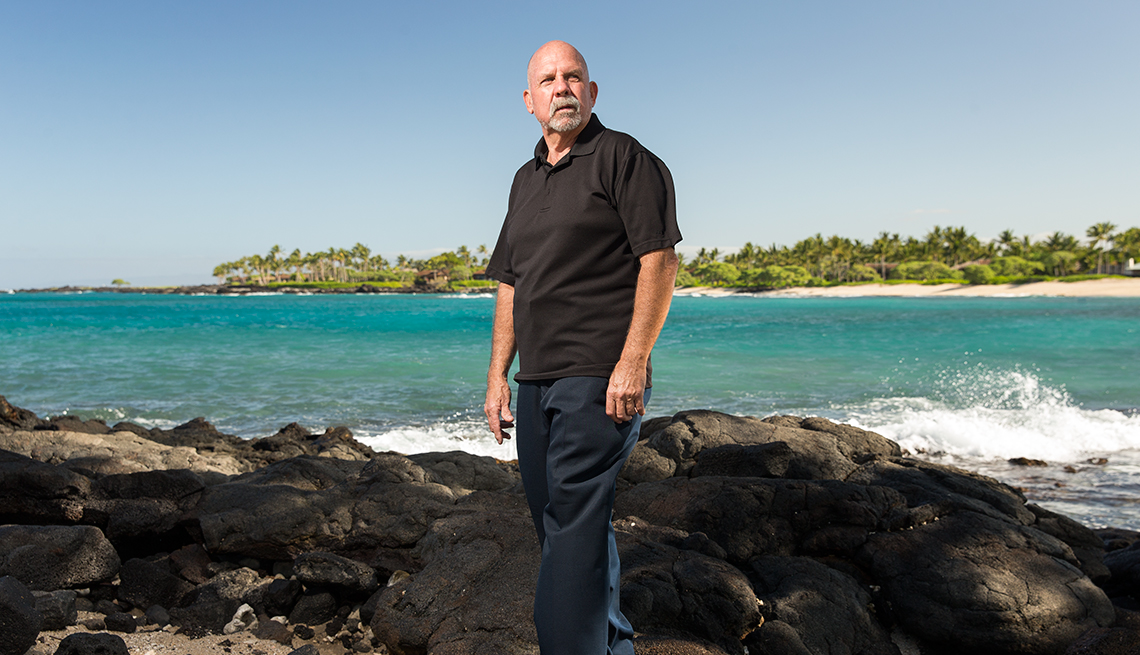 En español | Ed Cochran's weathered hands began to tremble as he read the letter from his union pension plan. "We made a terrible mistake," it began. The June 2013 letter said he was overpaid for nearly two decades, to the tune of $97,000, including interest. It demanded that he repay $66,000 within three weeks or face steep cuts to future payments until the overage was recouped.

"I thought I was going to have a heart attack, truly. My heart jumped right out of my chest," says Cochran, 65. His pension payout dropped from more than $1,300 a month to $800.

"I thought, how could this be possible? It was 18 years that this went on," says the retiree, who installed ductwork in Chicago high-rises for a living. "After freezing and working in below-zero temperatures, it was just devastating."

Cochran's saga comes amid sweeping changes roiling the U.S. pension industry. Among them: bankrupt cities such as Detroit cutting retirees' pensions, companies selling off their obligations in the form of annuities, employers freezing or underfunding plans, and firms shifting workers into 401(k)s. Just 16 percent of today's private-sector workers (about 17 million people) have traditional pensions, down from about 35 percent in the early 1990s.

What's also fading for retirees who still enjoy a pension is the promise of guaranteed income for as long as they live. Legislation passed in December, overturning 40 years of labor law, allows certain troubled multiemployer plans to cut promised benefits to those under age 80.

That historic shift, along with an apparent increase in pension plans recouping overpayments, has blindsided retirees who built their lives around the safety net of a guaranteed income.

"Unfortunately, fewer people are retiring with a guaranteed pension, and even those who have one are at greater risk for losing their benefit," says David Certner, legislative policy director at AARP. "The guarantees are becoming less and less secure."

Reduced to $5 a month

In Cochran's case, Illinois' Sheet Metal Workers Union Local 73 pension fund erroneously overpaid him and 588 others by a whopping $5.2 million between 1974 and 2004. In 2013, nearly a decade after it discovered the errors during an audit, the plan sent letters to the retirees informing them of the miscalculation and seeking return of the overpayment — along with 7.25 percent interest.

Perry Kinard, 76, was sick with worry after he was notified of a pension overpayment. The retired New York City transit worker still bears the scars on his chest, and a bullet in his head, from thugs he encountered on the job. A man stabbed him in the lung in 1978 as he mopped the stairs at a subway station. In 1990, another man shot him in the head on a subway platform. He retired on disability at age 54. 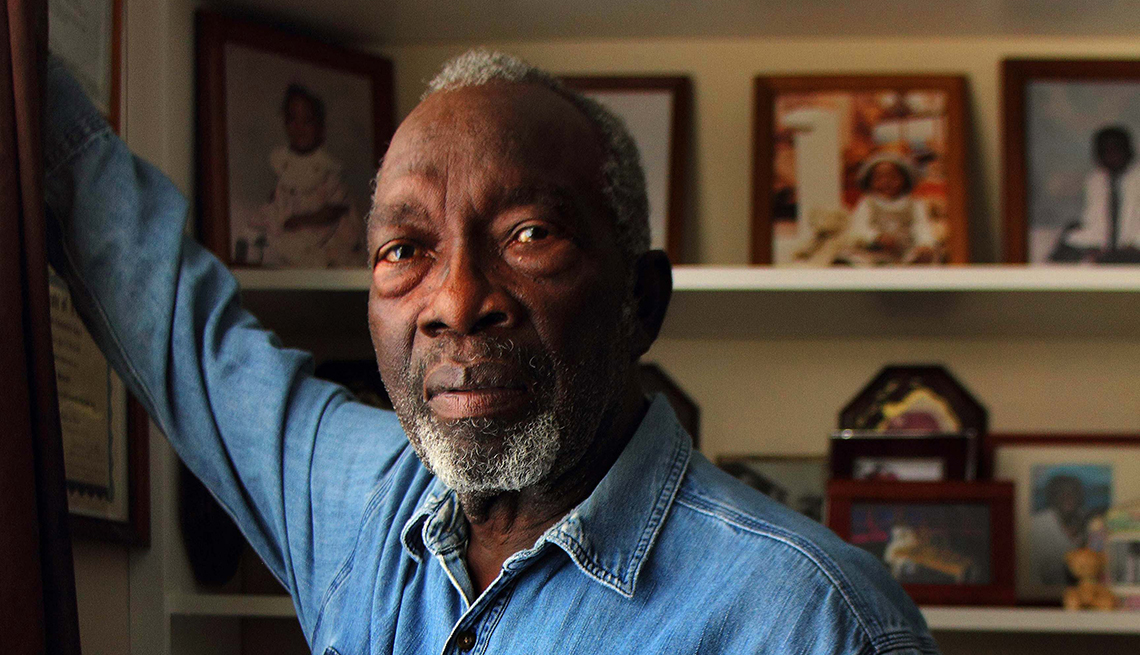 Today Kinard is struggling to adjust to his $5-a-month pension — reduced from $1,414 after the New York City Employee Retirement System (NYCERS) said it had overpaid him $163,423 over 22 years. It said his disability pension should have been offset by his workers' compensation payments. It withheld all but $5 a month to recoup the excess payments.

Pension experts say a growing cadre of retirees may find themselves in similar situations — shocked to discover that they were overpaid for years by their pension plans and now legally liable for repayment. The retirees often are told to return the overpayment in a lump sum or expect considerable cuts to their pension income until the overpayment is recouped.

"This is happening across the country in the public and private sector," says Gary Stone, a senior staff attorney at the Mid-Atlantic Pension Counseling Project in Brooklyn, which helps retirees in these situations. The regional counseling projects are funded in part by the U.S. Administration on Aging.

"Often what triggers it is an audit to make sure everything is being done properly," Stone says. "The pension fund thought they were doing things right, and the person thought they were getting the correct pension. It's very shocking because of the suddenness of it."

It's not uncommon for some plans to notify retirees that they were overpaid and to start lowering benefits immediately, pension advocates say. If this happens to you, consider taking these steps:

• Ask to see the calculations showing how your new benefit amount was determined. Plan administrators miscalculated your payments before and they may be wrong again.

• If you're unclear about your situation or need help to understand your rights, contact the Labor Department online or call 866-444-3272 toll-free. Advisers may refer you to the National Pension Lawyers Network or to an Administration on Aging pension counseling project for further assistance. You can also contact the Pension Rights Center.

• Hold on to your W-2s and pay stubs to verify your employment history to avoid problems from an employer's mistaken or lost work records. Retain plan documents, including benefit statements, notices and your summary plan description.

Jennifer Anders-Gable, supervising attorney at the Western States Pension Assistance Project, a unit of Legal Services of Northern California in Sacramento, says pension recoupment is now the most common problem handled by her staff, comprising over half of the 450 cases it closed in 2014.

Federal law doesn't restrict the nearly 44,000 private pension plans in the United States from recovering miscalculated overpayments, no matter how far back they go. In some cases, plans have deducted so much from a monthly income payment that it left the retiree with next to nothing. Local laws vary on recoupment for pension errors made by state and local plans.

Multiemployer plans like Ed Cochran's, which cover workers at several companies, operate under slightly different rules. They're limited to withholding up to 25 percent from a pension if an individual can't make a lump sum repayment, under certain circumstances.

As outrageous as it seems, there's not much pensioners can do. Under IRS rules, pension plans must recover these excess payments to maintain their tax-exempt status. Moreover, plans have a fiduciary responsibility to preserve the assets of a pension trust for all members, which can mean pursuing repayment from retirees for the benefit of all participants.

Retirees can file a court appeal, though most cases are unsuccessful, according to data from the Pension Rights Center. Retirees also can ask to be released from repayment, citing financial hardship. However, federal guidelines give plans seeking reimbursement broad discretion over whether to grant that request — and many don't, says Anders-Gable.

"Not getting a recoupment waived is certainly the norm," she says. "These people will have to turn to public benefits because they've structured their later years around this pension income, and it's a huge portion, if not all, of their budget."

How did we get here?

Jeanne M. Medeiros, director of the Pension Action Center at the University of Massachusetts in Boston, blames vague labor laws for allowing plans to go after retirees decades later over errors that they didn't cause. She also says that many of the pensioners she's counseled were in no position to return to the labor force to make up their lost income.

A spokesman for the Department of Labor told the Bulletin: "It's possible for the plan to recover the money from negligent plan officials; they don't need to recoup it from the plan participants. Our guidance gives them latitude to decide whether or not to do so, and over what time frame."

The IRS also doesn't instruct plans on how to go about collecting. Instead of seeking recoupment from retirees, a pension plan could collect funds from an employer's liability insurance, which covers fiduciary breaches such as pension miscalculations, says Paul M. Secunda, a law professor and director of the Labor and Employment Law Program at Marquette University Law School in Milwaukee. "They'd have to pay higher premiums," he says. "So it's not something a lot of plans like to do."

Ellen Bruce, a senior fellow at the Gerontology Institute at the University of Massachusetts in Boston, says regulators must make clear what can be demanded of a participant who didn't cause the overpayment.

"There are no other situations where entities can go back endlessly in time. Even court cases have statutes of limitations," she says.

In addition to his $5-a-month pension, Kinard, who now lives in Mauldin, S.C., collects Social Security and workers' comp benefits. "It's like I worked all my life for nothing," he says. "They took everything from me."

Tucked into the massive budget bill passed by Congress in December was a provision permitting certain financially troubled multiemployer pension plans to cut existing benefits potentially to hundreds of thousands of retirees who are under age 80.

That 11th-hour provision toppled 40 years of protections for retirees already receiving benefits and may alter the course of the U.S. retirement system, retirement advocates say. "Congress has placed the burden of rescuing underfunded multiemployer plans on the people who can least afford it — retirees and surviving spouses who rely on their pensions for food, medication and other necessities," says Karen Friedman, executive vice president at the Pension Rights Center in Washington, which fought against the legislation along with AARP and other groups.

Multiemployer plans — there are about 1,400 in the U.S. — are group pensions that several companies within a single or related industry pay into, mostly to cover union workers. But shrinking union membership, market declines and other issues have put some 150 to 200 plans — covering about 1.5 million people — in peril.

Those plans could run out of money within 20 years, according to the Pension Benefit Guaranty Corp., which insures private pensions up to certain limits when employer plans go bankrupt. Retirees won't see immediate cuts to their pensions because it's a complex process to modify benefits.

For example, plans with at least 10,000 workers and retirees must permit all participants to vote on cuts before they're implemented. Even if a majority oppose it, the Treasury secretary could override the vote and uphold trustees' decisions to reduce payouts, in order to prevent insolvency. Under the provision, retirees ages 75 to 79 likely will see smaller cuts than those 74 and under. Pensioners in single-employer plans won't be affected.

Millions of retiring Baby Boomers have spent their entire working lives stuffing money into retirement accounts, but now they need to learn the smart way to take it out, says Jeff Maggioncalda, CEO of Financial Engines (FNGN)