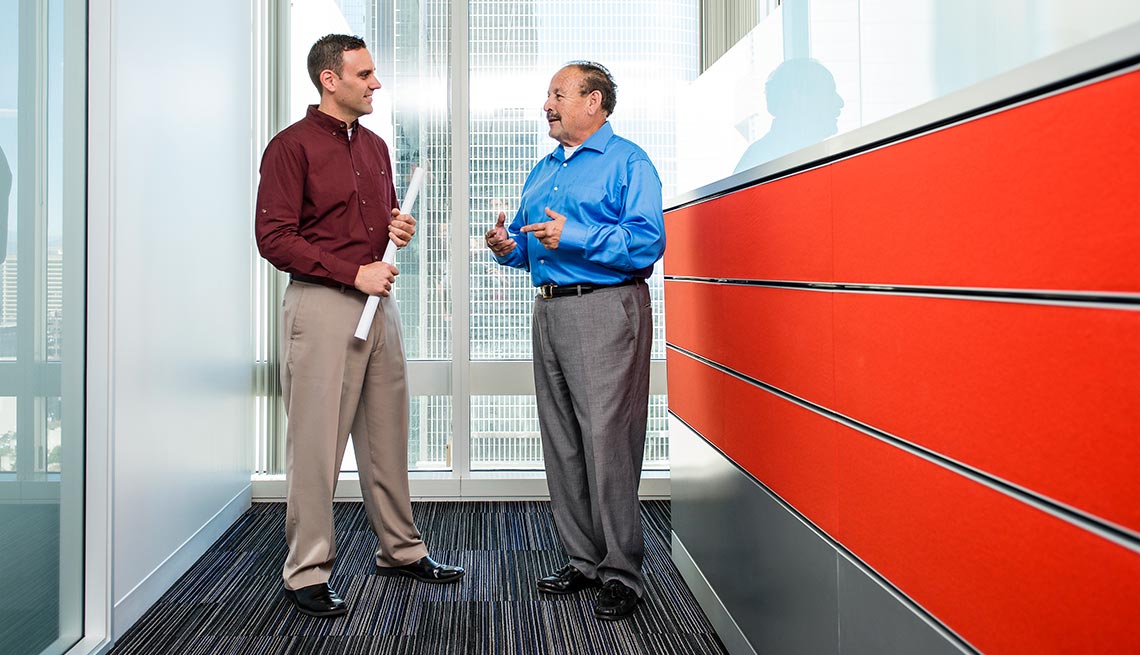 En español | Phased retirement — a promising alternative for workers in the later stages of their careers — may soon get traction.

The program lets workers gradually start clocking shorter work weeks, allowing them to test out retirement to see if they like it or can afford it. They also get to maintain social ties in the workplace. Ideally, this option keeps them in the workforce longer and prevents them from tapping savings and Social Security early, bettering their chances of not outliving their money.

Making it a win-win

Now Uncle Sam has decided to put some skin in the game. Faced with the prospect that nearly one-third of its career employees will be eligible to retire in less than three years, the federal government is letting each agency decide whether to offer phased retirement. The program will be open to retirement-eligible employees — in some cases as early as age 55 — who will work half-time while receiving half their pension and full health benefits. Key to the program: Phased retirees must spend 20 percent of their time mentoring the next generation of federal workers.

See also: 6 Tips to find a job with the federal government

It's too early to know how many agencies will adopt it or how many workers will sign on, says Kenneth J. Zawodny Jr., associate director for retirement services at the Office of Personnel Management. Still, he says, "We hope it will be a model" for private employers.

Older workers will be watching. The idea of easing into retirement a year or more before exiting the workforce appeals to many of them. A 2013 AARP survey found that more than half of respondents describe the ideal job as one that offers this option.

Employers can reap benefits, too. Consider Southern California Gas Co., which employs more than 8,200 people. In 10 years, half of them will be eligible to retire, taking with them the experience of running the nation's largest natural gas distributor. Instead of watching knowledge walk out the door, the utility lets older workers scale back hours while maintaining full pay through part-time wages plus accrued vacation and sick leave. In turn, they mentor younger colleagues.

"It's been a win-win-win for us to keep these skilled workers here, to help transfer knowledge to younger, less experienced employees," says Hal Snyder, human resources vice president of diversity and inclusion. And for older employees who have been working decades, this lets them ease into retirement for a year or so rather than abruptly end their careers, he says.

That's one reason why Jorge Rodas, an electrical engineer with the utility for 16 years, chose phased retirement several months ago. "It's a big lifestyle change. I wanted to do this gradually," says Rodas, 69, who works three days a week and will fully retire in August. Plus, he says, "I enjoy mentoring. It reminds me of when I was young and someone was taking care of me."

See also: How to find a mentor

But employers like Southern California Gas are the exception. The Society for Human Resource Management says formal phased retirement programs have shrunk in recent years, with 4 percent of employers offering them, while informal arrangements reached 9 percent — still a low figure.

One reason is that many companies want to decide which workers they keep. "They don't necessarily want to offer another benefit to everybody," says Sara Rix, senior strategic policy adviser with AARP Public Policy Institute.

"Part of the struggle here is just convincing employers of the value of older workers," says Kevin Cahill, a research economist at the Sloan Center on Aging & Work at Boston College.

That's not the case at MHBT, a Dallas-based insurance agency, which allows workers to fashion their own phased retirement. Though the company recruits younger workers, it doesn't want to see employees with 30 or more years of experience — and close relationships with clients — abruptly exit, says Culver Wilson, MHBT's vice president of human resources. "The longer we can keep these people with us … it's in our best interest to do so," says Wilson, 65, who is phasing into retirement himself this year.

"I was really getting to the point where I needed some kind of personal life," says Jeanie Moore, 65, an MHBT receptionist for 22 years. "They didn't want me to quit. I'm a really good troubleshooter." Moore switched to a four-day week, and the company hired another receptionist to help out. Seeing her paycheck drop 20 percent was initially a shock, although having more time for herself and her grandchildren is more valuable, she says.

Despite phased retirement's slow start, it's likely to become more common, experts say. "So many workers want it, and there will be a need for talent," says Catherine Collinson, president of the Transamerica Center for Retirement Studies. "It will naturally happen."