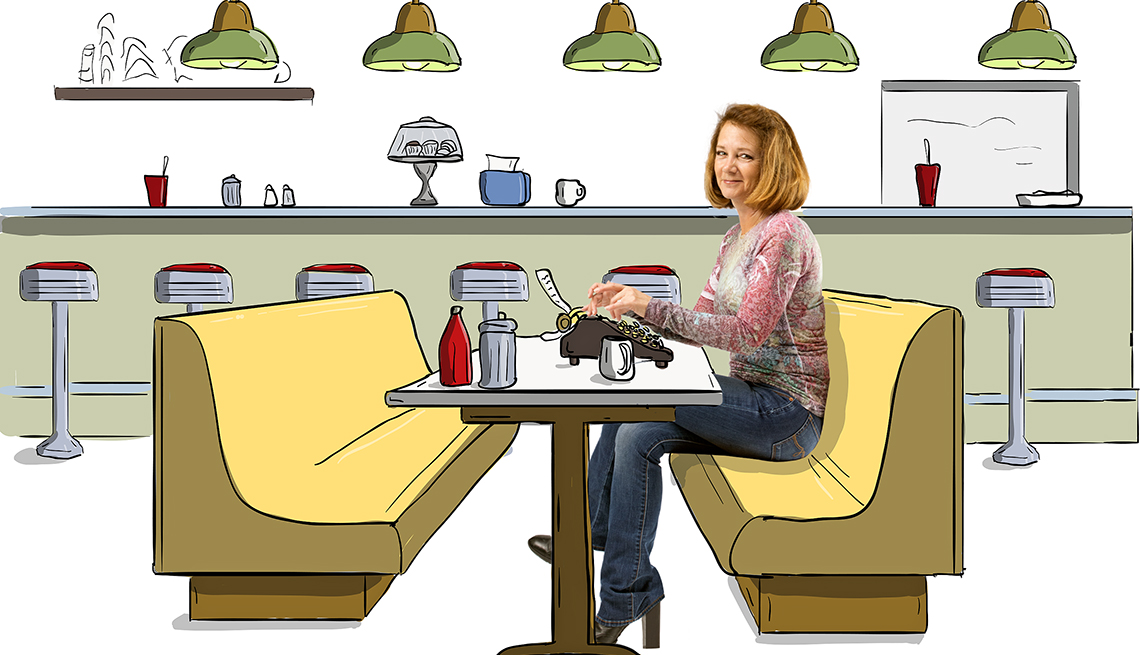 En español | For some people working over 50, the work they've done all their lives can become more physically demanding than they'd like. There are three choices: Grin and bear it, leave the job earlier than planned and take a financial hit, or find a different career that's less taxing. Here are three people who found new jobs they can enjoy into their 60s and beyond.

Debra Ginsberg, 54, grew up watching her father support the family by waiting tables. "He made a good living," she says. "It seemed like a viable option for someone not inclined to go work in an office."

The U.S. Department of Labor has more than 2,000 American Job Centers to help workers of all ages who are searching for training.

AARP Foundation works with community colleges, workforce boards and nonprofit partners to provide Back to Work 50+, a program for workers who may not qualify for SCSEP. Call 855-850-2525 toll-free.

So after graduating from college, she became a waitress while writing in her free time. "All I ever wanted to do was write," she says. The schedule also worked well while she raised her son. "It enabled me to spend all day with him when he was little and then work at night."

But more than 20 years of waiting tables took a toll on the San Diego resident. "Carrying heavy trays, remembering complicated orders — you're basically running the whole time if it's busy," she says. "I probably have lifelong back issues from carrying trays." She published a memoir called Waiting in 2000. The success of that book — which sold copies in the six figures — led to deals for six more books. Along with earnings from related editing and writing gigs, that allowed her to quit waitressing — for about a dozen years.

But last year, her editing and writing work ebbed. So she returned to a restaurant job. "But it tired me out more than I remembered," she says. "Everything hurt." She was also turned off by the "toxic" restaurant culture. "The staff was awful. I was horrified," she says.

So Ginsberg has returned to writing and editing, with a focus on helping budding writers develop their manuscripts. Still, being self-employed is hard, she says, since you're constantly on the hunt for new clients. "I have periods of both feast and famine."

Key lesson: Pursuing a big dream, like writing for a living, can seem impossible, but hard work can eventually pay off. "Part of it is luck, part of it is persistence," Ginsberg says. To keep herself motivated, before bed she tries to focus on something she's looking forward to the next day.

Take New Expertise to The Bank

Alex Ruangeawat-Loring used to spend his days lifting and mixing 80-pound cans of paint in a Seattle hardware store. As he got older, he started feeling the physical strain of the work. He also grew increasingly frustrated that he wasn't using his accounting background.

"I used to work with paperwork in customer service," he says, but he fell into the job at the hardware store after a friend recommended him when he needed work. He finally decided he had enough of mixing paint. After asking around for leads, he attended a job fair, where he discovered BankWork$, a free training program that started in Los Angeles 10 years ago. It teaches people how to be bank tellers and customer-service reps, and helps participants polish their résumés and find jobs. 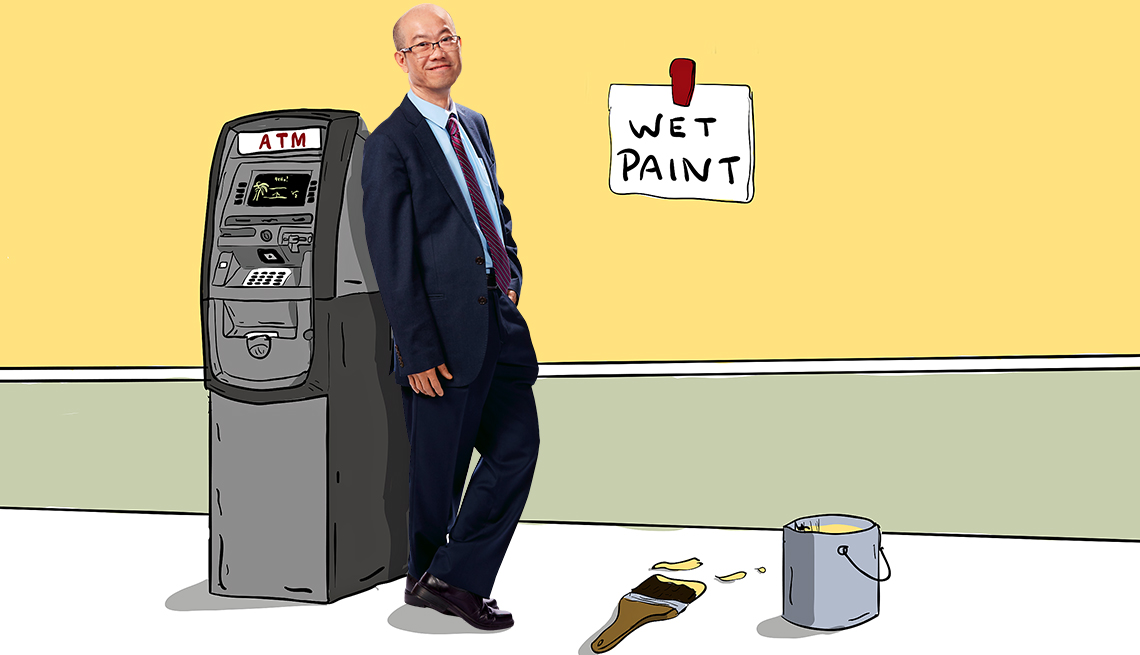 Alex Ruangeawat-Loring once worked at a hardware store; now he works at a bank. (Photo: Michael Clinard)

After learning the basics of banking and how to interact with customers, Ruangeawat-Loring landed a position working with bank clients at JPMorgan Chase. "I enjoy my new job 100 percent more than my old one," he says. The new gig also pays more than the hardware store for the same hours, and he has his eye on a promotion.

Key lesson: Try something new, even if it feels uncomfortable at first, and say yes to opportunities. "I said, 'I'm not sure I'm qualified' " to the recruiter at the job fair, Ruangeawat-Loring recalls. She encouraged him to come in for an interview anyway, and a week later, he received a letter admitting him to the program.

Glen Norman went from a career as a pipe layer to a teacher. (Photo by Jason Myers)

A Transition to Training

Glen Norman started work as a meter reader shortly after college. He later moved into construction, installing gas pipelines and operating heavy equipment like jackhammers and backhoes through the hard rock of Tennessee. Eventually, the pounding his body took caught up with him. "Your body just isn't set to do that kind of thing," he says. The final straw was at a company holiday party, when his 4-year-old daughter expressed her worry about his well-being. "She was fussing with the supervisor and wanted to know when he was going to let me out of the field."

He found openings for less physical work within his company — partly because older workers were starting to retire at the time — and began taking on managerial positions, training younger workers. Now, as the senior regulatory compliance officer at Industrial Training Services in Murray, Ky., he teaches his trade over the internet, with the occasional in-person class. "It's mostly standing in front of a group of people and talking or demonstrating with a piece of equipment," he says. That leaves him with plenty of time for his grandchildren. "I can envision another 10 years" of working, he says.

Key lesson: Sometimes the best opportunities are in your own field. "They sent me to all kinds of leadership programs," Norman says. "I learned how to read people." Training others turned out to be one of the most fulfilling aspects of his career. "It developed into something I really liked to do."