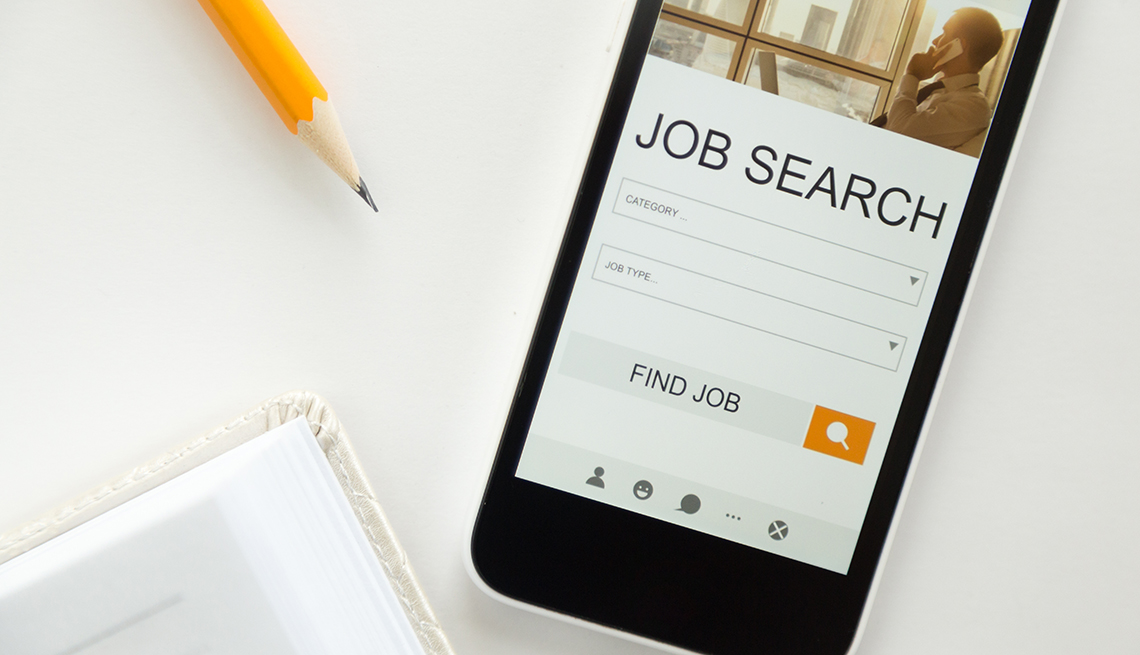 En español | Even though he had been looking for work on the job-search website Indeed.com and elsewhere since being laid off in April, R.D. Childers didn't know Indeed has a “hiring immediately” filter on its site until his 16-year-old showed it to him.

A 52-year-old senior manufacturing engineer who lives in Austin, Texas, Childers has worked for companies that make everything from computer chips to heart valves. Now, like millions of others, he has to look for a new job due the recession the coronavirus pandemic has triggered. Nearly 1.3 million people filed new claims for unemployment insurance benefits during the week that ended July 11, according to the U.S. Department of Labor. More than 50 million people have filed such claims since the pandemic started in March.

Trying to keep up with the tools he needs to get a new job in the midst of a pandemic is “incredibly frustrating,” Childers says.

"People who are my age and older are disconnected from how the game is played,” Childers says. “I had to go and take a college course just to figure out how to fill in a résumé."

He's not exaggerating. Some older workers who are suddenly back in the job market may face a process vastly different than the last time they folded cover letters and résumés into envelopes to drop off at the post office.

Today, before they're ever read by humans, résumés have to get past artificial intelligence tracking systems. Interviews are virtual. A good LinkedIn profile is essential. Everything is online.

Older adults “need to upgrade job search skills that might be very rusty,” says Roger Forrester, coordinator of the Back to Work 50+ program at Pima Community College in Tucson, Arizona, which helps them do it.

This recession is different for older workers

On top of everything else, the competition is extreme.

Unlike in previous recessions, when they were generally protected by seniority, Americans over 55 are more likely this time to be out of work than their younger counterparts. Their unemployment rate could be as high as 22 percent, according to an analysis by the Education Policy Institute, compared to the average for all workers of around 15 percent.

That's the biggest gap ever, says Richard Johnson, director of the Program on Retirement Policy at the Urban Institute.

One reason, Johnson says, is that older people may be reluctant to jump straight back into the workforce, considering the risks they may face if they have underlying health conditions. Others are looking for jobs that will let them work remotely, further narrowing their options.

One thing is constant: Once they're out of the workforce, it typically takes longer for older people to get back in, Johnson says. And only 1 in 10 will ever earn as much again, his research has found.

"People who are my age and older are disconnected from how the game is played. I had to go and take a college course just to figure out how to fill in a résumé."

"Even in good times, it's substantially harder for older workers to find a job than it is for younger workers,” Johnson says.

The news is not all grim. Older workers have a lot of what employers want, says Ramona Schindelheim of the advocacy organization WorkingNation, including experience managing people, solving problems and working in teams.

Older candidates for jobs “may not even realize the value of the skills they have,” says Schindelheim.

The trick is getting a hiring manager to see that.

"It's a matter of how to help them showcase these things,” says Beth Hobbs, a career adviser in the Generations@Work program in Arapahoe County, Colorado.

That means boning up on such skills as how to write a résumé, use LinkedIn to job-search and network, and even set up the best lighting for an interview on Zoom.

"We have a lot of people who frankly haven't been in this position before,” Hobbs says. “They haven't looked for a job in 20 or 30 years."

A few have seized the opportunity to go back to school and learn entirely new trades. Mauricio Oliveira, 58, of Miami, who lost his job as a logistics manager for an international freight forwarder in April, has enrolled at Miami Dade College to study graphic design — a longtime avocation he hopes to turn into a new career.

"I never thought I'd go back to college,” says Oliveira. “But I think in the internet era, graphic design is a good idea."

Kim Coleman, 55, who previously worked as an executive assistant, says she may also end up taking classes toward certification to become a life coach or patient advocate.

Further education can take time and money, however, two things many older workers may not have.

"Mid-career and older workers have mortgages, kids in college, they're supporting older parents. They don't have the luxury of saying, ‘I'm going to take the next two years and acquire this new skill,’ even if it's in demand,” says Maria Heidkamp, director of the New Start Career Network, a Rutgers University program serving people 45 and over.

What they need most “are the technical skills to apply for a job, because it is virtual now, and that may be new for people,” says Forrester, in Tucson.

Very new, to one Washington, D.C.-area nonprofit executive and attorney in her 60s — she asked that her name not be used — who says she never before had to actively look for work. “I always networked to a job,” she says.

"In some ways it's the same skill set: how to speak comfortably and quickly in a concise way,” she says. “But what I didn't realize is how valuable LinkedIn has become."

Hal Rogoff, who is also in his 60s and lives in Maryland, has worked in fields as varied as public administration, finance and engineering. But he always got those jobs “by hearing something from a friend and hopping on it."

Looking for work now, he says, “requires a different approach. And I haven't done this for a long time.”

The competition for what jobs exist, meanwhile, “is really, really young,” Coleman says — especially in Austin, where she also lives. “They're coming out of school and starting work with really new technological skills that a lot of us in our 50s don't have."

To catch up, Coleman took a course in job-seeking strategies, part of the Digital Skills for Today's Jobs program at Austin Community College. Sixty percent of the people in the class are 50 and older, the college says.

"You've got to sell yourself,” she says. “You have to spell out your accomplishments. You have to make then quantitative. You have to have keywords in your résumé to match the description and show how qualified you are."

Childers took the same class. He's had a few interviews here and there since April, but his teenager, who just turned 16 and is proficient with digital technologies, landed six in just one week.

"My kiddo,” Childers says, “is outpacing me at job-hunting."