10 Occupations Affected by the Coronavirus That Bounced Back in June

Unemployment rate for workers 55 and older drops to 9.7 percent 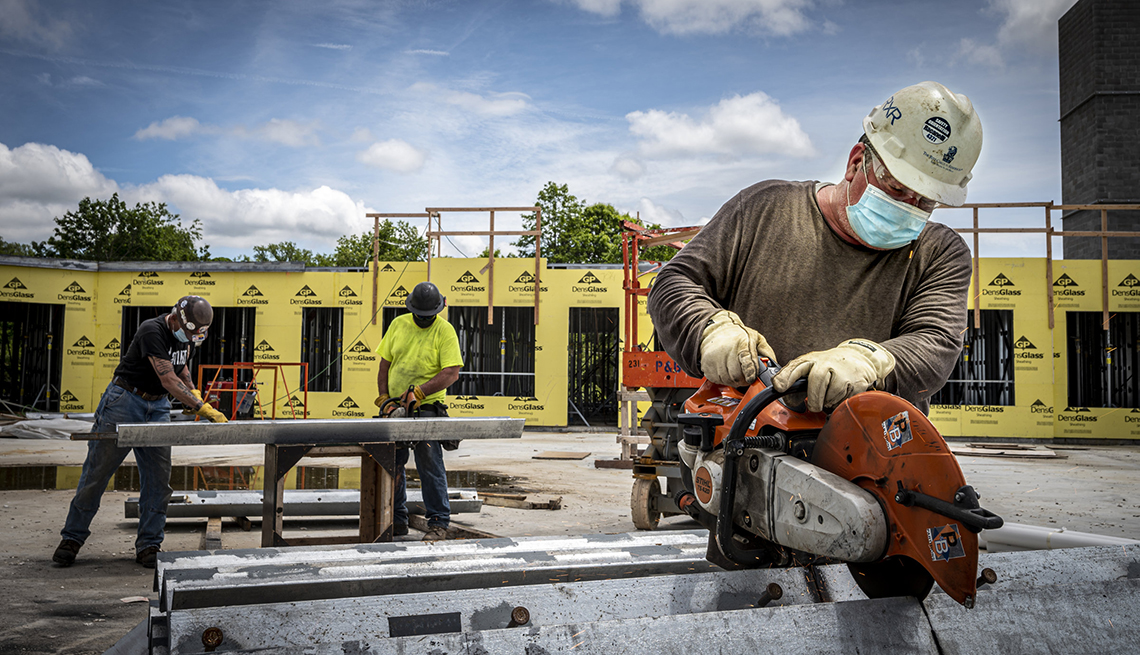 Since states and cities started easing the restrictions placed on businesses to deter the spread of the coronavirus, more people have returned to work. In June the unemployment rate for adults age 55 and older dropped to 9.7 percent, a decrease from 11.8 percent one month earlier, according to the U.S. Bureau of Labor Statistics (BLS).

The monthly BLS report shows encouraging signs that the labor market is starting to bounce back. The nation added 4.8 million jobs in June, making the overall unemployment rate 11.1 percent, down from 13.3 percent in May. There were, however, still 3.65 million people age 55 and older who were unemployed in June. And during the second week of July, another 1.3 million workers filed first-time unemployment claims, bring the total during the pandemic to more than 50 million.

"As with the job market more broadly, the unemployment rate for more senior workers is down from recent highs but still very much elevated,” says Mark Hamrick, senior economic analyst for Bankrate. “The dividing line between employed and unemployed during this downturn has been more about sectors involved than age."

In fact, many of the positions added in June were in fields that were hit hard with job losses earlier in the pandemic and that may struggle once more as states begin to enact restrictions on businesses once more to stem the coronavirus. Even so, there has been notable progress in getting people back to work. Here are 10 occupations that bounced back in June.

"Leisure and hospitality, including bars and restaurants, and retailing have been on the leading edge of the rise in joblessness,” Hamrick says. “As restrictions have lifted and, in some cases, returned again more recently with spikes in COVID-19, there's been a reversal of the earlier negative trends along with risk of renewed unemployment."

In June many state and local governments began to ease the restrictions they placed on nonessential stores and showplaces to deter the spread of the coronavirus. As a result, thousands of workers were able to either return to their jobs or find new positions in sales. According to BLS data, roughly 7.9 million people age 55 and older work in sales.

Early in the pandemic, many hospitals and health care facilities suspended elective medical procedures so valuable resources could be focused on those who had been infected with the coronavirus. In recent months some facilities have resumed these procedures, bringing back their workers. According to a study from the Center for Economic and Policy Research, 34.6 percent of health care workers are age 50 and older.

Manufacturing is one of the occupations that tend to see higher percentages of older workers. That's because people in these fields often stay with their employer longer than those in other private-sector industries. According to the Society for Human Resource Management, roughly 27 percent of workers in manufacturing are 55 and older.

More office workers have started to return to their jobs as local governments have begun to ease restrictions. They may find that their workplace has changed because of the procedures employers are putting in place to protect their employees and clients. Many peoples are wondering whether it is safe to return to the office. Advocates for workers have offered guidance on what employers may require their staff to do during the pandemic.

Construction projects are beginning to resume as restrictions to deter the spread of COVID-19 have been lifted. Before the pandemic the BLS had cited construction and building inspectors as among the most popular occupations for older adults. Indeed, more than 2.6 million people 55 and older worked in these fields in 2016.

Many older adults work in transportation occupations, whether it's driving a school bus or driving for Uber or another ride-hailing service. As daily activities resume across the country, the need for transportation workers to help people and goods get to their destinations is increasing.

The addition of jobs in June is encouraging, but government agencies may have to make cuts in the months ahead because of the tax revenue lost during the shutdowns earlier this year. Congress is expected to start negotiations on a new round of stimulus funding later in July. One thing to keep an eye on is whether the federal government will provide states with funding to offset their losses caused by the pandemic.

Many people in these fields are able to work remotely, so the job losses in financial professions have been relatively modest during the pandemic.

Information technology fields didn't experience losses anywhere near as high as those in other industries during the pandemic. In fact, some older programmers with knowledge of software from earlier eras were particularly sought after earlier this year, because states needed their help with antiquated computer systems used to process unemployment claims.

Editor’s note: This article, originally published on July 2, 2020, has been updated with new information about weekly first-time unemployment claims.

Older Workers May Be Retiring Early Because of the Coronavirus

10 Occupations Hit Hardest by the Pandemic