10 Resume Mistakes To Avoid In Your 50s

These common errors can hurt your chances of getting the job 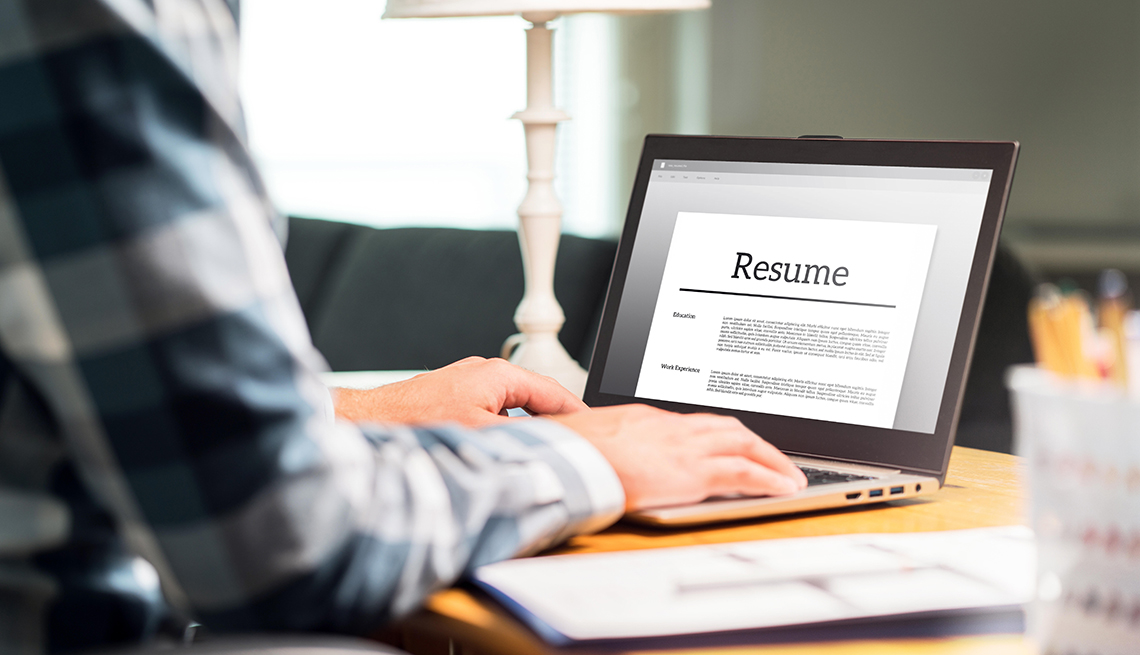 While unemployment levels may change over time, one thing remains certain: Your resume can make or break your chances to land an interview. And there are some mistakes that can be immediate deal breakers, depending on the recruiter. Others can just make it more difficult for you to land the job you want.

"The adage is true: You only get one chance to make a first impression, especially in the digital world,” says Vicki Salemi, career expert with job-search website Monster, based in Weston, Massachusetts.

And while some mistakes are obvious — like failing to proofread, others are less so. Here are 10 resume mistakes you will want to avoid as you prepare to go after your next big thing midcareer.

Even though it's among the most common advice given to job seekers, many applicants fail to proofread and ensure the document is free of grammar, spelling and punctuation errors and typos. In fact, in a 2018 TopResume survey, 79 percent of recruiters reported spelling and grammatical errors in a candidate's resume as their biggest deal breaker.

Mistake 2: Not including important keywords

Today, many companies use computer programs known as applicant tracking systems (ATS) to keep track of resumes and candidates. This human resources (HR) software acts as a database, allowing in-house recruiters to find candidates that have applied to the firm. The ATS looks for keywords that match its job descriptions. So, be sure your resume incorporates words from the job description.

Let's say the company is looking for someone to join the HR team as a recruiter. Include that word, as appropriate, in your titles and text. But also include a few synonyms, such as “talent acquisition professional” or “HR specialist,” so if ATS users search for other terms for the role, they will more easily find you, Salemi says.

Mistake 3: Using the same resume for every job opening

While it's tempting to get your resume just the way you like it and then use the same document for every prospective job opening, don't, says Laurie Berenson, founder of Sterling Career Concepts, a Franklin Lakes, New Jersey, career consulting firm. You've got a better chance of standing out if you customize the document based on each job description. Plus, any person reading the resume will be able to see why you're right for the job.

"It's all about helping them connect the dots easier — helping them see that you're a strong fit for the role,” Berenson says.

Mistake 4: Going heavy on the jargon

While some may think that industry jargon makes them sound in the know, a little goes a long way, says Matthew Warzel, president of MJW Careers, LLC, a Wilmington, North Carolina, career coaching and resume writing firm. While you should use terms that are commonly used in the job for which you are applying, use a light touch with acronyms, abbreviations and jargon, he says. If the people who initially read your resume don't understand what you've written, “how will they pass it to the next level of decision makers?” he says.

Just like clothing and hairstyles, resume fashions change, too. Objective statements are out. So is that ubiquitous “references available upon request,” Berenson says.

What's in? Include a brief executive summary section with a headline, branded tagline, short summary paragraph, and a list of areas of expertise. Also, avoid using clichés. “Results-oriented” and “hardworking” are overdone. “Any phrase that could be included on everyone's resume shouldn't go on yours,” she says.

Monster's 2019 State of the Candidate survey found that a whopping 85 percent of candidates exaggerate skills and competencies on their resumes. That's the kind of thing that will catch up with you, Salemi says. “You should not embellish or lie,” she says. She says that hiring managers can usually tell. And misleading the company could be grounds for termination if it's discovered later on. Just stick to the facts.

Mistake 7: Not being consistent

It's a good idea to ensure that the dates, titles, responsibilities and other details on your resume are reflected in your profiles on LinkedIn and other social media platforms, too, Warzel says. And they should also be the same as what you put on your job application, Salemi says. Otherwise, questions could arise about why there are discrepancies.

Mistake 8: Including too much experience

Resumes that are too long can lose the reader, Warzel says. If you've got some experience under your belt, you can have a resume that is two pages. But, unless it's the norm in your industry, don't go too much more than that, he says.

Berenson agrees. “I would question whether all of that content is truly relevant and value-added for this particular job target,” she says. A better bet: Prune your resume to reflect the most relevant experience.

Mistake 9: Not including all of your skills

While you don’t want your resume to be too long, make certain that it does reference any of your skills that might be relevant for the position you are applying for. That means you should think about all of the things you do such as volunteer work, church responsibilities, caregiving, and social clubs to identify experience that could make you a stronger candidate to get hired. Most employers place a premium on soft skills, which essentially are your awareness of how to work with others effectively. These types of non-work activities often are an excellent place to develop these abilities.

Technically, this one isn’t a resume mistake, but it can become one when job candidates assume that their resumes and LinkedIn profiles are enough to convince employers to hire them without a cover letter. According to a survey from TopResume, which has partnered with AARP for the Resume Advisor service, nearly half of recruiters (48 percent) said they are more likely to read a cover letter now than they were before the pandemic. Take the time to make the case for why you should get hired in your cover letter.

Avoiding these 10 common mistakes can help you stand out from the crowd. And, regardless of the size of the applicant field, that's a good start. 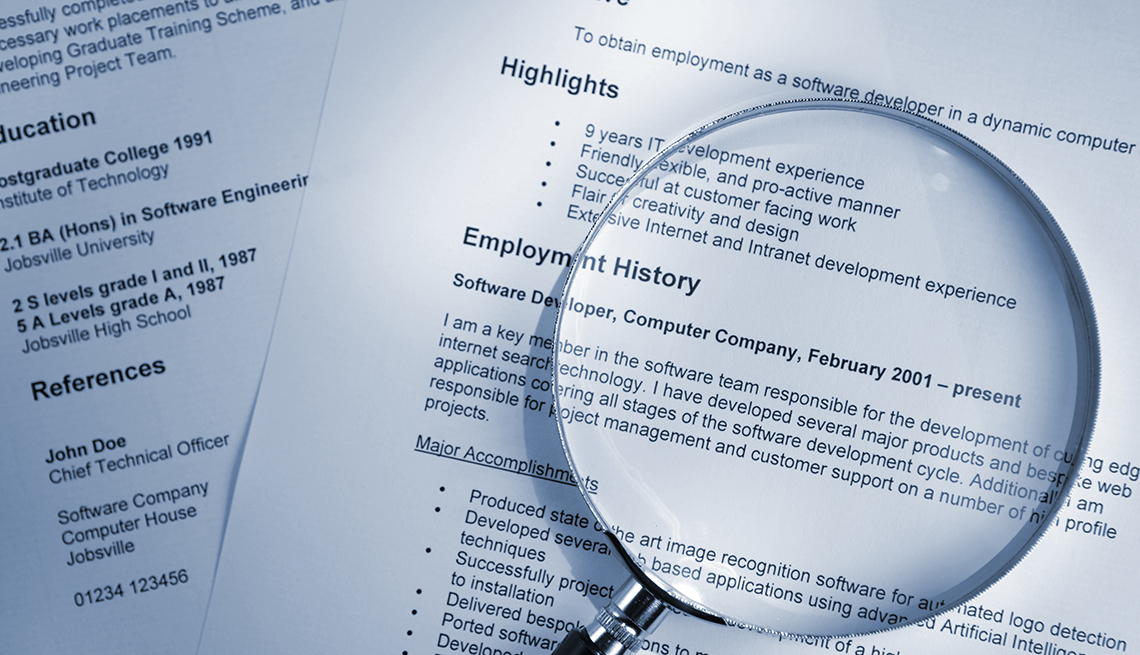 How to Handle Layoffs and Other Gaps on Your Résumé 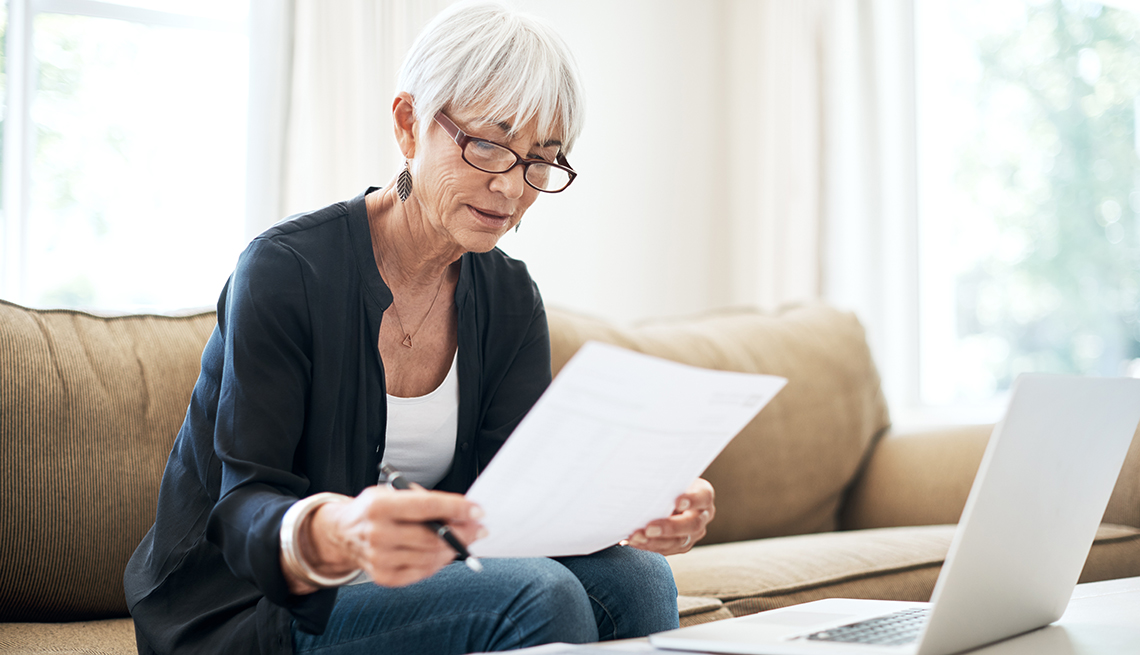 Why You Should Give Your Résumé an Update