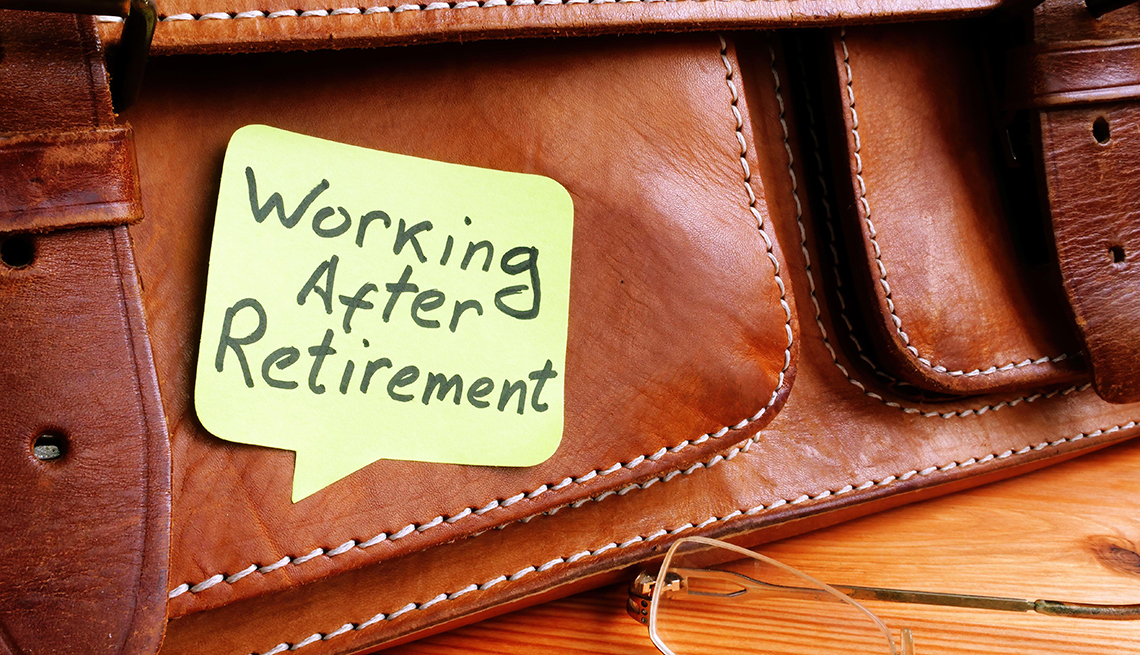 After nearly three decades working with ManpowerGroup in the Steubenville, Ohio area, most recently as a market manager, Laurel McDowell decided it was time to retire. But she barely had time to enjoy it before the corporate office contacted her about coming back to work. They wanted McDowell to spearhead an initiative that would target older workers and help them find jobs.

McDowell was intrigued by the opportunity to address a true need in the market. She believed in the benefits of hiring experienced workers. (“They’re dependable, they’re loyal, they come with a high skill set and are able to problem-solve,” she says.) And her experience made her well-suited to head up this initiative. But she also wanted more flexibility in her life. Soon, she was able to come to an agreement with her former employer and joined their team, heading up Job Connections for Mature Workers, which has consulted with about 350 mature workers.

The historically tight labor market ﻿with the opportunities it holds is one reason some retirees may want to go back to work now. Others may find that either retired life isn’t how they pictured it, or they may need to work for financial reasons, says Carol Fishman Cohen, CEO and founder of iRelaunch, a career reentry consulting, training and events company. And such rehires are happening even at the highest levels. Cohen points to Carol Tomé, who had retired from leading The Home Depot ﻿in 2019 ﻿but returned to ﻿work as CEO at UPS in 2020.

Many retirees are thinking about going back

McDowell isn’t the only one coming out of retirement to seek new opportunities. A September 2021 survey by Resume Builder found that 34 percent of retirees have considered going back to work because of job opportunities that are now available. And ﻿1 in 5 retirees (20 percent) say past employers have asked them to return because of the labor shortage.

Career strategist Saundra Botts with the job search firm ExecuNet specializes in helping people age 50-plus find new jobs. She’s seen an uptick ﻿in demand for retirees and older workers in general. As companies grapple with both a tight labor market and record-setting numbers of employees leaving their jobs, experience is in demand, she says. But retirees may also see opportunities to be choosier and make an impact with their next work experience. “The biggest change I’ve seen is that when companies are in sort of a time of uncharted change, they really reach out to somebody who can help them navigate those waters,” she says.

Gregory O’Connell sold his corporate turnaround consulting company in 2018 and retired, although he knew he’d eventually find the right opportunity to use his skills again. He is being courted regularly by those seeking to hire him. “Based on the demand, [I] have almost been forced, if you will, to listen to a lot of employers ﻿who are reaching out and looking,” he says. “I wouldn’t say I was actively looking for a position, but the market sectors and the demand as such presents a new sort of opportunity.” O’Connell is currently considering his options.

Choosing what works for you

Returning to work after retirement may involve a range of considerations, of course. First, some retirees want to ﻿work full-time, but others need flexibility. Some of Botts’ clients left their jobs to do something that is meaningful to them, whether pursuing a role with a nonprofit or spending more time with grandchildren.

As McDowell considered the opportunity, she knew she didn’t want to work full﻿ time. She needed flexibility for other aspects of her life. “They met my needs on my terms, because they valued the experience and the expertise that I had, and they didn’t want it to walk out the door,” she says.

There may also be financial considerations. If a retiree is collecting Social Security and has not reached full retirement age and also earns income from work, ﻿his or her retirement benefit may be reduced for that year. And if the employee is taking disbursements from a qualified retirement plan, earnings may bump ﻿him into a higher tax bracket. So, it’s important for any retiree receiving retirement benefits to consult a tax professional to determine the impact of taking a job on ﻿her overall financial situation.

Employers and retirees should have frank conversations about the value they bring and the role that needs to be filled, Botts says. Retirees may be looking for remote work options, as well as the ability to make a difference in the organization, she adds. One of the opportunities O’Connell is considering is in the oil and gas industry. While he says he doesn’t have experience in that area, his logistics and operational skills are transferrable. “And with that comes the notion of coaching more junior managers,” he says. “Oil and gas, finance, the real estate sector, insurance sector. It’s interesting, the number of sectors that are reaching out [to me],” he adds.

And if the retiree has been away from the workforce for a longer period of time, it may worthwhile to ask whether potential employers support programs to help returnees get up to speed and comfortable with changes in technology and other organizational aspects, Cohen says. Such programs can help build confidence, upskill employees﻿ and give new hires an opportunity to meet other people in the organization.

The state of the labor market and the “Great Resignation”﻿ —﻿ as the current exodus of employees leaving jobs has been called﻿ —﻿ offer new opportunities for retirees who may want to get back to work. As these experienced professionals decide to update their résumés and LinkedIn profiles, they may also be an important solution for companies struggling to find the right talent.

Gwen Moran is a contributing writer for AARP who specializes in business and finance. Her work has appeared in many leading business publications and websites, including Entrepreneur, Kiplinger.com, Newsweek.com, and ﻿the﻿ Los Angeles Times Magazine.

Editor’s note: A previous version of this article published on Jan. 13, 2022, misidentified Laurel McDowell as ManpowerGroup franchise owner. McDowell was a market manager for that business.

6 Ways to Find Companies That Are Hiring Retirees