They are the fastest-growing part of the labor force, data shows 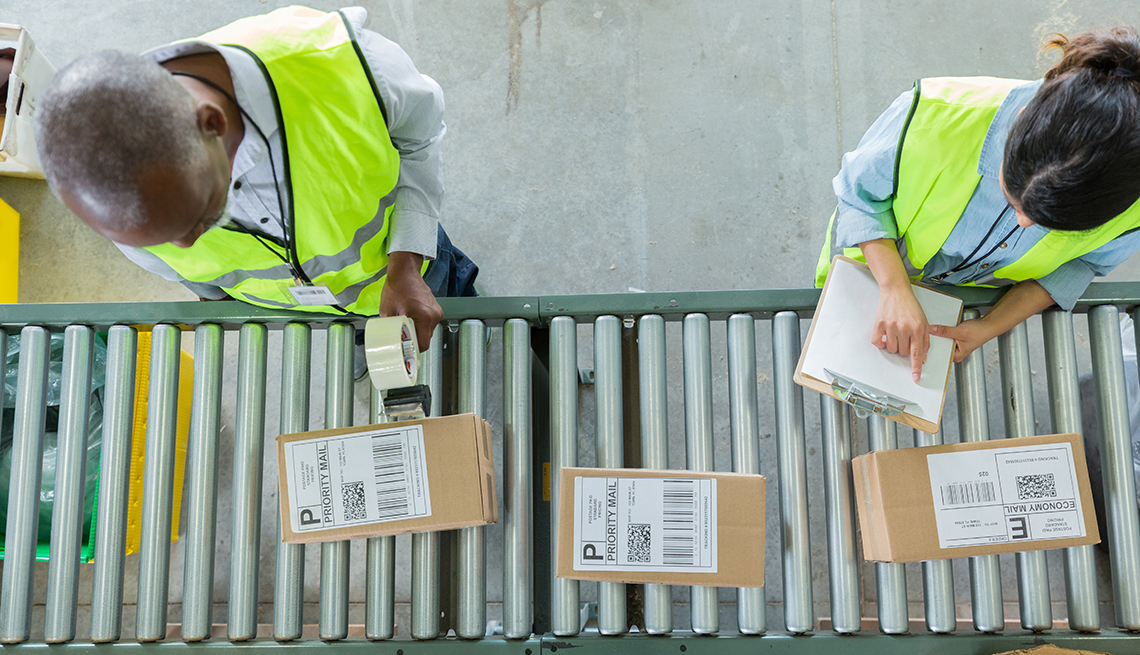 Bill Corse, 81, has been working for UPS for more than 43 years now, making deliveries near Quincy, Illinois. And he has no plans to retire anytime soon because he enjoys the job.

"I've had a lot of people tell me that they've said, ‘If it's on Bill's truck, I'll get it that day, no matter what,’ “ he says, describing the connections he's built with people during four decades on his daily route through small towns where the Mississippi River divides Illinois from Missouri. “They've all got my cellphone number, so they'll call me if they need a [package] really bad."

In fact, workers age 65 and older are becoming a larger share of the nation's workforce. Many continue to work for years after the traditional retirement ages. Like Corse — who says he drives “around 200 miles a day and 90-some stops” — many stay on the job because they like the work and do it well. Some also stay employed to build savings for retirement or to delay claiming Social Security benefits, which can lead to a larger monthly benefit once they do.

The U.S. Bureau of Labor Statistics (BLS) projects that by 2024 — just five years from now — 13 million people age 65 and older will still be working. These older workers will constitute the fastest-growing segment of the workforce from 2014 to 2024. While the total number of workers is expected to increase by 5 percent over those 10 years, the number of workers ages 65 to 74 will swell by 55 percent. For people 75 and older, the total will grow a whopping 86 percent, according to BLS projections.

The reasons these adults continue to work past traditional retirement ages are varied and personal; the impact their experience and ability can have nationally and globally is significant. A report from the Organization for Economic Cooperation and Development (OECD) notes that in “the context of population aging, mobilizing the potential labor force more fully and sustaining high productivity at an older age are critical."

These workers “are vital because they have a lot of experience,” says Stefano Scarpetta, director of employment, labor and social affairs for the OECD. “They've been contributing to the economy and to their own work. They're living longer in good [health]. They have a great potential. And this notion that beyond a certain fixed age they are no longer productive, that they can no longer contribute to the society, is nonsense."

Some signs suggest that employers are beginning to think about what they can do to include workers 65 and older help them be more successful on the job.

"This historic surge of 65+ workers in the coming decades is also likely to surface new challenges — most importantly, rising ageism in the workplace — that employers will be under increasing pressure to combat,” says Andrew Chamberlain, chief economist for Glassdoor, an online job-search portal that also studies workforce trends. In his study on job and hiring trends for 2020, he notes: “Employers who broaden their definition of inclusivity to welcome older workers, and develop the learning programs to make the most of the 65+ talent pool, will enjoy a strategic hiring advantage in 2020 and beyond."

But for workers like Corse, the goal is not so much to be part of a growing trend but to continue doing work they find fulfilling. In particular, he cited the relationships he has with his fellow drivers and the people on his route, who even sometimes send him Christmas cards.

"It's just amazing how you can become such good friends with people when you have one minute at the most — and two minutes, maybe — when you deliver to somebody,” Corse says. “I like the job and I've always liked to be around people and help them, you know."

Where the Jobs Are for Older Workers

Many work in coastal metro areas, but parts of Colorado and Kansas also show growth

Labor needs growing in these fields that hire many 55+ Americans