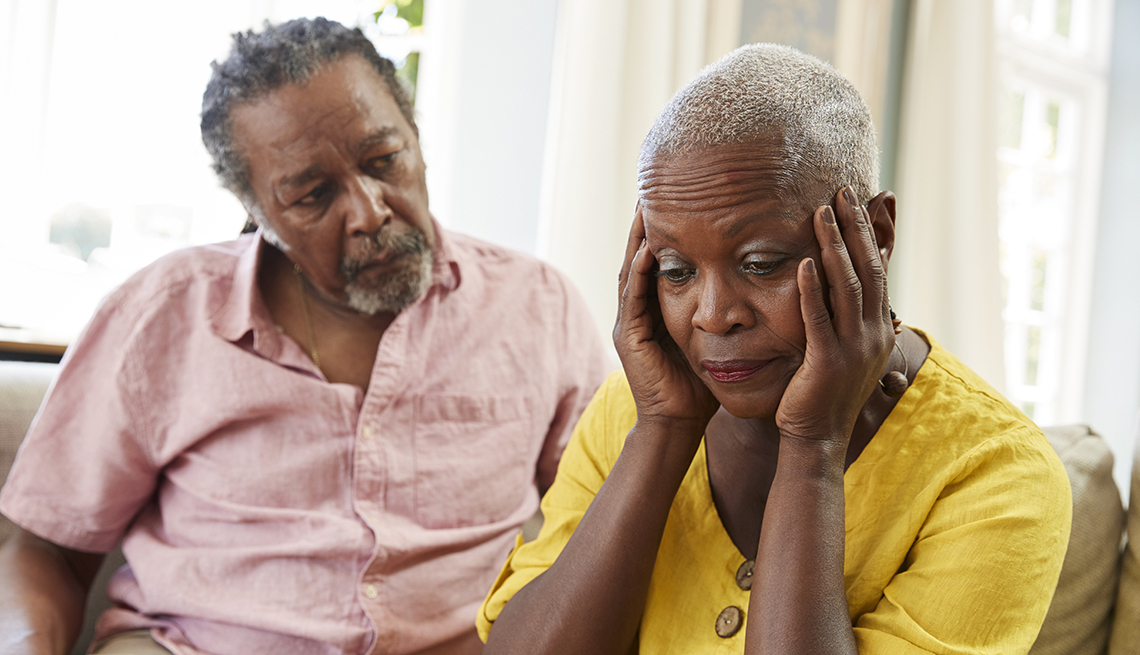 The unemployment crisis that has left millions of Americans desperate for work for nearly a year is hitting Black older adults and Black-owned businesses especially hard, according to new research.

Since last April, Black adults age 55 and older have been 26 percent more likely than white workers to lose their jobs from month to month, according to a study from Retirement Equity Lab at the New School. Nearly one-third of all unemployed 55-plus Black workers left the workforce permanently in September alone, double the number of unemployed white workers in the same age group.

"The data make it clear that the pandemic recession is a game-changer for older workers, especially older people of color,” said Teresa Ghilarducci, economist and director of the Retirement Equity Lab. “Forced out of the labor market by the pandemic, these workers might never recover."

The gap between unemployment rates for Blacks and whites is a persistent problem nationwide even when the economy is good. But this recession has caused that gap to increase. For example, among the overall population of white older workers, employment dropped 4 percent during the pandemic. But among Black older workers, employment fell by 10 percent. That difference is partially due to the fields in which workers of different races may be concentrated.

"I think it's clear occupational segregation,” says Jhacova Williams, an associate economist at the RAND Corporation. “What you see is Blacks are overrepresented in certain professions, in particular, the health profession, home health care, aides, things of that nature. And when you're looking at older workers, to some extent, they're going to be more segregated to certain jobs, they're going to be limited in resources that they had, and the things that they could do, just because of when they were born, unfortunately. That's the reason why you're really seeing these high unemployment rates for older Black workers."

"During recessions, Black workers are the first ones kicked out and the last ones to be get rehired,” says Michael Papadopoulos, a research associate at the New School. “So, we would expect that the racial gap in unemployment is going to continue in 2021, because that's how it has always been in normal recessions. However, particular to this recession, is that in order for an older worker to confidently go back into the labor force, they will probably need to, they'll probably need to get vaccinated."

"If the vaccination rates between whites and non-whites continue to lag, that will make Black older adults less likely to go back to work,” Ghilarducci says.

Despite the difficulties Black workers face in the job market, Ghilarducci says it's important that they continue to look for new jobs rather than retire. Unplanned early retirement can increase the chances of living in poverty as people outlive their savings or encounter unexpected expenses.

"Whatever you do, keep on looking to work, because giving up is really bad for your future,” she says.

If you are unemployed, she also recommends seeking assistance through a federally funded Senior Community Service Employment Program (SCSEP) in your region. These programs offer job training and employment opportunities for lower-income adults age 55 and older. AARP Foundation operates many SCSEP programs across the country.

Based on the success of the extended unemployment benefits created by federal relief legislation last year, the Retirement Equity Lab also says that Congress should consider permanently offering extended benefits to people age 55 and older, who typically take longer to find jobs even when the economy is strong. Permanently extending these benefits for older adults could help Black older adults stay in the workforce because it often takes them longer to find jobs due to biases based on age and race.

During recessions, Black workers are the first ones kicked out and the last ones to be get rehired.

— Michael Papadopoulos, a research associate at the New School

From February to April last year, nearly 41 percent of all Black-owned businesses closed their doors for good, according to the National Bureau of Economic Research. But despite the need for assistance, these businesses accounted for less than 2 percent of the 4 million small businesses that received loans during the first round of federal Paycheck Protection Program (PPP) aid. Roughly 50 percent of all small business owners are between the ages of 50 and 88, according to Small Business Trends.

The federal government responded to this disparity by giving minority- and women-owned businesses early access to the most recent round of PPP aid. And the Small Business Administration (SBA) recently announced that it will revise many of its application requirements so that businesses with fewer than 10 employees and people who work as independent contractors or freelancers can more easily qualify for aid.

Those changes could help many Black-owned businesses. But to access this assistance, they still will need to provide the essential paperwork and develop relationships with lenders, two necessities that hindered these businesses in the earlier rounds of PPP funding.

"This is the case with any small business, but it's much more pronounced in Black-owned and Latinx businesses,” says Ian Hardman, vice president and general manager of Small Business at H&R Block.

"In many cases, there was just not enough financial readiness or tax readiness. That's not just the case for some Black-owned businesses; that's true for most small businesses. But the problem was worse in the minority business community."

To help Black-owned small businesses, H&R Block recently launched a pilot program with the Urban League of Greater Kansas City. Through the league, Block's small-business certified tax professionals will offer coaching and other services designed to help businesses improve their financial management, tax compliance, bookkeeping and payroll. Improving those practices and records could help these businesses get loans when they need to. The Urban League will offer free credit-building services.

If successful, the program could expand nationwide, Hardman says.

"Readiness for a financial transaction is often a big challenge for small businesses,” says Hardman. “There is no shortage of individual owners trying to go it alone. And if you overlay that with a history of poor access to capital or other systemic challenges, those Black-owned businesses are in a more precarious position. What we're saying to all small business owners, but especially those within the minority sector, is do not go it alone. There is help available"

Age Bias Could Lead to Job Loss This Year, Many Workers Fear