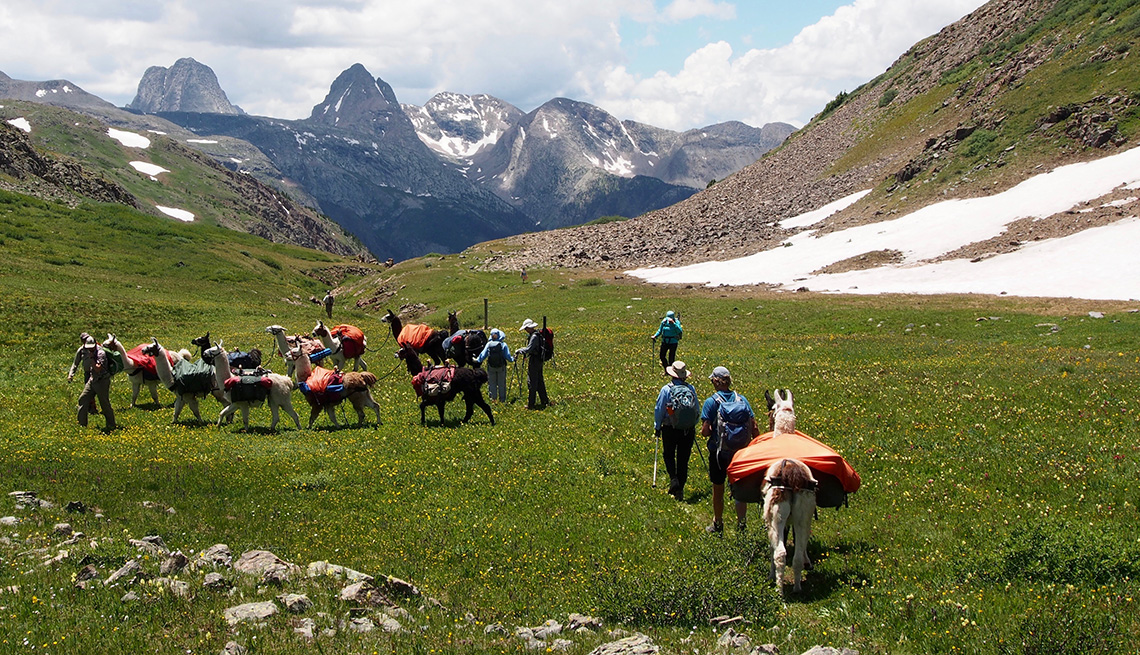 En español | Ten to 20 years ago, I would happily strap on a 30-pound pack full of camping gear to trek into the coastal or mountain wilderness of Northern California for a multiday trip. Now in my 50s, I still have that old stamina and wanderlust, but the prospect of tackling steep mountains with cranky knees is more daunting. And carrying a heavy backpack for days at a time is simply no longer an option, so I had assumed my trekking days were over.

That was before last summer, when I discovered llamas. They’re “the backpack that walks,” as Bill Redwood refers to his specially trained animals. The founder of Redwood Llamas, based in Silverton, Colo., Redwood has been running multiday guided llama trekking tours since 1986. He says many of his clients are over 50 — “backpacking enthusiasts who, because of aging backs, sore knees and muscles, want to ease the weight. Llamas solve that problem.”

Llamas are sometimes called the camels of South America. Both animals belong to the Camelidae family, but llamas don’t have humps, are smaller and you don’t ride them. Low maintenance, they’re renowned for their ability to cover long distances (up to 20 miles a day) in harsh environments as pack animals. And they can carry as much as 80 pounds.

I was sold on Redwood’s five-day full-service trek deep into Colorado’s Weminuche Wilderness ($1,550 per person) when I learned that all I needed to carry was my seven-pound day pack and water. The llamas would tote all our gear, including the tents, sleeping bags and pads, chairs, prep tables, grill, cooking pots, pans and utensils; all the food; water filters for mountain streams; and even the wine and beer. Plus, there would be no need to bring feed grain, since llamas easily fuel up on grass alongside trails and campsites. I was a little nervous about my endurance, but Redwood assured me that I could do it — and, considering the llamas, I agreed. 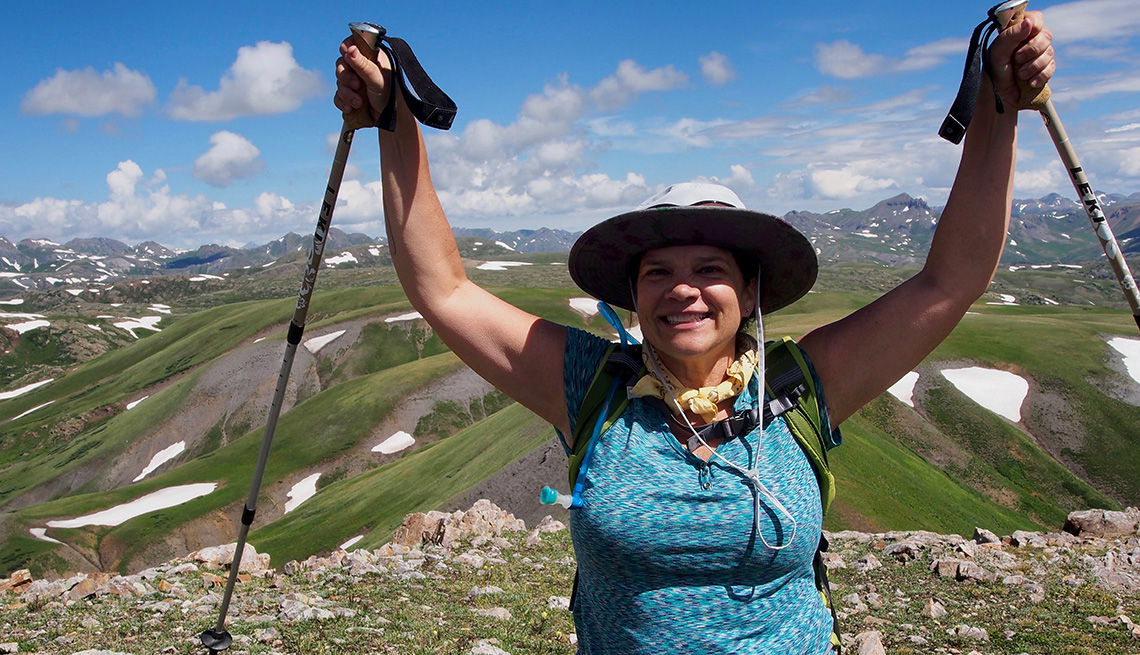 Gigi Ragland on her tour in Colorado.

Our small group of nine hikers, three guides and 12 loaded llamas trekked through a high mountain paradise of pristine Alpine lakes, vast wildflower meadows, sloping green valleys and snowcapped peaks. It’s easy to see how the sure-footed woolly pack animals become indispensable, allowing you to go where you didn’t think you could when hiking mountain peaks at 12,000 to 13,000 feet along twisting trails. I still huffed and puffed a bit, but because I wasn’t carrying a heavy load, I was able to focus on the route and take in the postcard-worthy panoramic views.

Each guide led a roped string of four llamas, which were the stars of the trail. Other trekkers would quickly pull out cameras from their packs to snap a few pictures as our people-llama parade traipsed by in single file. Once at the campsite, the guides would stake the llamas with ropes near the tents, where they would munch on the Alpine grass buffet and rest upright or kneel for the night. They’re such quiet and gentle creatures that we hardly knew they were there except for the occasional humming sound they made, or when — alerted by a strange noise — they would all prick up their ears and swivel their heads in unison.

On the last day, after four nights in sublime solitude under the cloak of starry skies, our small caravan made a six-and-a half-mile descent to the pickup point, a historic mining area in Cunningham Gulch. Along the way, we crisscrossed narrow gullies and rocky paths etched with snowmelt, breathing in wonderful vitamin FA (fresh air). Down by the trucks where the trailers were hitched, waiting for the llamas, Redwood was there to greet us all. Sweaty, mud splattered, probably smelly, too, I was smiling ear to ear. He grinned back and said, “See, I knew you could do it.”