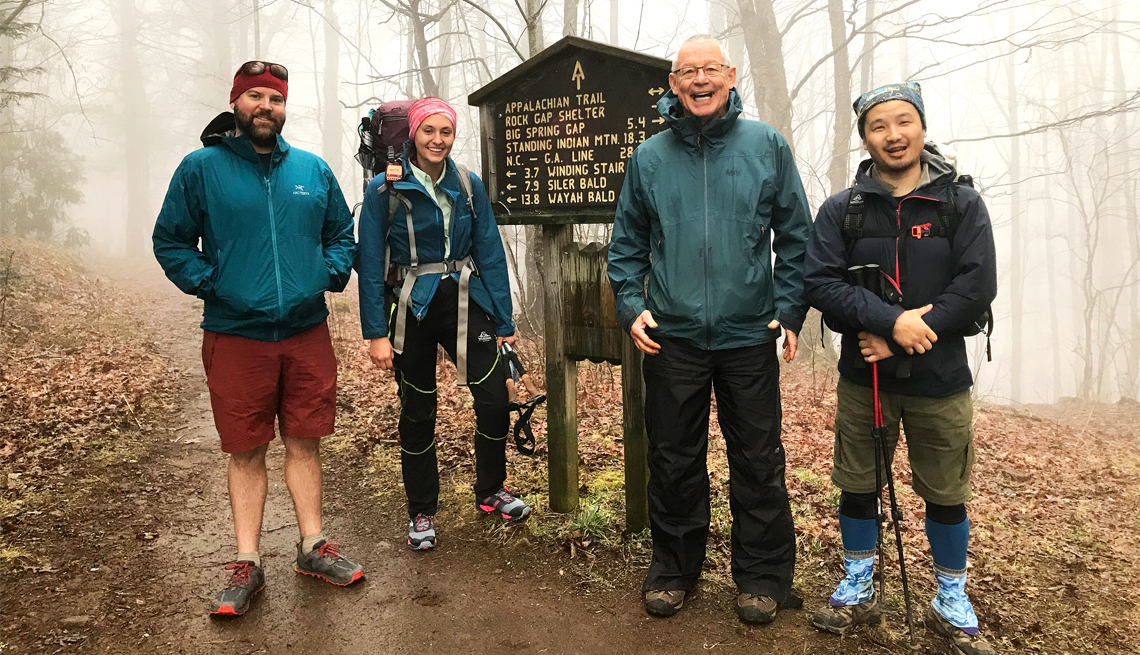 If you think conquering something called the “Triple Crown” is an event reserved only for our four-legged equestrian friends, think again. There’s another type of Triple Crown, and it’s a journey so physically demanding and daunting, more people have walked on the moon than successfully completed it. And yet a 71-year-old man from Arizona is currently traversing his way across three of our country’s most treasured trails in an attempt to complete the coveted Triple Crown of hiking.

Meet Mike Fagan, a soft-spoken fitness guru and health-food store owner, who in the span of one calendar year plans to hike the 2,190-mile Appalachian, 2,650-mile Pacific Crest and 3,100-mile Continental Divide trails. When completed, he will have covered almost 8,000 miles — or an average of about 22 miles a day. The feat typically takes at least three years to complete but, for a select few, it takes only 12 months, an accomplishment dubbed the Calendar-Year Triple Crown. The achievement is comparable to walking across the United States twice with still a quarter of the trip left.

So what would drive a man to spend one of his relaxing retirement years doing the absolute antithesis of relaxing and retiring? A deep desire to do something remarkable, all in the hopes of getting his fellow peers age 50 and over moving. He says, “The greatest return on investment you can give yourself is your health and fitness.”

Fagan’s passion and drive to inspire others is clearly evident the minute he begins speaking about the physically and mentally taxing task of hiking the three famed trails, an effort he admits will likely have many unforeseen challenges along the way. But it’s his stark determination and can-do attitude that leave little doubt that he’ll be able to finish the Triple Crown in both good health and good spirits, and in one calendar year. To physically prepare for the task, Fagan kept up his normal exercise routine of walking and strength training. Even so, he concedes not being in “trail shape” when starting the hike. However, he has confidence that his body will not fail him, and will adapt to the grueling hike as he progresses.

Fagan has long been a proponent of the importance of exercise and movement in the second half of life, and though he will be attempting something that few can even comprehend, he’s quick to note that it doesn’t take a year-long hike to gain a healthy return on exercise after age 50. “It can be done in 30 minutes a day, and it doesn’t have be rigorous,” he states. He notes that for older folks, “moving” may require doing things they thought they were no longer capable of.

“You’re going to have to get out of your comfort zone a little, but that can be done in just a few days a week, and you will still see benefits,” he adds.

Of course a trek this complicated takes monumental planning and coordination, as well as hundreds of volunteers along the way to ensure Fagan’s safety and success. The entire project is being sponsored by Gold Canyon Heart and Home (GCHH), a nonprofit organization that focuses on developing community betterment projects. GCHH, in collaboration with AARP Arizona, has been working tirelessly to promote Fagan’s quest, and the idea of “age disruption.”

Joseph Chiappetta Jr., project development specialist at GCHH, is spearheading Fagan’s Triple Crown effort, and states, “Our mission as Mike’s sponsor is to basically encourage people to hike with Mike, and to involve as many people 50 and older as possible, as he will be tracked by GPS satellite ... we also want to bring awareness to conservancy groups like the Trail Conservancy that are helping us coordinate many of Mike’s hikes.” He adds that GCHH would like Fagan’s journey to become a real “community effort,” and for fellow older adults to hike side by side with him if they’re able to do so, even if it’s just for a brief period.

Folks who would like to join Fagan on any of the trails can track his progress via the GCHH website, and they’re welcome to jump in to give him some much needed company — ideally meeting near trailheads. There may even be a celebrity joining him. Piper Kerman, author of Orange Is the New Black and an enthusiastic supporter of the “disrupt again” mentality, will be joining him next month along the Appalachian Trail.

Additionally, Fagan plans to do some speaking engagements involving local community groups during his periodic overnight stopovers along each trail, and those events will be announced via the GCHH website, and on Fagan’s social media channels. Chiappetta adds, “One person hiking the Triple Crown can inspire thousands. One person hiking the Triple Crown with the support and active participation of others in their age group creates the opportunity to inspire millions.”

AARP Arizona State Director Dana Marie Kennedy agrees, and hopes Fagan’s journey across 22 states will further promote AARP’s mission to “disrupt aging" — or to smash stereotypes of those over age 50. She says, “We sincerely hope many of our AARP members get inspired to live their lives to the max and to make it their purpose to stay active as they age. Mike should be viewed as an inspiration for all. Age is just a number and shouldn't define or limit us.”

As for Fagan, who began his Triple Crown journey Feb. 5 at Springer Mountain, the infamous start of the Appalachian Trail, his dream is for the focus to not be on him, but rather on everyone out there who thinks their bodies are too old for feats of physical endurance. He says, “I want people to not just see me hiking across the country, but to see themselves in me, so they think, ‘If he can do it, why not me?’ ”

For more information and how you can support or be part of the volunteer unit helping Fagan, visit the GCHH website.

Additionally, you can track his exact whereabouts on the trails via his GPS.